With Take 31 and Her Name Is Han in its robust roster, plus a role in hits like Atomix, Hand Hospitality is catering to New York’s appetite for creative Korean cuisine

Share All sharing options for: Meet the Team Behind Some of NYC’s Most Inventive Korean Restaurants

The best Korean food in Manhattan has historically fallen into two camps: the raucous, old-school restaurants of Koreatown and the hushed, haute-cuisine refinement of Michelin-starred restaurants like Jungsik. But for the last eight years, Hand Hospitality, the restaurant group founded by Kihyun Lee, has developed the sweet spot between the two, building an empire with a stylish yet playful sensibility, often remixing Korean cuisine specifically for the trend-defining, effortlessly chic Korean expats who have made New York their home. 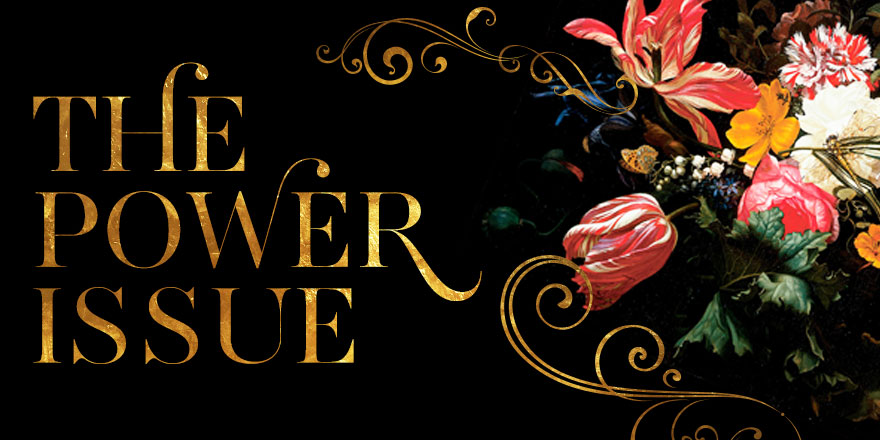 Lee, 39, kicked things off with his first restaurant, Korean gastropub Take 31, in 2011, which he opened while studying international trade marketing at the Fashion Institute of Technology. Hand has since opened seven more restaurants specializing in Korean and Japanese food, ranging from yakitori hotspot Nonono to homey K-town favorite Her Name Is Han. Each restaurant reflects the friendly atmosphere that Lee and his partners strive for, down to the choice of the company’s name, which is an acronym for “have a nice day.” To this day, Take 31 and Her Name Is Han are packed, showing that creative, original Korean restaurants have an eager audience in Manhattan.

Beyond its own cluster of restaurants, Hand has worked on other game-changing establishments, offering operational support such as menu design and construction assistance. The company played a role in the debuts of minimalist-chic Atoboy and its Michelin-starred fine dining cousin, Atomix — both of which have expanded New York’s vision of what Korean dining in the city can be. Even more new restaurants and collaborations are in the works for Hand, too.

It’s a position that makes Hand one of the biggest players in how people eat in New York today. “We never thought about how we’d impact New York City dining,” Lee told Eater. Instead, he says, he wanted to offer his diners the kind of warm hospitality that he learned from his mother, who helps run the family’s small restaurant outside a U.S. military base in Korea. “Their customers are a lot of American soldiers, and my mom cannot speak English well,” he says. Yet somehow, he says, she’s able to make anyone feel welcome.

In opening Hand Hospitality’s restaurants, Lee, in a way, has been reinterpreting his mother’s brand of comfort for the Manhattan dining scene. In his team’s hands, Korean food is cool without being intimidating. That style is on display at On, a Korean hot pot restaurant that the company opened last February. With its polished concrete decor, On could come across as cold, but the restaurant is balanced by personable servers who attend to every detail of the meal over tabletop induction burners. Diners get the pleasure of sitting back and marveling over the food: meticulously steamed rice, tender red snapper, a well-timed noodle course, and so on.

A hospitality-focused meal relies on the server, making the hiring process essential for a company like Hand. But it’s not just about seeking “‘high-quality’ staff,” says Jin Choi, 31, general manager for On and Her Name Is Han, who started as a server himself at Take 31. “It’s about sharing our ideas, our concepts, our thinking, and emotionally connecting with each other,” Choi says. Even at its most entry-level positions, the company looks for employees who are emotionally invested and ready to claim a sense of ownership in the restaurants.

Alex Park, 34, who oversees Take 31 and Cho Dang Gol, also followed the server-to-management path. Likewise, the company’s in-house accountant started as a server at Her Name Is Han, Lee says. She transferred to Hand Hospitality’s corporate office after receiving her CPA license.

Lee’s relationships-first outlook carries over into all aspects of the business, from building his own team from the bottom up to cultivating a network of fellow Korean restaurateurs. His leadership style is about shared success, and he doesn’t seem interested in being the face of his company (he wanted this article to include interviews with other managers) or the face of modern Korean food in New York, despite his involvement with many of its standard bearers.

Besides its own popular restaurants, Hand’s prolific consulting business has contributed to some of the city’s highest-profile new Korean restaurants, like Atomix and Atoboy. The company worked with husband-and-wife team Junghyun and Ellia Park throughout the opening process for both spots, providing support with construction, accounting, and menu design. Chef and co-owner Junghyun Park was friends with Lee before enlisting his help, believing that they shared a mission of “always striving to better ourselves and motivating each other to evolve.” “We have trust and respect for each other,” Park says.

‘I want to make the kind of restaurant that would be good enough to be my last meal.’

Park introduced Lee to chef Hoyoung Kim, the former executive chef of Jungsik, who hired Hand to help him with his wood-fired cooking restaurant Jua, which is expected to open soon. “Hand is not just about helping you open a great restaurant. They provide impeccable services such as accounting, designing, marketing, R&D, and facility managing,” Kim says. “Thanks to Hand, I focus solely on restaurant management and, most importantly, the food.”

At eight restaurants and counting, Hand Hospitality is taking on new projects at an impressive pace. Lee jokes that whenever he tells his mother about a new restaurant he’s opening, she wishes that he’d give it a rest.

But the word is spreading about Hand’s successes, and its community and reach are growing in turn: In 2020, look out for a new Thai restaurant, and possibly an expansion to LA as well. “Humans are always linked to food. Because of food, we’re alive,” Lee says of his constant drive for improvement. “We can’t choose our first meal, but we can choose our last. That always remains in my head: I want to make the kind of restaurant that would be good enough to be my last meal.”

Hannah Bae and Adam Oelsner are a wife-and-husband team who collaborate on their food writing and illustration project, Eat Drink Draw.