Share All sharing options for: Sizzling Filipino Fare Gets Its Due at Mama Fina’s in East Village

Review and information for Mama Fina's

Who doesn’t love hash? Though the term is originally French, this mince-up of meat morsels is common to many culinary cultures as a method of using scraps and leftovers. One of the tastiest comes from the island of Luzon in the Philippines, home to the capital of Manila. Dubbed sisig, it started out as a tart papaya salad in the 18th century (“sisigan” means “to make it tart” in Tagalog), but by the 20th century, it was being fabricated with finely minced pig-head and liver. According to one story, this version was invented by local Filipinos using pig parts discarded by cooks at an American Air Force base in Angeles City.

True story or not, sisig exploded in popularity after World War II, when the larders of the country expanded, and cooks began using other main ingredients. When the dish came to be served in a hot cast-iron skillet as a favorite street food, an alliterative modifier was added and “sizzling sisig” was born. Its popularity here in America only increased when Anthony Bourdain lauded it as a drinking snack: “I think sisig is perfectly positioned to win the hearts and minds of the world as a whole…exactly what you need after a few beers.”

Mama Fina’s House of Filipino Sisig seems intent on fulfilling that promise. This new Alphabet City restaurant is a branch of an Elmwood Park, New Jersey mainstay that opened in 2004. Occupying the former Moonstruck Eatery on Avenue A just south of 11th Street, the bar and dining room have been decorated with Philippine fork art: rustic pottery, sculptures made from screws and bolts, and peacock serving trays of inlaid tropical woods. Ornate wrought-iron lamps, flagstone floor, and weathered wood walls also fill the space.

Chef Aming Sta Maria (pronounced “Santa Maria”) is responsible for a bill of fare that offers six sizzling sisigs ($17 each). There’s the pork prototype, of course, which she makes not with pig head but with pork belly, which includes crackling skin and plenty of meat and fat, delivered to the table sputtering. The squid sisig outdoes it in the crunch department, though chopped so fine it’s difficult to make out individual pieces of mollusk. The tofu sisig boasts a nicely browned dice of firm bean curd, lots of purple onions, and a white gravy that tastes like coconut milk and mayo, though there’s no actual coconut in it. But we’ll never really know what’s in it, because the sisig recipes are Sta Maria’s carefully guarded secret.

Chicken sisig isn’t as good because the chicken registers as limp and bland compared with the other key ingredients. If you want chicken, go for the menu section called Philippine Barbecue. Chicken wings grilled till the skin is smoky and partly blackened is painted with a peanut sauce that owes less to peanut butter and more to barbecue sauce. It comes with a vinegary dip and a mound of java rice, which is orange with turmeric and slightly spicy.

My favorite dish also deploys peanuts. Kare-kare ($24) is an oxtail stew with thick peanut gravy, which exudes flavors of garlic and onions, savory without a trace of sweetness. Bonus green beans and okra are flung on top; mix them in or pick them off to eat separately, as you wish. Among the other massive feeds is crispy pata, a heap of roast pork piled helter skelter on a tray, a perfect dish for those who like to poke among the fragments for the fattiest or crispest pieces. This dish would be equally at home in a Greenpoint Polish restaurant.

Despite the predominance of pork, chicken, and seafood as the focus of most dishes, veggies are not entirely neglected. Laing is a mound of coarsely chopped taro leaves in thick coconut milk, with several shrimp riding shotgun on top. Langka is a similar dish, made with jackfruit, a starchy football that gets tossed with chunks of pork in coconut sauce. This pairing is particularly interesting, because unripe jackfruit is sometimes thought of as a pork substitute. The color of the dish is an arresting shade of off-white.

Breakfast is a Filipino passion, and a roster is offered throughout the day even though the restaurant doesn’t open till 2 p.m. on weekdays and 11 a.m. on Saturdays and Sundays. All breakfasts consist of a pair of over-easy eggs and a heap of garlic rice, plus a choice of grilled longanisa sausage, a pile of sweet pork, or one of two milkfish options. Also known as bangus, the fish is offered whole, and picking it apart is a pleasant challenge. Eat the skin, too.

Save room for dessert. The flan is firm and nicely coated with burnt sugar syrup, the fried bananas known as turon might be mistaken for lumpia until you bite into them, but best of all is halo-halo ($12), a shaved ice speckled with seemingly random ingredients like red beans and kernel corn in a sweet syrup. On top is a ball of ice cream so intensely purple, you might have dropped acid before eating it. What’s the flavor? Ube, a purple yam that’s only one of the many, many attractions of Filipino cuisine.

Our review of Mama Fina's 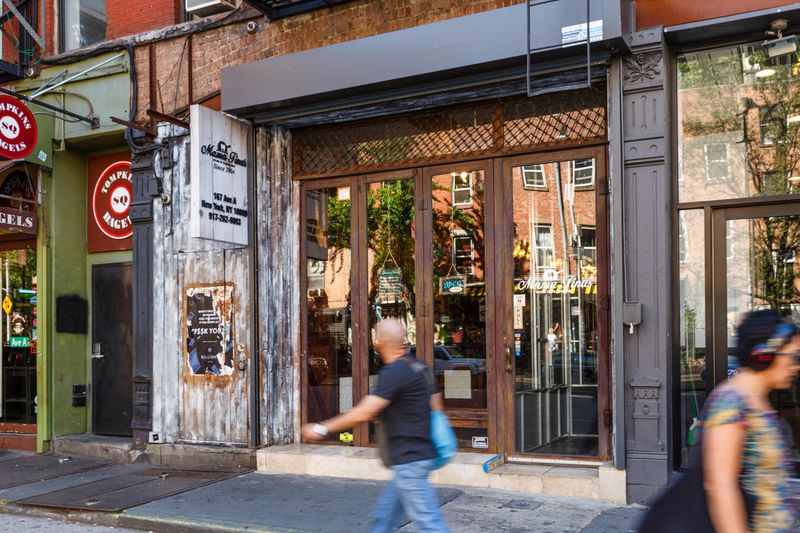 Cost: Dinner for two, including one sisig and rice, a vegetable dish such as laing, and halo-halo dessert, plus two beers, including tax but not tip, $55.

What to Drink: Philippine San Miguel beer or canned calanmasi soft drink, made with miniature citrus fruits native to the islands.

Bonus tip: You are well advised to go to Mama Fina’s with a group and try lots of things. Also, the serving size for most dishes is gigantic, each easily satisfying three or four diners. Not all dishes are available every day, so consult the online menu and call ahead to ensure availability.