Expect a star-studded dining room at the official opening of The Pool tonight, the second and fanciest of the three Major Food Group restaurants in the Seagram Building — former home of The Four Seasons for more than fifty years. Take a look at the before and after, with the stunning Calder, the underwater plant vibe, new carpet, and dressed tables. 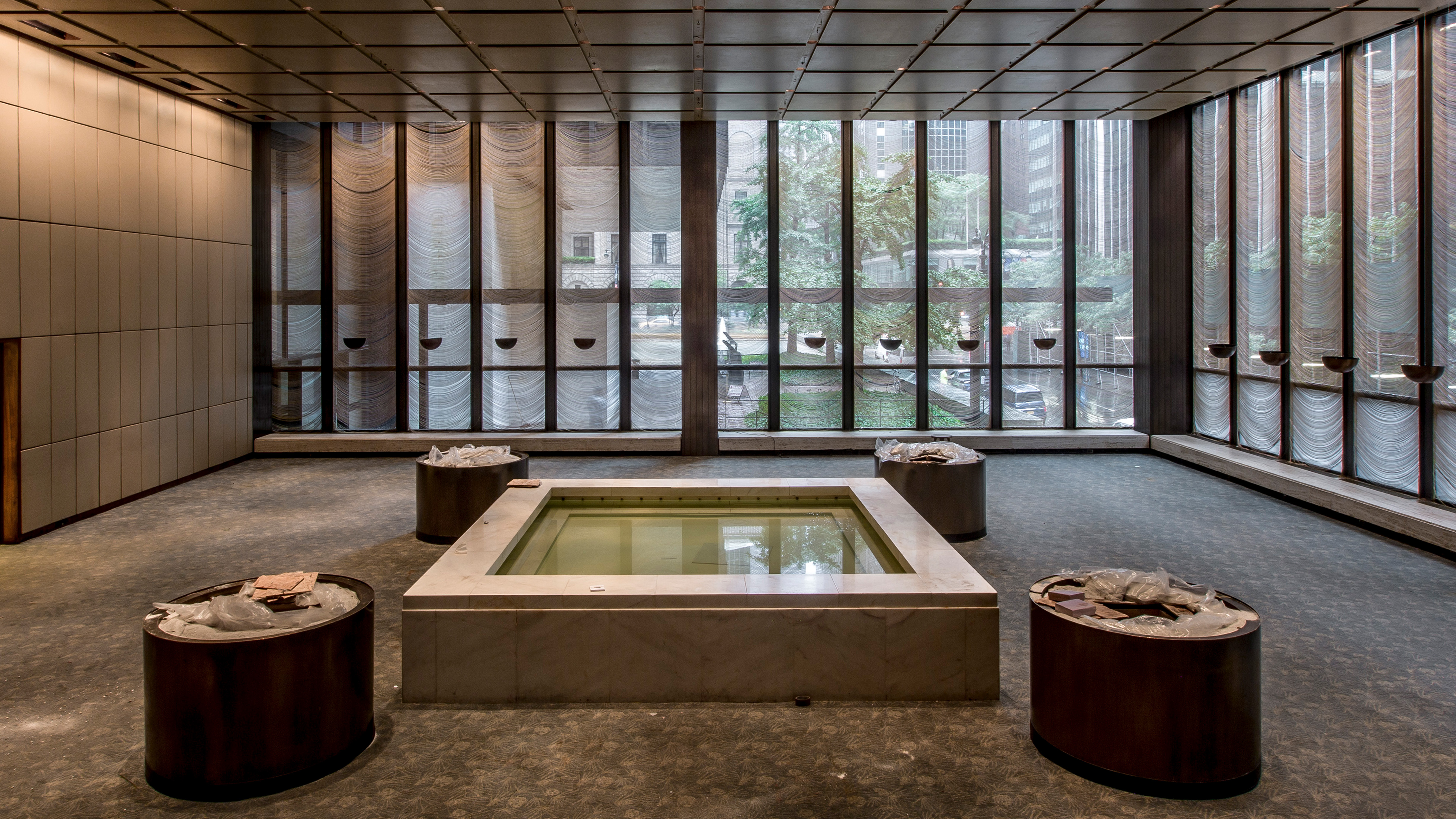 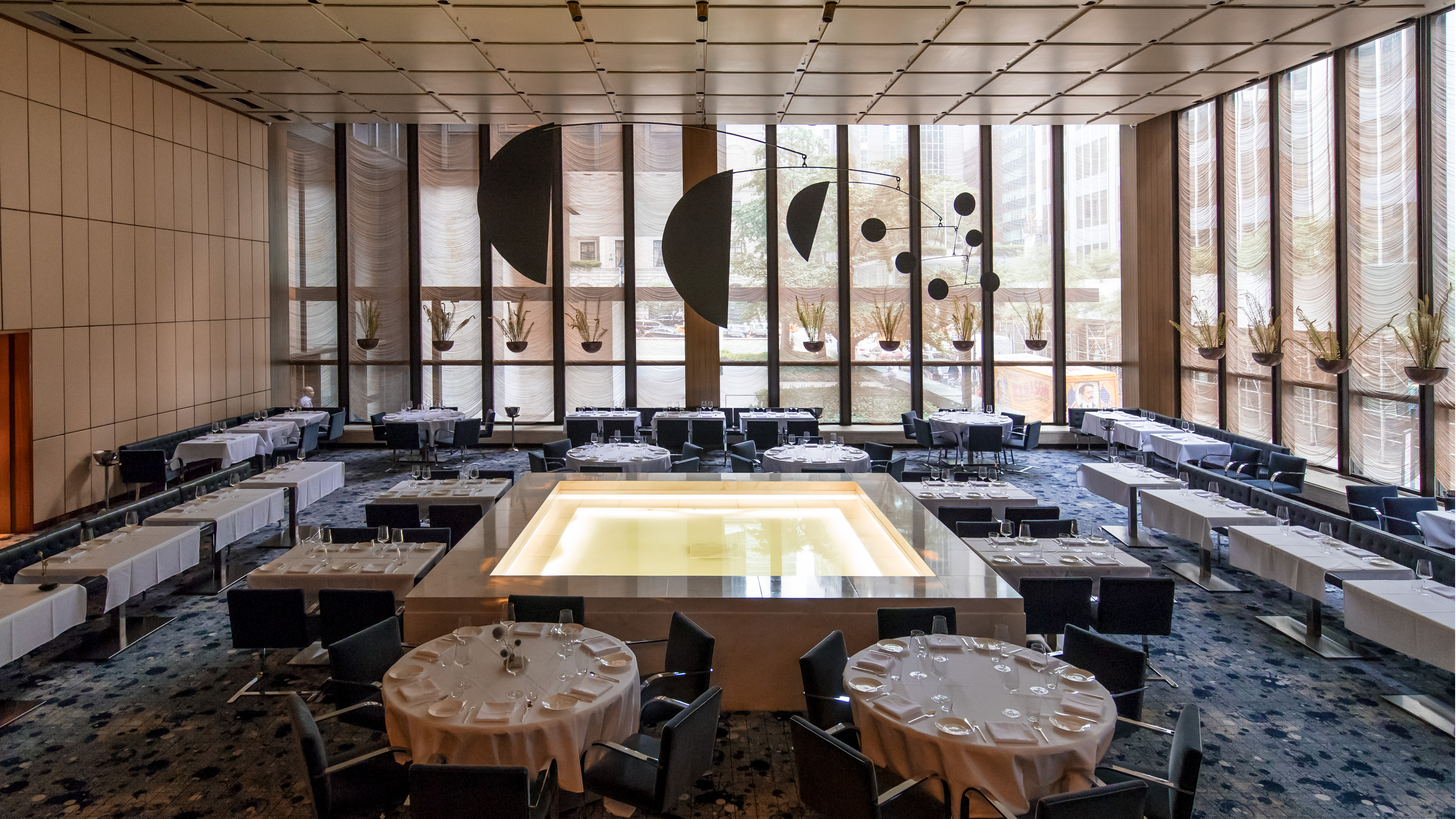 Before and after
Photo by Gary He

Earlier this week, people like Bloomberg’s Kate Krader attended a friends-and-family run. She and others took a whirl through the sectioned-off kitchen, delineated by the two-toned wood floors and the embedded restaurant names.

Tonight at The Pool! Amazing so far!

With Rich Torrisi as head chef, The Pool is a totally different restaurant from The Grill with Mario Carbone, which is meat-eater destination with lots of theatrics. Instead, with only one tableside presentation, “it’s a fish-lovers’ paradise,” Torrisi says, with fish served “in every way it can be presented under one roof.” Special attention is paid to raw fish, with a big part of the kitchen line dedicated to it.

In general, expect dishes to be stripped down and simple with a focus on quality, how fish cooked and seasoned, and the saucier’s work. “Seventy percent of fish is in sourcing and how it’s handled before it gets to the plate,” says Torrisi.

Look for sides like “the best zucchini blossoms” or potatoes that apparently took him months to source. They will be presented as plates to be shared; The Pool is not a tasting menu kind of place. Stephanie Prida, former pastry chef of California’s three-Michelin-starred Manresa, is in charge of desserts.

Changes to the space include the former special events room that’s now The Pool Lounge — with its own menu with some crossover items — open until midnight on weekends. Reservations are available, though it should be noted in your email to reservations@thepoolnewyork.com or on OpenTable.

Following The Pool it’s The Lobster Club slated to open in the fall in the former brasserie space, with Tasuku Murakami as head chef. Check out the menu below and stay tuned for more.