Inside Harold's Meat + Three, a Slicked-Up Version of a Southern Cafeteria

Take a tour of Harold Moore's restaurant inside the Arlo Hotel

Share All sharing options for: Inside Harold's Meat + Three, a Slicked-Up Version of a Southern Cafeteria

Harold's Meat + Three, chef Harold Moore's long-delayed restaurant on the ground floor of the Arlo Hotel, is now open. For those unfamiliar, a meat and three is a casual restaurant that serves a variety of meat dishes alongside the diner's choice of three sides. But the former Commerce chef's new venture isn't really a meat and three in spirit — the prices are too high and the food looks a bit too fussy (take a peek at Arnold's Country Kitchen in Nashville, TN, for a comparison). Last year, Moore told Eater that Harold's would be more of "an upscale ‘cafeteria' but with waiter service. Not so much Southern as New York-influenced food." Moore says he got the inspiration for the restaurant from the late food writer Josh Ozersky.

Where traditional meat and three restaurants list a daily selection of a handful of meats, Moore is offering a three-tiered version ranging from $19 to $39. Under the $29 option are options like flounder, beer can chicken, grilled salmon, and pork ribs. The pricier $39 section lists choices like roasted lobster, a rack of lamb, scallops, and grilled tuna. A long list of sides covers everything from potato salad and green bean casserole to Japanese sweet potato and stuffed artichoke hearts.

Take a look around the new space, as well as the brunch and dinner menus: 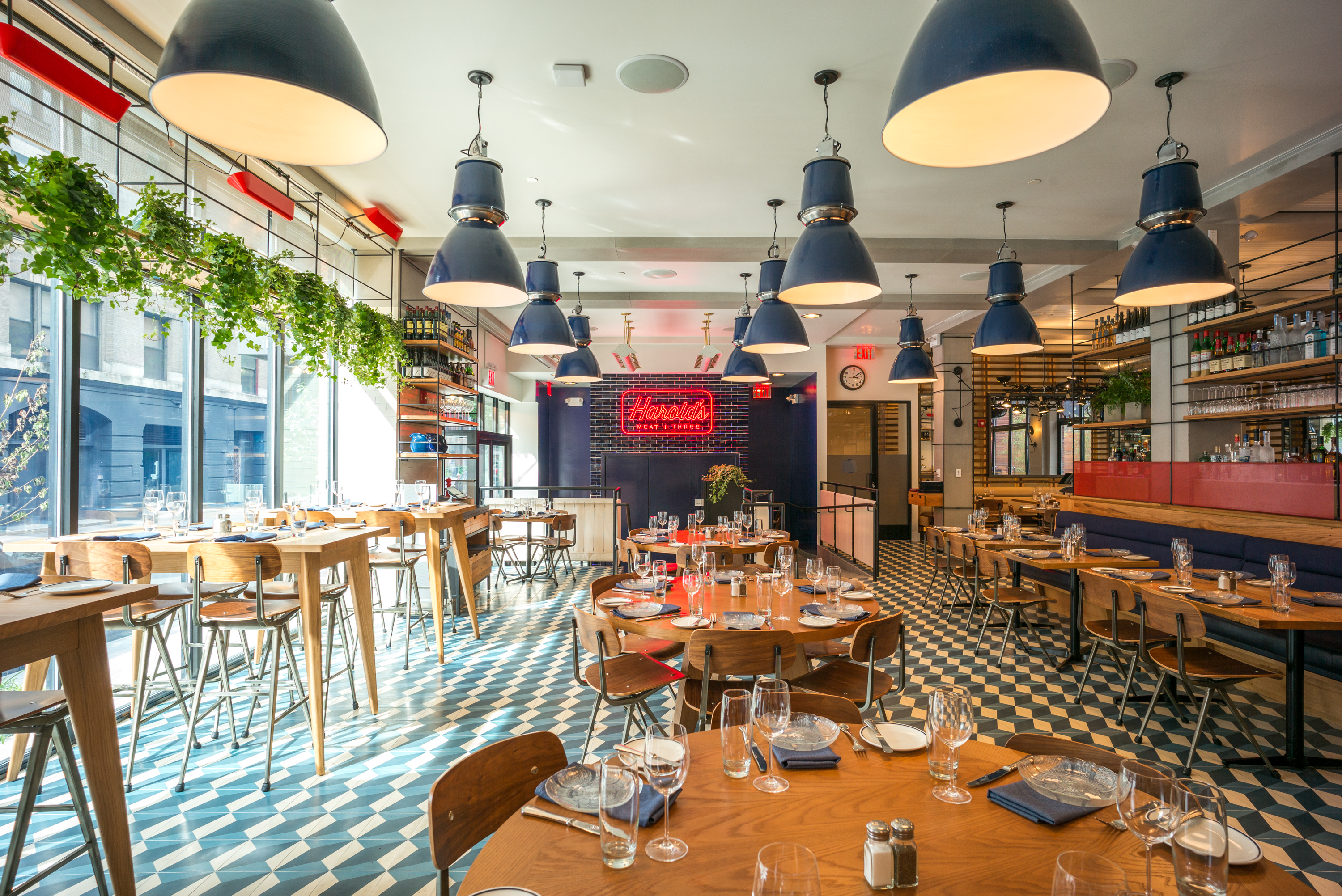 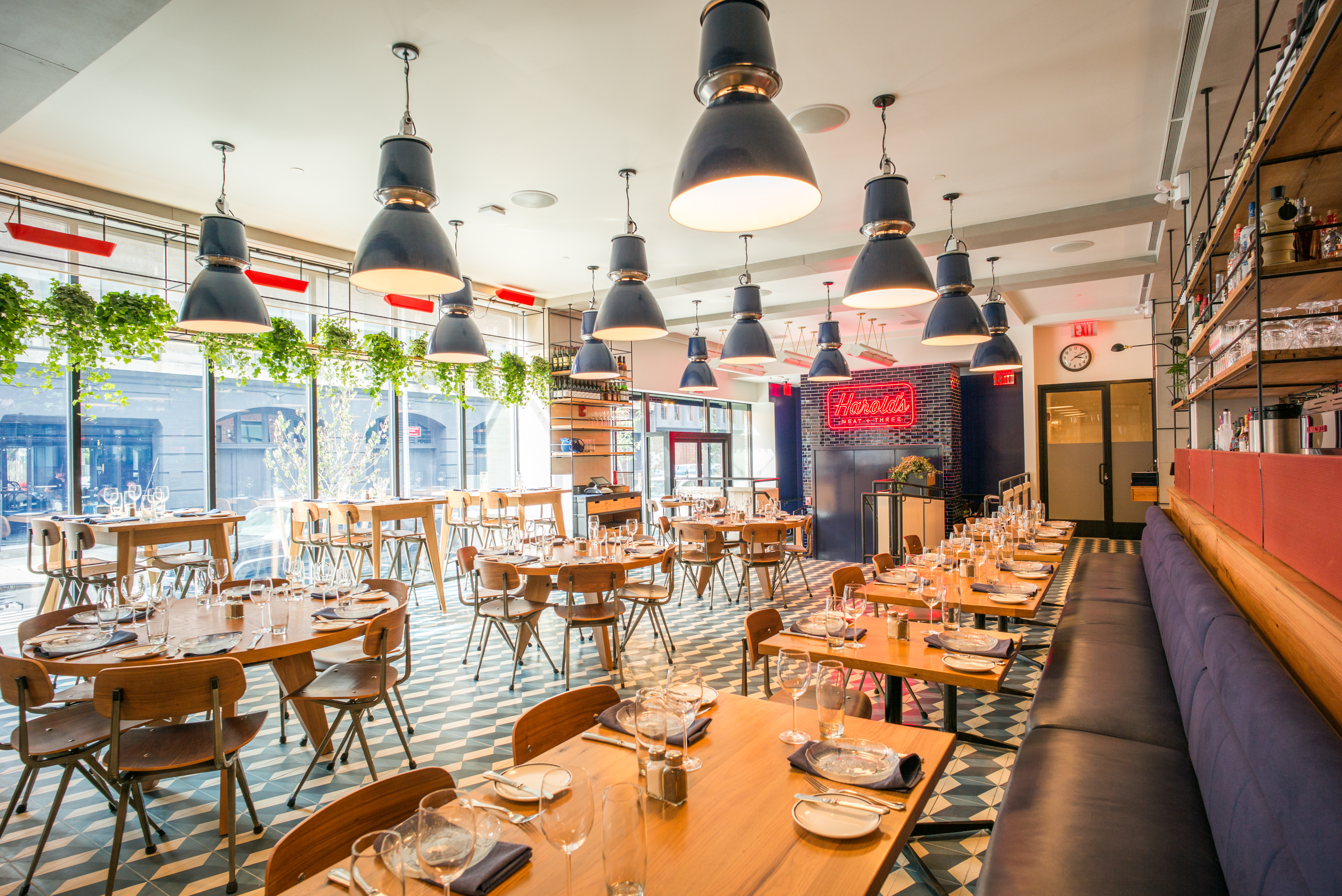 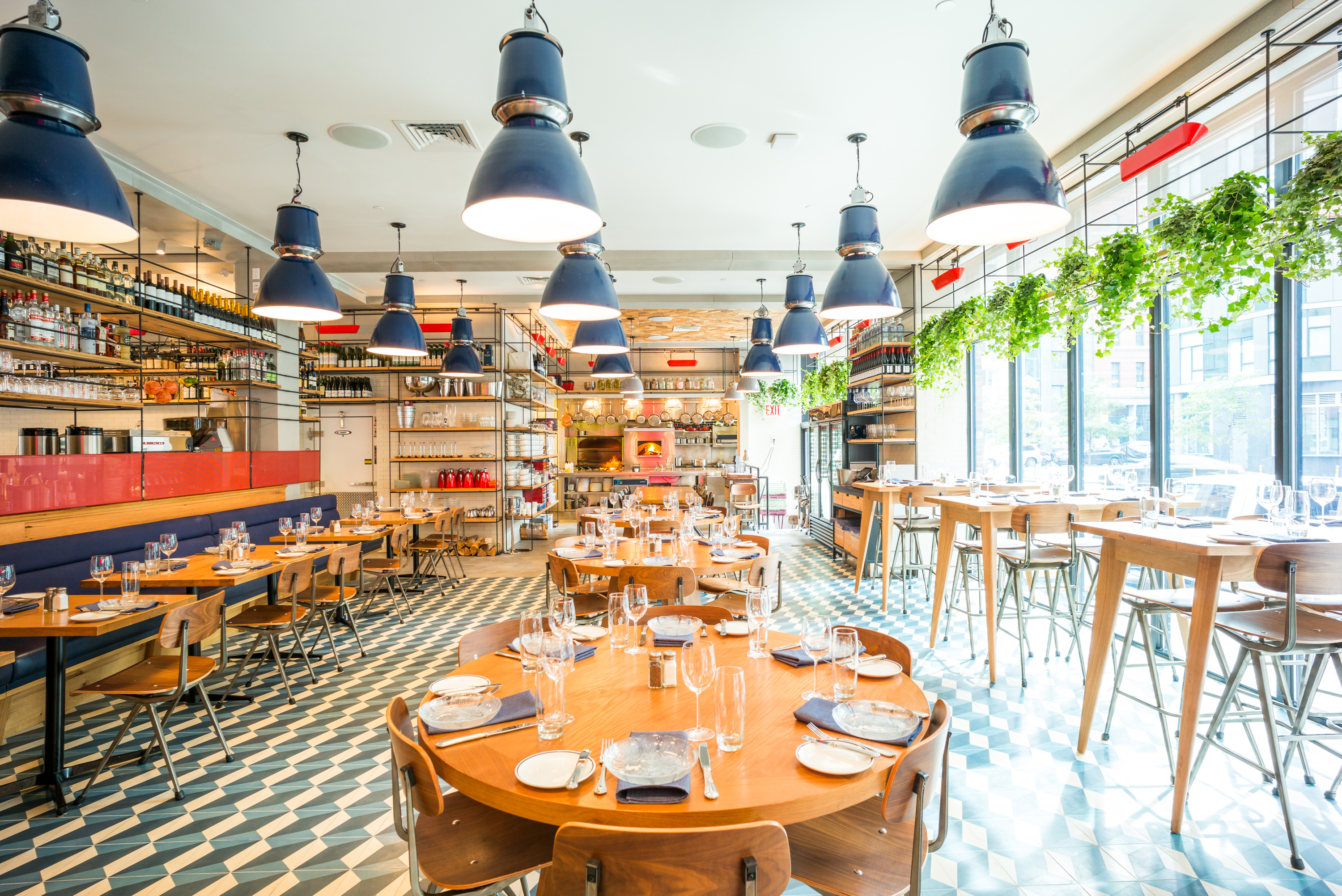 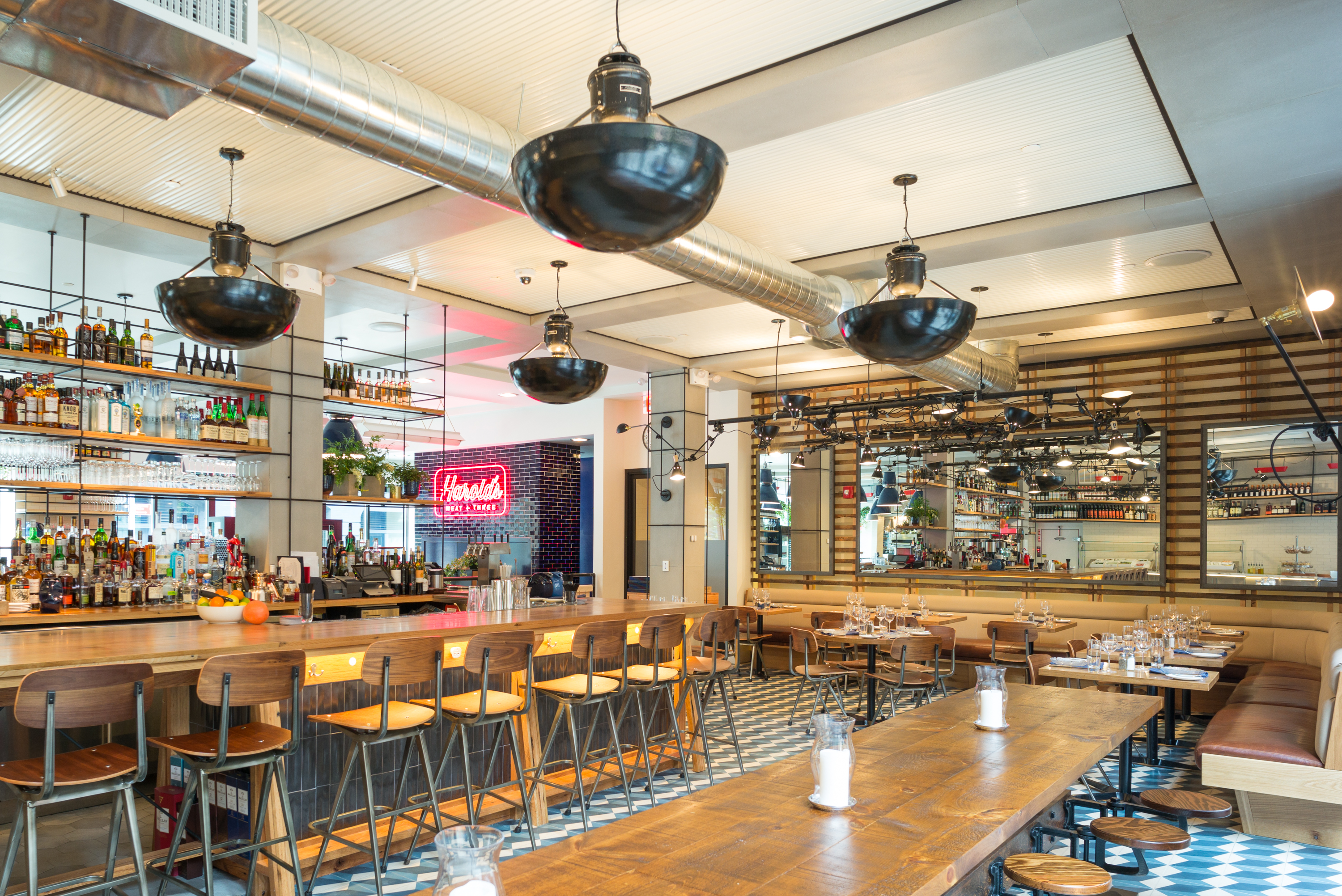 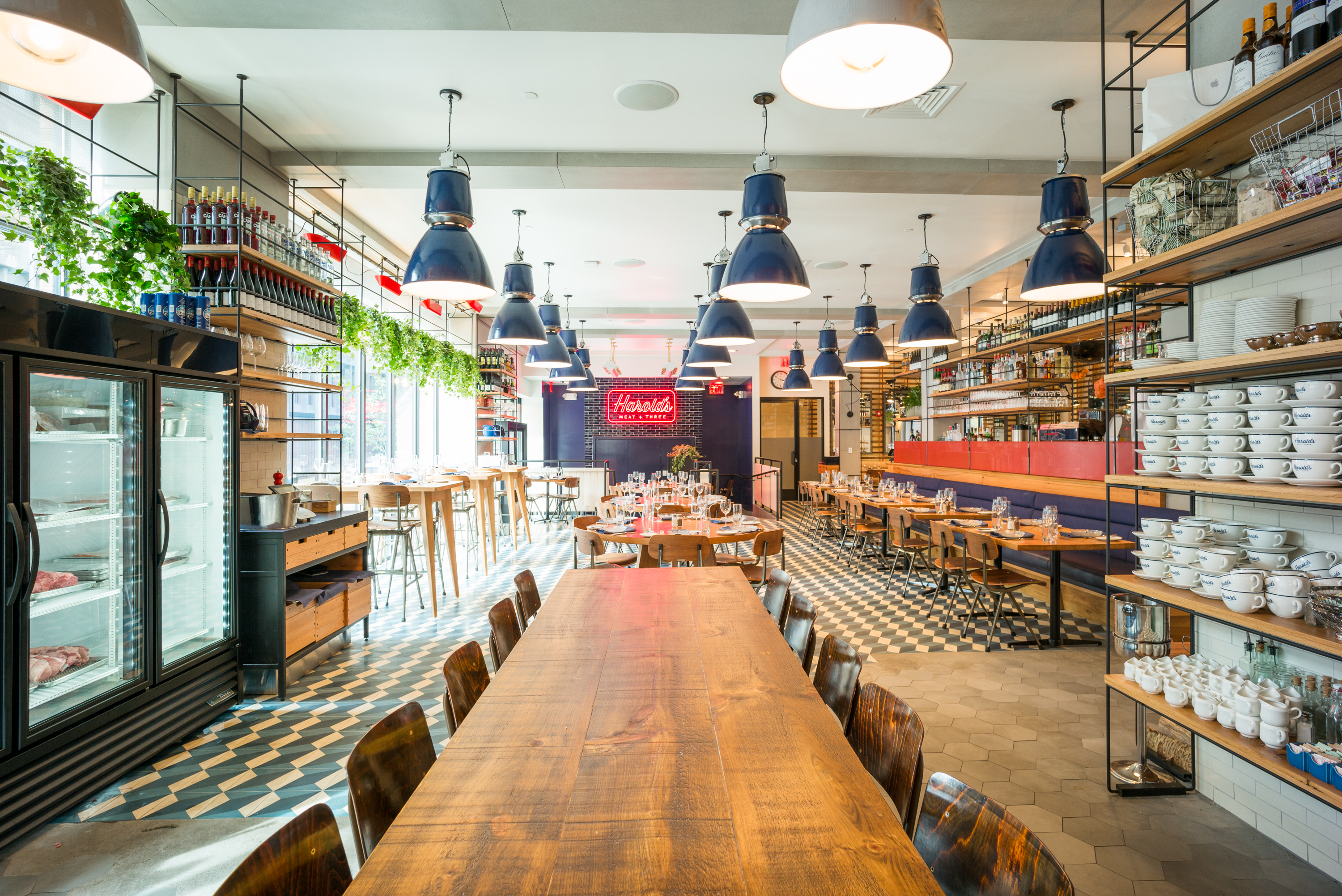 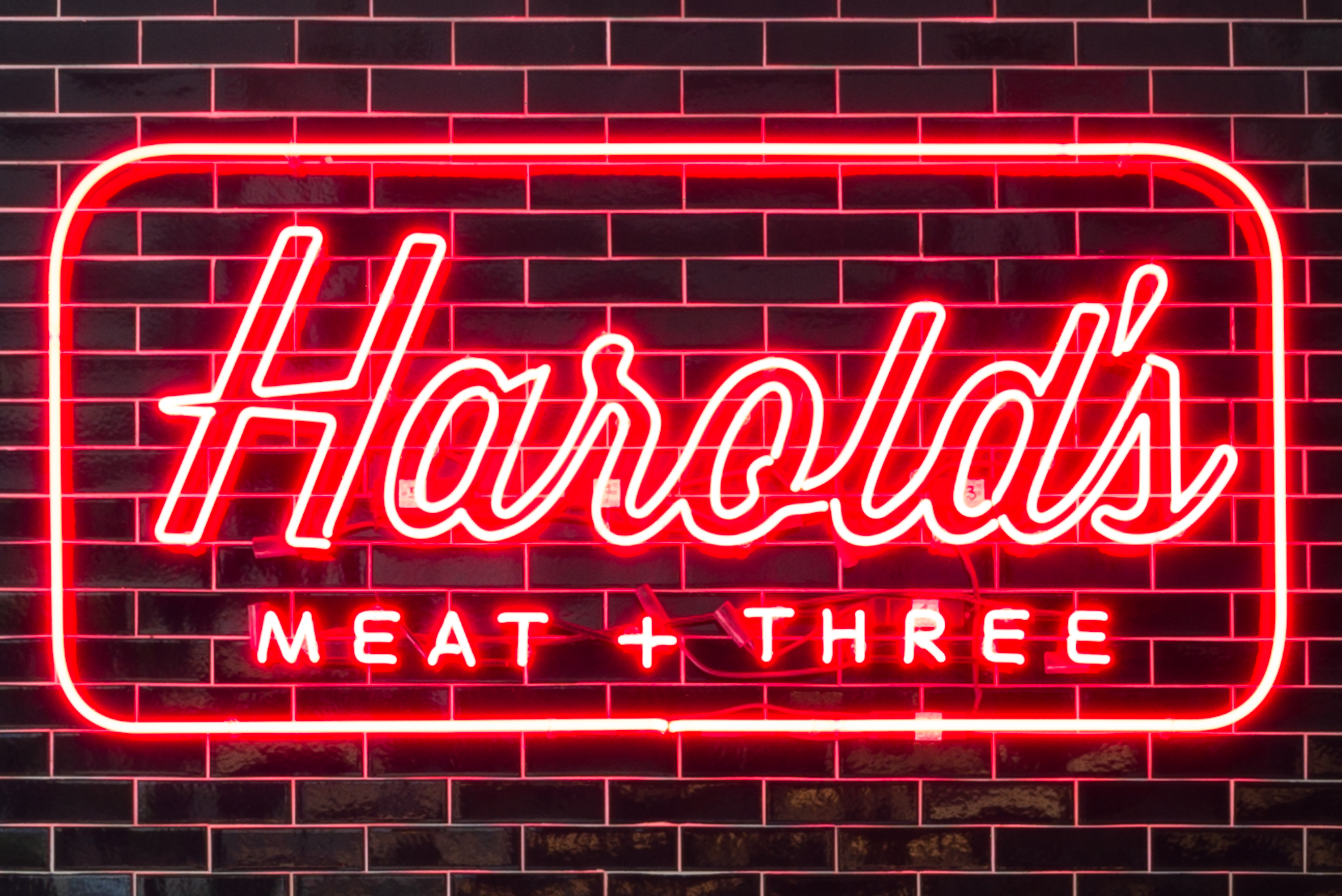 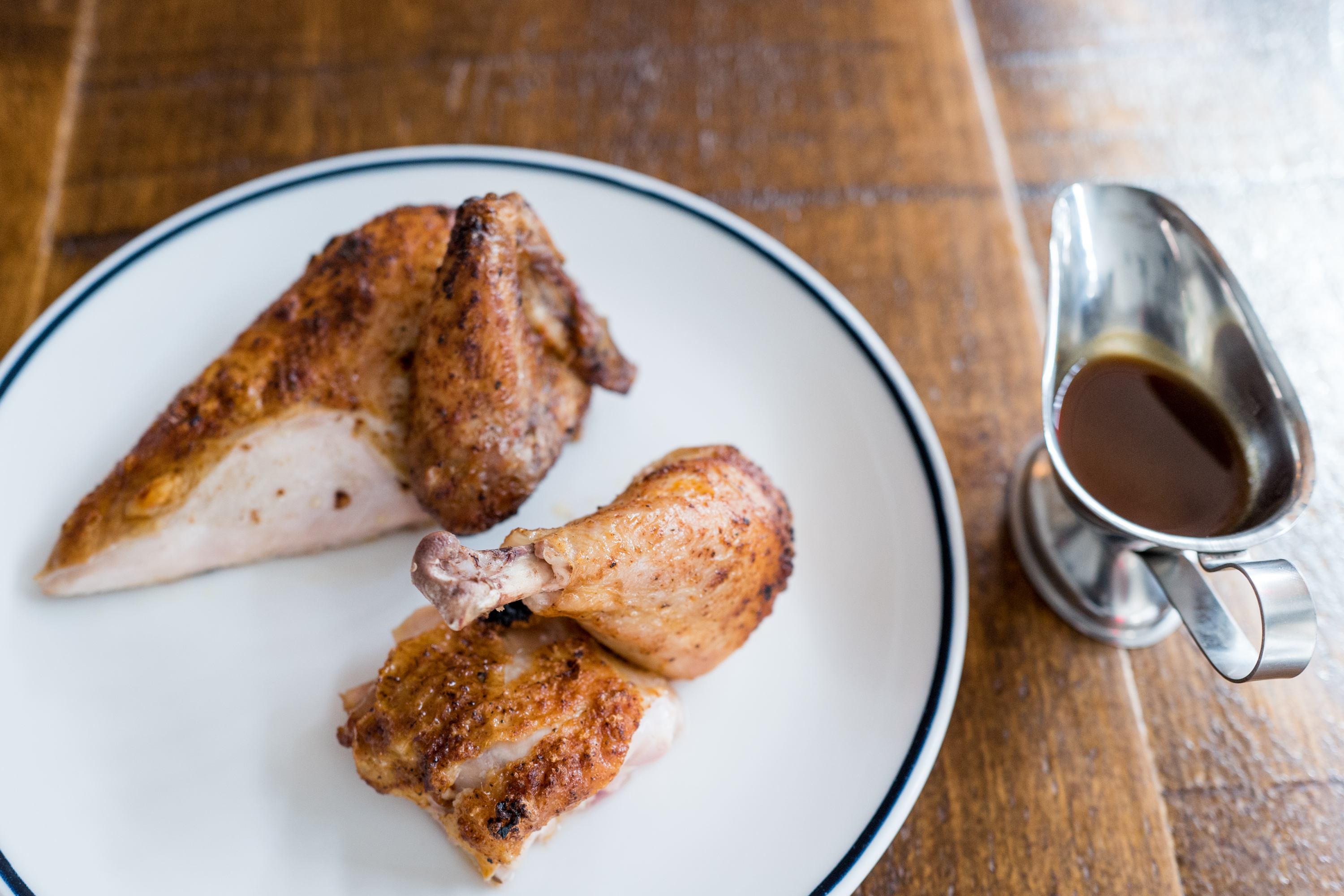