A Restaurant Guide to East Harlem

Where to eat in the neighborhood

Share All sharing options for: A Restaurant Guide to East Harlem

Before 1900, East Harlem was largely German. But by the First World War, southern European immigrants had come to dominate, so that the area became known as Italian Harlem. Its most famous resident was Fiorello LaGuardia. Within 40 years or so, the Italians had been largely supplanted by Puerto Ricans, and then Dominicans, both groups that are still well-represented along East 116th Street, the region's main drag.

Since the Second World War, the neighborhood has been known as El Barrio. Mexicans have been in the ascendance since 1990 or so. The colorful scene on the streets is unrivaled in the city with plenty to see and do, and some great idiosyncratic shopping, including a long-running Mexican western-wear store, El Rancho, where you can buy pink leather cowboy boots for your kid.

And lucky for us, all the major groups who have inhabited the area for the last century are still well-represented in gustatory fashion. In advance of this weekend's Panorama music, art, and technology festival, for which Eater helped curate the food — including three worthwhile East Harlem places, Uptown Roasters, serving hot and iced drinks; Crepe Cafe, serving sweet and savory crepes; and El Paso, serving everything from tacos to Mexican brisket — here's a list of our favorite eating establishments.

La Shuk — There are too few Moroccan restaurants in town, and this is the only one in the vicinity of East Harlem. The premises is airy, with windows flung open to summer breezes and a handful of outdoor tables, and the food is spot-on, with good and inexpensive tajines, bread dips, and, especially, the chicken pie called b’stilla. 1569 Lexington Ave, New York, NY 10029, (212) 289-0089

Mexican Street Stand — This phenomenal street stand covered by a bright blue tarp employs four cooks at once to make tacos, sopes, tlaycoyos, and other masa-borne treats, of which the best is the mind-bogglingly good potato-and-chorizo gordita — a big fat corncake split longitudinally, smeared with a pink paste of sausage and spud, drenched in fiery salsa verde, heaped with greenery and mellowed with dairy. Even day-old and cold out of your refrigerator, it's irresistible. Northeast corner of East 117th Street at 3rd Avenue 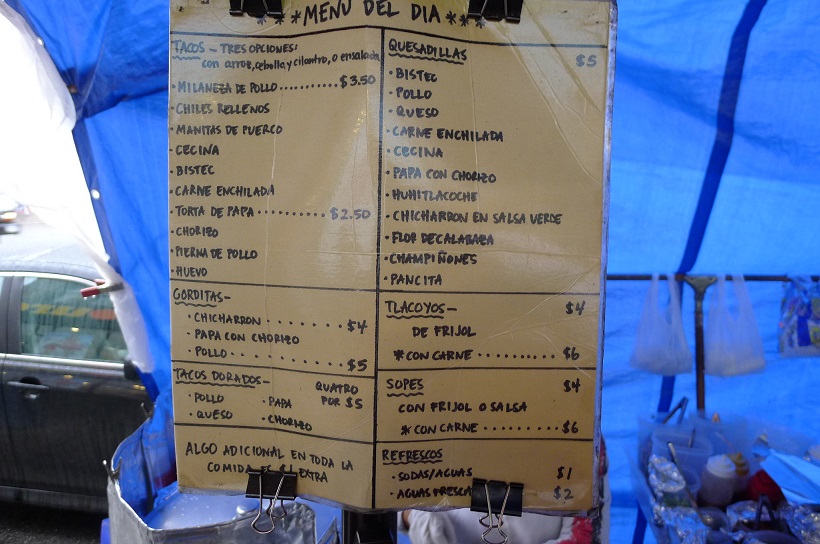 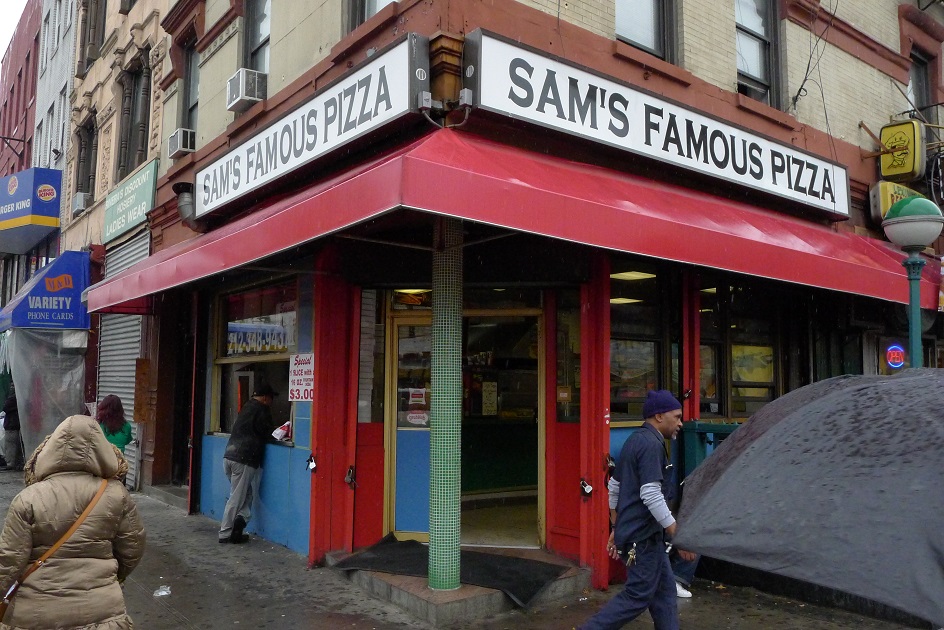 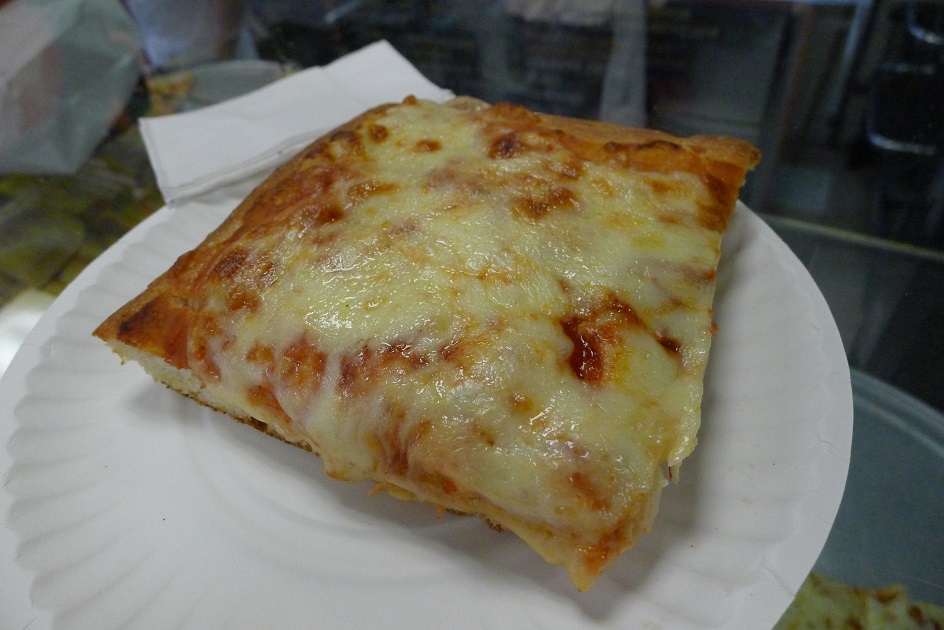 Above: Mexican Street Stand. Below: Sam's Famous Pizza exterior and a cheese slice.

Sam's Famous Pizza — Offering a fine slice, better than most neighborhood joints, and an even superior Sicilian square, Sam's represents the long-running Italian presence in the neighborhood, of which the most famous exemplar is the unattainable Rao's. At Sam's, the tomato sauce is a touch sweet, the cheese profuse and above average. The spirit of the place and evident enthusiasm of the pizzaioli are an added plus. 150 East 116th Street, (212) 348-9437

New Dolphin Fish Market — This conjoinment of a giant fish market and a fry shack is much more common in western Harlem, where it constitutes a culinary leitmotif. The seafood quality at Dolphin is every bit as good, and a freshly fried three-filet whiting sandwich with bread and condiments of your choice (chunky tartar sauce, yay!) will set you back only $4.50, with no tax taken. Plenty of other fish available in the same sandwich format, but don't try eating the whole croaker — skin, bones, and all between two slices of bread! 2169 3rd Avenue, (212) 360-6317 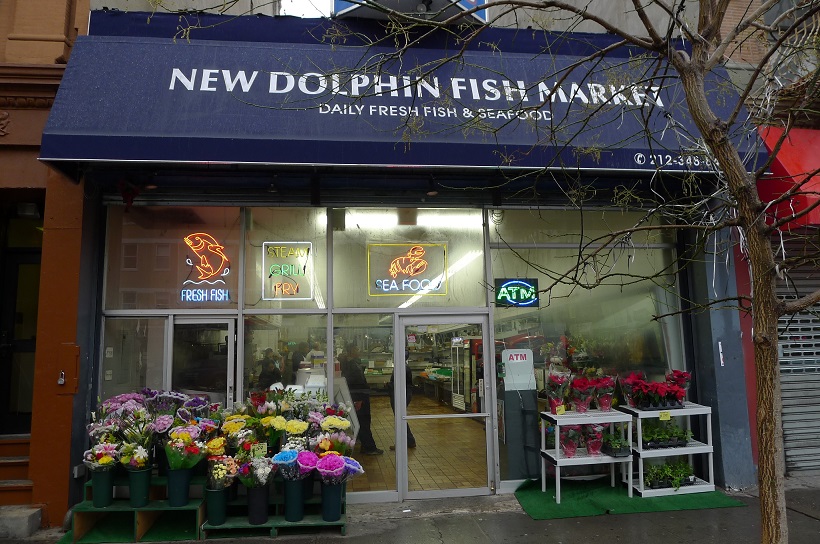 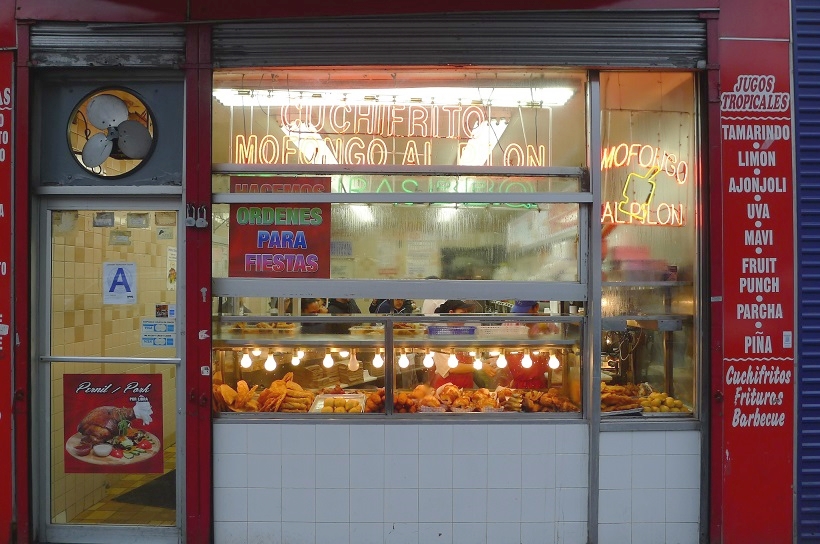 Cuchifritos Frituras — This ancient, too-brightly lit storefront specializes in fried pig parts with a Puerto Rican perspective that fill you up your stomach like a storm drain in a hurricane. The selection runs to two dozen, including an inky blood sausage (morcilla); taut, well-fried pig skin (chicharrones), and alcapurrias — torpedos of mashed and lard-fried taro stuffed with seasoned ground meat. Put your sunglasses on, step inside, and inhale pure pig. 168 East 116th Street, (212) 876-4846

Sandy Restaurant — The Dominican soul of El Barrio is Sandy, a long-running lunchroom where most of the menu is displayed in the windows or on the steam table. Have an ample rotisserie chicken, just plucked from the rotisserie, or the pork shoulder roast called pernil, so well-rubbed with garlic that the smell will stay on your fingers for days. Tripe soup (mondongo) is another good bet. Around 3 p.m., school kids dash in for rice and pigeon peas. 2261 2nd Ave, New York, NY 10035, (212) 348-8654

Delicias Mexicanas — Love hot dogs? This sit-down Mexican restaurant with a take-out counter in front will make a torta for you featuring franks slathered with black beans and mayo, plus a half-dozen other scrumptious ingredients. The tacos and other masa-based snacks are fab, too. Also a great place to get fresh-squeezed tropical juices. 2109 3rd Ave, New York, NY 10029, (212) 828-3659 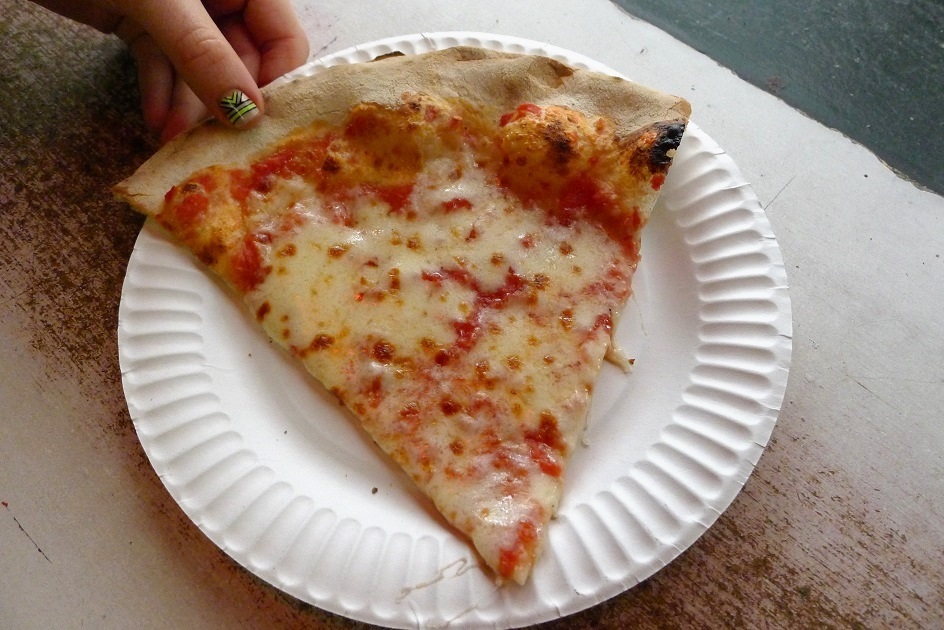 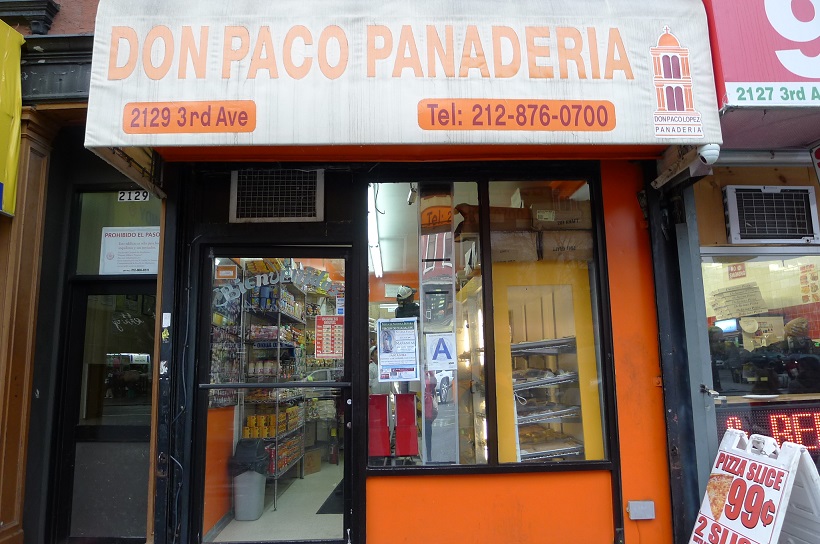 Above: Patsy's slice and Don Paco Panaderia. Below: Salchipapas from Delicias Mexicanas.

Patsy's Pizza — Founded in 1933 by Pasquale "Patsy" Lancieri, this place is one of the city's sainted coal-oven pizzerias, and one of the last vestiges of what was a thriving Italian neighborhood 80 years ago. Go to the northernmost storefront and cop one of the wobbly and delicious slices, and ponder the changes East Harlem has undergone, and the impending wave of gentrification as evidenced by high-rises sprouting on the horizon. 2287 1st Ave, (212) 534-9783

Don Paco Panaderia — Craving a little dessert? Head back to 3rd Avenue to this Mexican bakery, where the pan dulce fly from the oven fresh on an hourly basis and you can nearly always get something warm Shown: la concha. 2129 3rd Ave, (212) 876-0700

Hot Bread Kitchen — This morning-and-afternoon-only mainly vegetarian spot peddles the output of a nearby non-profit bakery that teaches immigrant women how to become professional bakers, in the process turning out a range of international breads, and the laid-back coffee shop is worth a stop for beverages, pastries, and sandwiches. 1590 Park Ave, New York, NY 10029, (212) 369-3331

Editor markup for Sietsema's Favorite Dining Spots in East Harlem. This is only visible in the story editor.