Seven Dishes That Highlight Why New York Barbecue Is So Important

A list of knock-out barbecue dishes from Eater's restaurant critic

Share All sharing options for: Seven Dishes That Highlight Why New York Barbecue Is So Important

One of the great failures of the World’s 50 Best list and the Michelin Guide’s starred rankings is that they largely overlook one of America’s quintessential culinary traditions: barbecue. Accordingly, here are seven dishes that affirm why barbecue, and specifically New York barbecue, is so important right now.

Brisket at Mighty Quinn’s: This is not NYC’s best brisket, but I’ve never had better brisket from a chain, which Mighty Quinn’s is – there are five locations in New York, one in Jersey, and still another in Taiwan. This is quality at scale. The flat is moist, the deckle pulls apart like a tender accordion, and the fat cap boasts a sugar cookie silkiness and beefy punch. New Yorkers have come to expect such quality at any good smokehouse, but trust me when I say that the meat at Mighty Quinn’s is a world of difference from the dry, chewy product passing itself off as brisket throughout suburbia. So as much as I prefer to consume barbecue after waiting in line for an hour in Red Hook, ultimately more folks will interact with smoked meats in urban centers, ballparks, malls, and airports. The importance of Mighty Quinn’s lies in the thing that many gastronomes tend to hate: its ubiquity. Here’s hoping it becomes a Shake Shack of the barbecue world.

Arrogant Swine’s Chicken: This Bushwick pork palace is famous for its North Carolinian predilections: Eastern-style whole hog and Western-style "outside brown." But allow me to wax poetic about one of the restaurant’s lesser-known offerings: its chicken. Often a second class "vegetarian option" at too many barbecue spots, chicken gets a more regal treatment here.

[The backyard at Arrogant Swine]

Citing the Vietnamese origin of many barbecue smokers in the central part of the state, owner Tyson Ho coats smoked wings in a spicy, sticky caramel sauce. They are awesome. Even better is the larger bird, which boasts the technical proficiency of $60 roasted versions elsewhere, packing softly smoked flesh, a delicate poultry tang, firm skin the color and texture of a tree trunk, and a dousing of ginger scallion sauce to counteract the restrained sweetness. It is a rare example of smoked poultry that has as much flavor and textural complexity as the fantastic briskets so many of us dream of. And it’s also a fine case of chicken, in an age where it’s quickly becoming a luxury item, still managing to be cheap — the cost is just $13.

Brisket at Momofuku Ssäm: The craftsmanship (and sometimes, welding skills) necessary for good ‘cue has largely kept it confined to serious barbecue joints, and therefore away from creative small plates places and tasting menu venues that frequently (for better and often for worse) drive our national dining conversation forward.

Think of it as an ambitious barbecue riff on steak with bearnaise and mushrooms.

Ssäm Bar is trying to change this. It largely succeeds: Chef Matthew Rudofker rubs brisket with a seven-spice blend, smokes it, slices it, and pairs it with maitake mushrooms and Alabama white sauce. Think of it as an ambitious barbecue riff on steak with bearnaise and mushrooms. It is, in essence, a bridge – something to attract traditional diners to the compelling techniques and flavors of barbecue, and something to lure smoked meat eaters into the world of sit down, full-service dining. It’s not an argument in favor of making barbecue fancy; it’s an argument that barbecue has rightful place in so many more American restaurants than in which it’s found now.

Pork Cheeks at Mighty Quinn’s: Speaking of Ssäm Bar, remember when that restaurant had an offal section on its menu? Remember when the nose-to-tail craze of the mid-aughts appeared poised to change the way we eat animals? Ten years later, vegetables are trending hard, but tripe is not, and so in our post-recessionary city we continue to pack our city’s never-ending supply of steakhouses.

The chain seasons the heritage pig with salt and black pepper and smokes the morsels for about eight hours.

I wish New York barbecue more heavily referenced the humble history of smoked meats throughout the world and experimented with heart, liver, and gizzards. Instead, New York barbecue, especially in its reverence for Texas, sometimes seems to act as an analogue to steakhouses by championing the excesses of American red meat. So kudos to Mighty Quinn’s for this slightly non-traditional offering: pork cheeks. The chain seasons the heritage pig with salt and black pepper and smokes the morsels for about eight hours. The result is classically meaty and tender, but the cheeks also pack a gelatinous pull that makes your fingers and lips stick together. It’s more of an entry-level off-cut than brains and it’s a step in the right direction in convincing diners to consume more parts of the animals that involuntarily sacrifices themselves for our enjoyment. 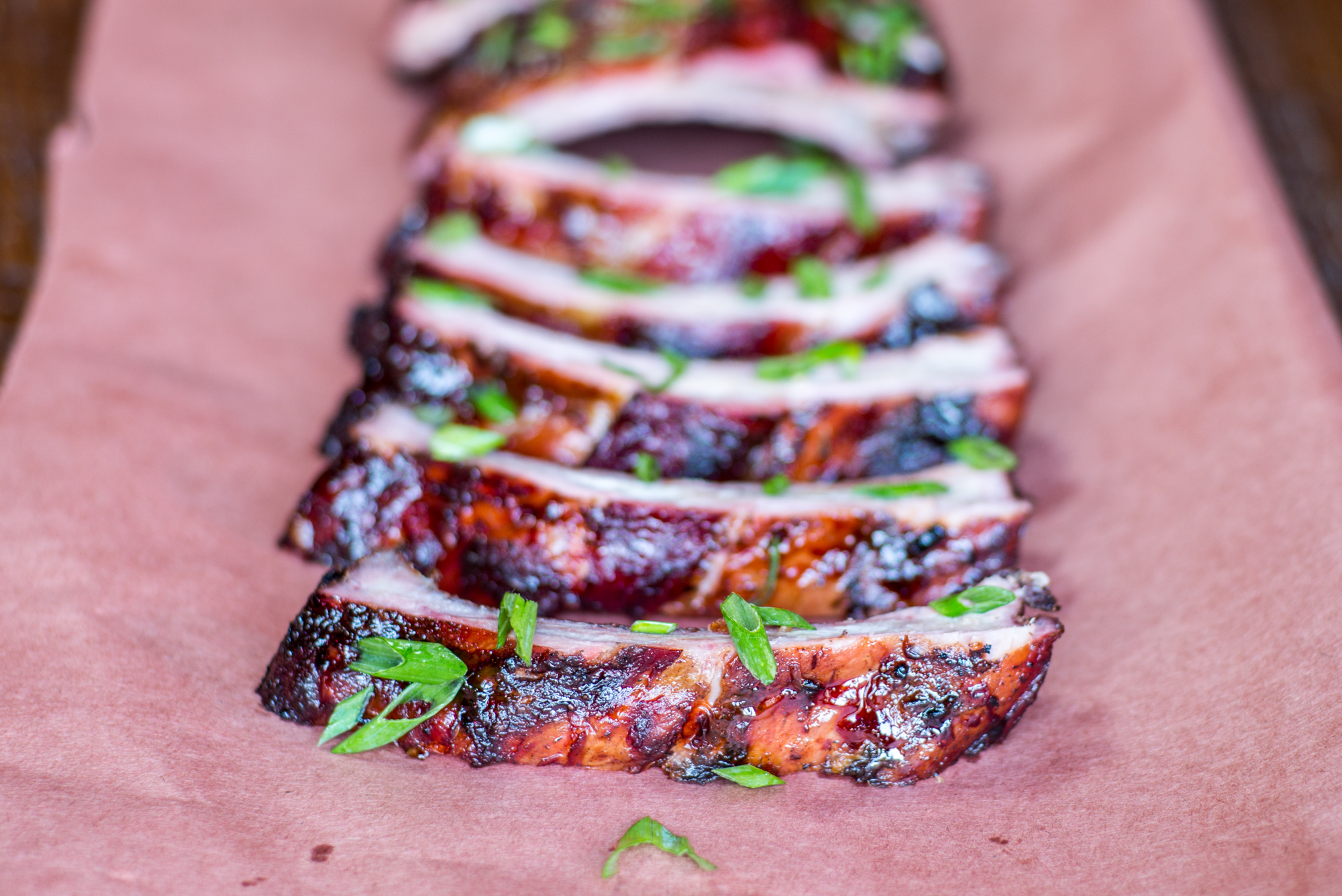 [The lamb belly ban hi and the jerk ribs at Hometown]

Lamb Belly Banh Mi and Jerk Ribs at Hometown: If America is a melting pot and if barbecue is one of our national national pastimes, it's somewhat bewildering that the barbecue community has been more skeptical of including international flavors and ingredients than other culinary movements. But as so many barbecue establishments wear their overly traditional offerings as a point of national pride, Hometown pitmaster Billy Durney finds his niche by using smoked meats to celebrate the diversity of our city.

At his restaurant, Durney serves thick-cut pastrami that wouldn't be out of place at a Jewish delicatessen, alongside Korean sticky ribs and Italian-style smoked sausages with provolone. And while most come to Hometown for the outstanding brisket, I’ll argue the true stars at this Red Hook destination are the incendiary jerk ribs, a nod to the West Indian community of Nostrand Avenue, as well as the heady, cilantro-spiked lamb belly banh mi, a curtsy to the thriving Vietnamese communities in the Bronx and Queens. I named Hometown the city's best barbecue joint in an Eater review last year. These dishes, all sampled since that review, convince me that accolade still holds true. This is the future of barbecue.