One of the biggest fast food fads emerging in Manhattan and Sunset Park Chinatowns is sometimes known in Cantonese as chee cheong fun — referring to noodles that look like folded-up pig intestines. In English, they are more commonly called rice noodle rolls or Hong Kong dim sum. These stuffed and wadded-up noodles are a close cousin of the rice-flour noodles stuffed with shrimp or beef that roll by on carts on oblong plates covered by metal covers in dim sum halls. 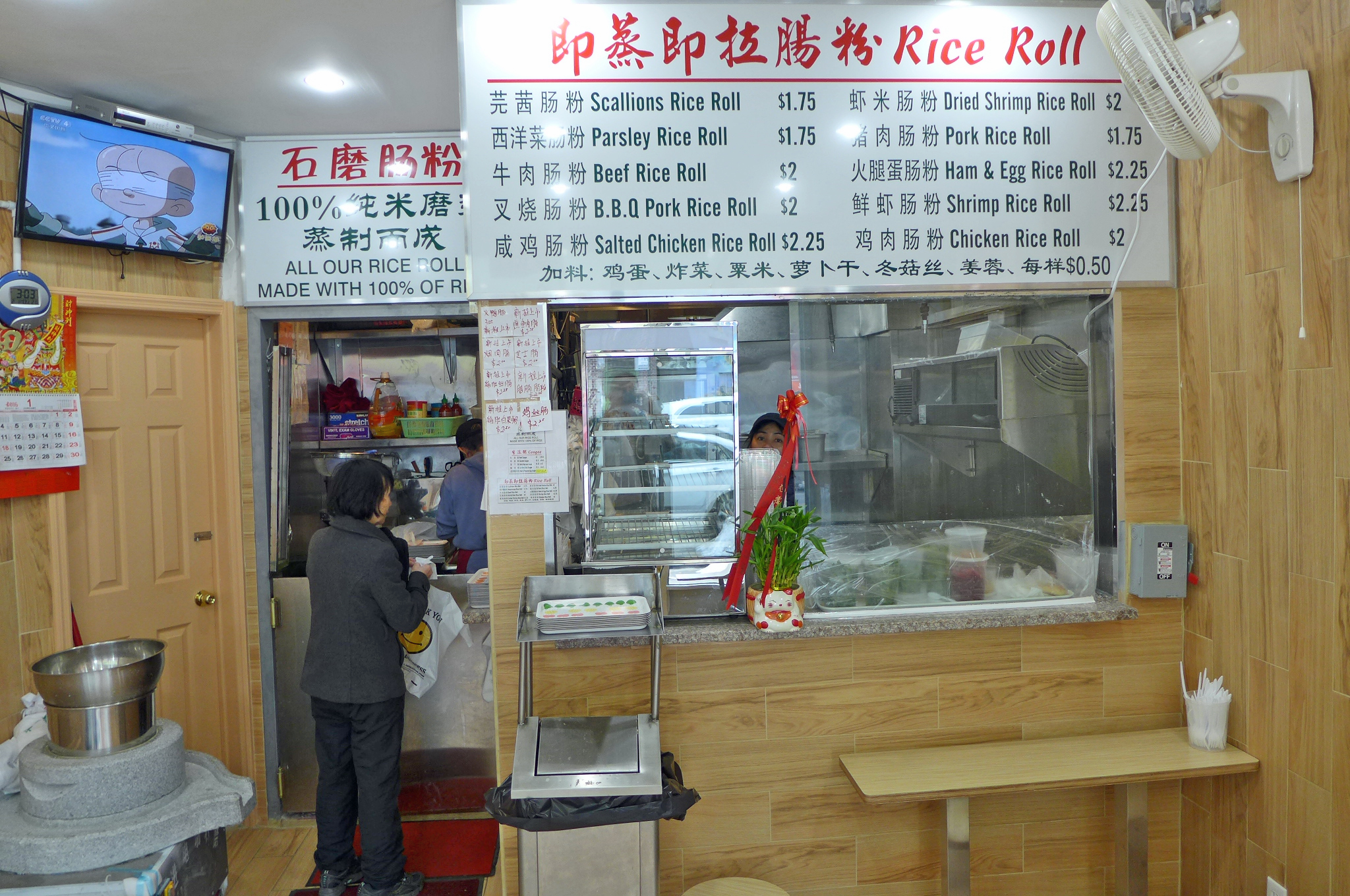 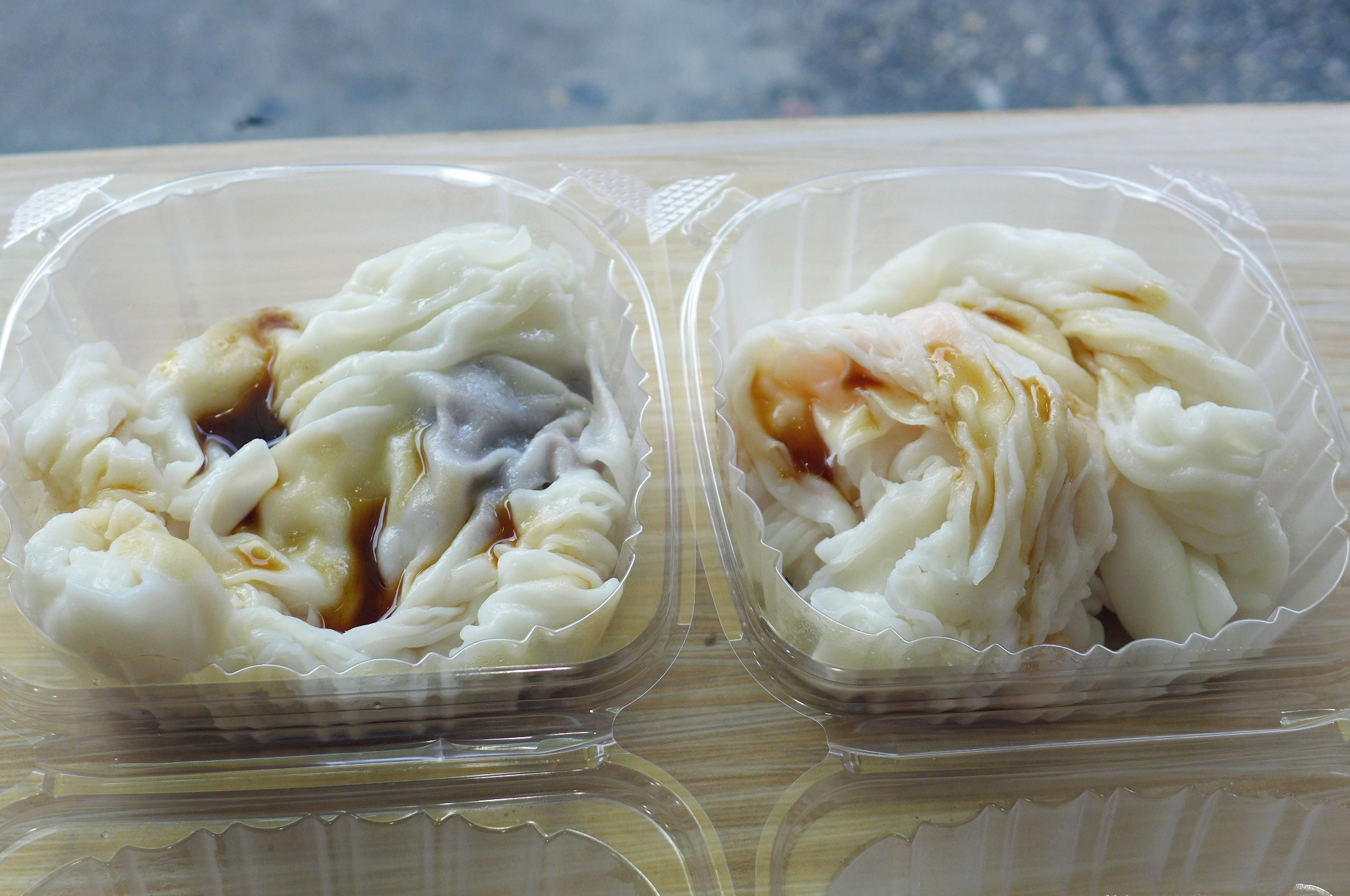 Sunset Park newcomer Hong Kong Dim Sum Inc. specializes in these rolls in 10 permutations ($1.75 to $2.25) that include ham and egg, chicken, and dried shrimp, in addition to the usual beef and boiled shrimp variations. For vegetarians, there’s one stuffed with parsley and another with oiled scallions. What’s the difference between these and the regular dim sum rice noodle rolls? These are made to order by pouring a thin layer of rice-flour batter into a steam-cabinet tray, and thus are more delicate and more crumpled up.

For decades NoLita’s Parisi Bakery (founded 1903) has run an amazing sandwich shop out of its antique premises, where two fabricators painstakingly create hero sandwiches out of cold cuts and a daily selection of hot prepared items. Though you can depend on meatballs and just-fried chicken cutlets always being available, sometimes there’s seafood — a recent afternoon saw a shrimp parm special, and it really was special. Heaped with mortadella, prosciutto, boiled ham, cappicola, or some invented combination, heros also contain onions, lettuce, and tomato, as well as such optional items as house-pickled red peppers and thick slices of fresh mozzarella. This place is spectacular. Open daily from 7:30 a.m. to 4 p.m., except Sundays. 198 Mott St, (212) 226-6378

Staten Island is incubator for many obscure forms of pizza, created in isolation and flourishing on the fortress-like island. One particularly amazing type is the bar pizza found at Lee’s Tavern, a working-person’s bar dating to 1969 (though the tavern itself under different ownership probably dates to the 30s), a literal stone’s throw from the Dongan Hills stop on the Staten Island Rapid Transit train. The crust is unfussy and cracker-like, and the small pie is easily sufficient for one or two diners, depending on how hungry. The clam pie is well-furnished with briny bivalves, and other favorite toppings include sausage, black olives, mushrooms, and anchovies. Full southern Italian menu available. 60 Hancock St, Staten Island, (718) 667-9749