Looks like the home of the Mets is getting two big new additions to its dining options.

Share All sharing options for: Chef Josh Capon and Rao's Could Both Be Headed to Citi Field This Year

If the Citi Field website is to be believed, it looks like the home of the Mets may be getting two major new dining options in the near future. A careful examination of the stadium's full concessions list reveals that one "Chef Capon" is apparently taking the Field Level space in section 125, previously occupied by a Dunkin' Donuts (which is no longer listed): 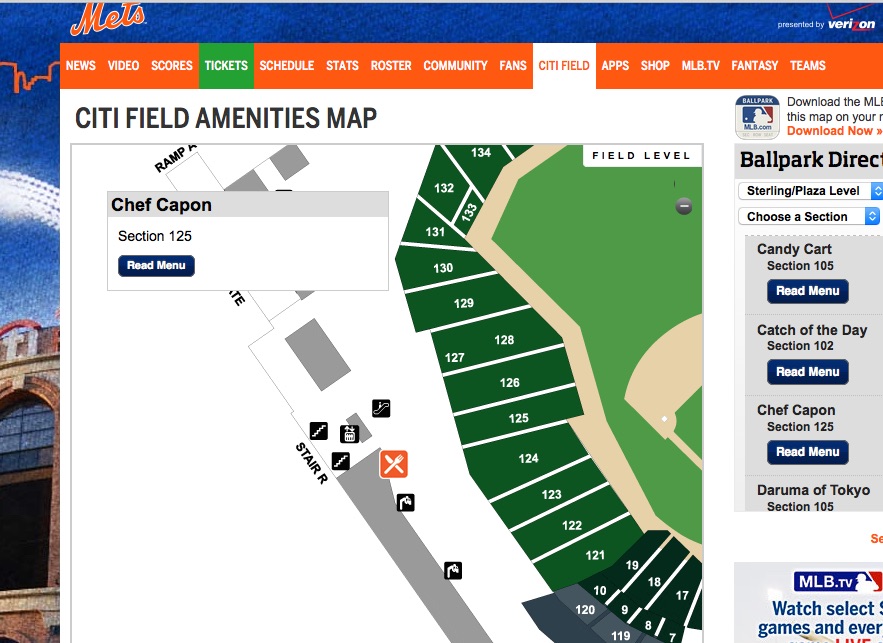 Who else could this be but Josh Capon, the chef behind such perennial hot spots as Lure Fishbar, El Toro Blanco, Burger & Barrel, and Bowery Meat Company? As of now, a representative for Capon tells Eater that "nothing is set," so perhaps a deal has yet to be signed, or the concept has yet to be finalized. But the fact that the stadium is confident enough to list Capon on its website must be something, right?

Meanwhile, Rao's, the red sauce institution known best for being impossible to get into, now appears as one of the dining options at the Caesar's Club, one of the venues open to holders of various premium tickets.

Rao's has outposts in Vegas and LA, but this would be its first expansion in its home city. As with the Capon project, it's unclear exactly what form this stadium outpost would take, and so far no one has confirmed the opening. Calls to Rao's go unanswered, and Eater is still waiting on a response from Citi Field reps. Stay tuned. With any luck there will be more news before opening day.