Javelina Does Justice to the Tex-Mex Tradition

Share All sharing options for: Javelina Does Justice to the Tex-Mex Tradition

Also known as a peccary or skunk pig, javelina is the name used in Texas for wild porkers, related to but not identical to the Arkansas razorback and the European wild boar. Javelinas often run through the underbrush in herds, weigh nearly 100 pounds apiece, and have an ugly tusk that can be used to gore any prey or opponent. Texas hunters have learned not to provoke them, and a charging javelina is often the greatest danger a hunter faces. Javelina is also the name of New York’s newest Tex-Mex restaurant, and a deceptively cute-looking baby peccary perches above the bar. Apart from that, the bar and dining room — which looks into the usual open kitchen — are relatively plain and unadorned. The premises itself will certainly not put you in a Texas mood.

Tex-Mex is the Lone Star State’s comfort food contribution to the nation. From it comes such delectable dishes as chili con carne, nachos, fajitas, and chile con queso — which is basically just a lake of molten cheese food product (think Velveeta) mixed with a can of Rotel chiles. The use of flour tortillas and hard-shell corn tortillas in tacos is also partly the result of Mexican immigrants arriving in Texas in the last century to find many of the raw materials with which they were accustomed to cooking simply not available. Canned chiles replaced fresh, cheap ground beef became more common than other meats, and yellow cheddar and processed cheeses substituted for white Mexican cheese, along with thick sour cream for thinner crema.

Javelina may be one of the first places in town to offer "queso," more properly known as chile con queso, a dish every Texas college student depends on for nourishment and as an accompaniment with tortilla chips to beer. It’s a spectacularly unfussy dish with only two ingredients. At Javelina, it’s gussied up and made more complex, though the quantity at the price ($8) is commendable. In fact, the menu turns queso from a single dish into a religion, with many invented (and price-boosting) variations offered. You can add food of all sorts to your queso, including meats like the carnitas and skirt steak more properly found in tacos. And, as a Texas friend at my table blurted out as he examined Javelina’s long queso list, "What the hell is white queso? Queso is yellow!" 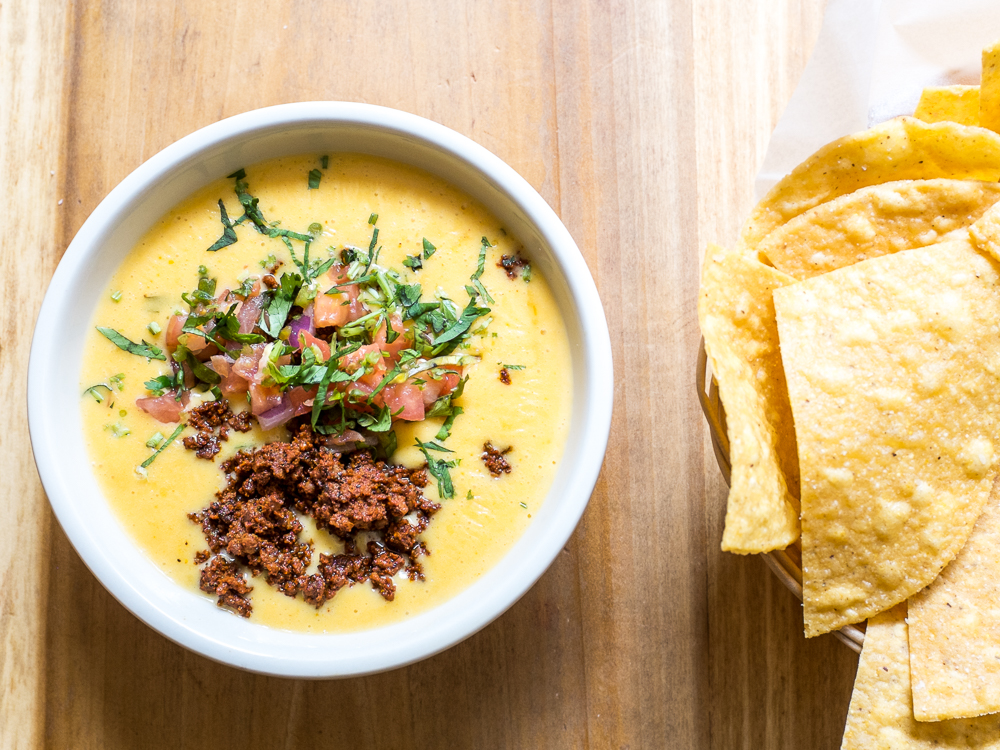 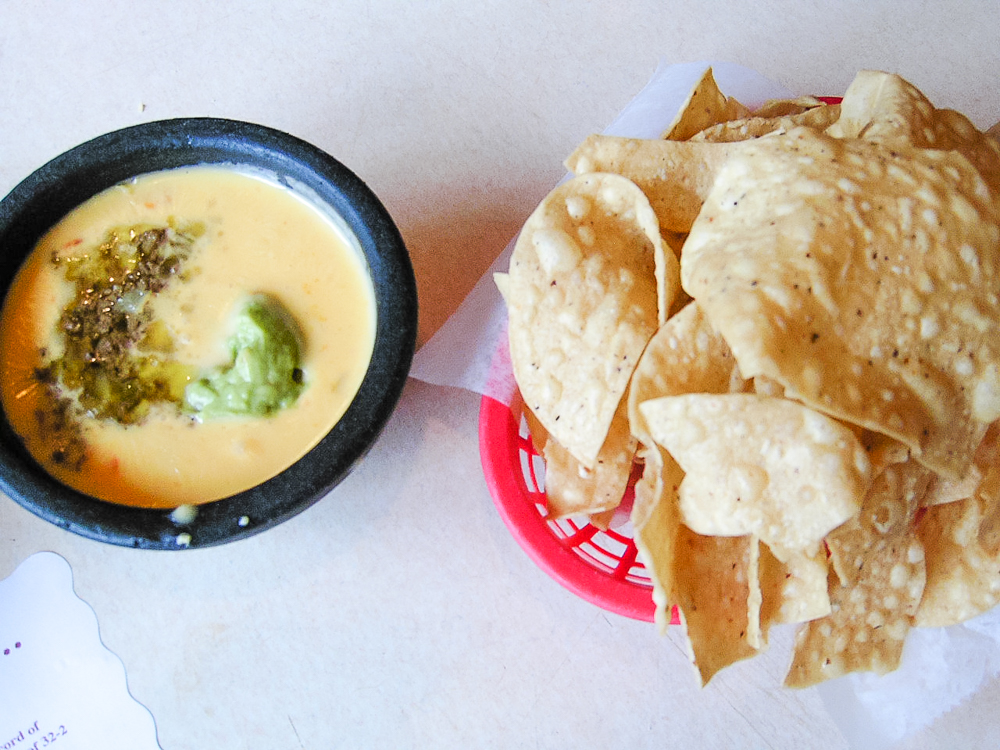 One permutation merits further examination since it has a specific point of origin in the Lone Star State, where each city has its own Tex-Mex specialties. Bob Armstrong — a combination of queso, guacamole, and taco meat (seasoned ground beef) thrown into the same bowl and not really mixed — was invented at Matt’s El Rancho in Austin, Texas, and remains that restaurant’s exclusive specialty as far as I know. As such Matt’s deserves credit on Javelina’s menu. The dip was named after a crusading 1970s Texas land commissioner. Predictably, Javelina’s version ($12) has been tweaked somewhat, but it’s still good. Photos show the difference between the two.

In fact, most of the tinkering done with Tex-Mex here is not only reverent, but falls within acceptable parameters, like something you might come up with at a cocktail party in your ranch house to the universal approbation of your slightly tipsy guests. One thing, at least, remains entirely unaltered: Javelina’s take on fajitas ($25) — a dish invented at Mama Ninfa’s in Houston but hearkening back to a much earlier chuckwagon specialty. A sizzling cast-iron platter arrives heaped with strips of delicious grilled skirt steak and sauteed onions and peppers, accompanied by guac, pico, sour cream, rice, beans, and flour tortillas. Do-it-yourself bliss! But you’re going to have to ask for more of the excellent homemade flour tortillas.

Above: Fajitas. Below: Chile con carne and puffy tacos.

Hopscotching around the menu, the tamales were good and properly small, but shouldn’t have been smothered in mole poblano — even though that substance is generally available on Tex-Mex menus today due to its pan-Mexican popularization in the mid-50s. Made with ground beef, the chili con carne (cup $6; bowl $8) is totally on the money; it grows on you with every bite. On the next table, we saw an order of enchiladas de Tejas ($17) arrive, engulfed in chili gravy and littered with onions. The smell by itself told us they were the real article, like the kind you get in San Antonio. Also from San Antonio and unique to that city were a pair of puffy tacos ($16), properly glistening with grease and stuffed with cheese and pork shoulder. For dessert, a gratis pair of small sopapillas served with the conventional bowl of honey.

The menu has lots of things I’m excited to explore, including other Texan dishes you’d almost never find in a Tex-Mex restaurant, such as chicken fried steak and wood-roasted quail. That is, if I can fight my way through the crowds into the restaurant again. Maybe if I bring a full-grown javelina on a leash. 119 E 18th St, (212) 539-0202.