Eater's Ryan Sutton takes a look at which New York restaurants are marking up their menus big time on Valentine's Day, and which ones are not.

Share All sharing options for: Atera Costs More Than Masa on Valentine's Day 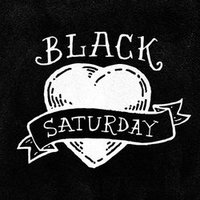 To understand the gravitational draw of dining out on Valentine's Day, consider this: Atera, on a normal night, sells a 20-25 course menu for $225. Add on tax and tip and you're at $580 for two. For those who care to drop by, OpenTable shows that the two-Michelin-starred restaurant can accommodate parties of two next Tuesday, Wednesday, or any day the following week, including Friday or Saturday. In other words, Atera, as good as it is – this critic awarded four stars in an Eater review – isn't terribly hard to get into.

But on Valentine's Day, the menu at Atera costs $500 per person. Dinner for two, and let's be honest there will probably two of you, will cost $1,289 after tax and tip, over twice the price of a regular evening at the Tribeca establishment. That's more expensive than dinner at Masa, America's priciest restaurant. Add on wine pairings, at the usual price of $165 per person, and your meal will run $1,714. Want to try it out? Too bad. Every single seat was booked up as of two weeks ago.

The common wisdom (which I largely agree with) is that dining out on Valentine's Day is largely for amateurs and spendthrifts looking for "romance." But is that case here at Atera? Doubtfully, as this two Michelin-starred establishment isn't quite One if By Land, Two if By Sea. Atera is a high-end venue serving cerebral, naturalistic preparations, around a 13-seat chef's counter.

It's all the more proof that Valentine's Day continues to rank with New Year's Eve (and to a lesser extent, Mother's Day), as occasions when restaurants can hike up their prices to astronomical levels and still fill up their reservation books with eager guests of many stripes. Valentine's Day is the culinary equivalent of surge pricing on Uber. It works, because lots people are willing to pay for it. In fact, that V-Day falls on Saturday this year has "doubled demand," says Matthew Abbick, Atera's service director.

Think Hard Before Dining Out on V-Day! | Create infographics

Part of the markup on Valentine's Day is a real estate play. You're paying for scarce seats. But it's also about paying for scarce luxury goods. "There is a high demand for high end ingredients during holiday weekends and purveyors raise their prices too so it's more expensive for restaurants to serve the ingredients they want for special occasions," said Steven Hall, whose eponymous public relations firm represents clients including Ichimura, the two Michelin-starred sushi bar, and Brushstroke, David Bouley's kaiseki restaurant.

So should you, as a diner, make a reservation at one of New York's most expensive restaurants on V-Day? That's largely a rhetorical question as most of these venues are already sold out for tomorrow night.

But here's something to consider, perhaps for 2016. If a reservation to a swank New Year's Eve dinner sometimes involves dancing, a live band, a communal party and a Champagne toast, dining out on Valentine's Day doesn't always gets you anything more than a few more luxury ingredients. That said, here's what's on tap at some of New York's finest culinary establishments for this "Black Saturday." Note: Anything in quotes, unless indicated otherwise, comes from that restaurant's respective spokesperson.

The Real Cost of Dinner for Two on V-Day! | Create infographics

Atera: "Guests will see many of the regular luxury ingredients like caviar and truffles while we also added a couple special courses and presentations," says Atera's Matthew Abbick. "A new oyster course and a Wagyu course with Perigord truffle are among the dishes we are showcasing tomorrow night. We tried to think through what would present the most luxurious options while not leaving guests too full. I many cases Valentine's Day is not solely about gastronomy, it's about creating luxury."  Also: The meal will begin with a glass of Krug Champagne, normally priced at $85 by the glass. V-Day price: $500. Regular price: $225.

Bouley: "Balloons with red rose strings will hang from the ceiling. Exotic ingredients will be on the menu. [David Bouley] tells me he just got his hands on the finest paprika from Austria and he will make Chicken Paprikash (I mean if you're going to eat Chicken Paprikash don't you want Bouley to make it for you?) There will be hibiscus and pomegranate lobster, rose petal ice cream and more decadent, delicious dishes. I'm sure truffles, foie gras, and Dungeness crab are on the list. And they usually are not in the same abundance as they will be on VD." V-Day price: $240. Regular price: $185.

Ichimura: "[The chef] has plans for other fish than he usually serves that quite frankly he hasn't told us about yet. I did hear a rumor of fermented sea urchin which I'm told is an aphrodisiac in Japan." V-Day price: $300. Regular price: $195.

Jean-Georges: The dinner menu listed online, at $258, is virtually identical to the regular dinner menu, listed at $208. Still, it's a reasonable markup for V-Day.

Le Bernardin: Eric Ripert's seafood temple will serve its regular $140 and $160 dinner menus, as well as an extended Valentine's Day chef's tasting for $245, up from the regular price of $205.

Marea: The two Michelin-starred restaurant is serving a more limited four-course menu than it normally does, at $175, instead of at the usual $99.

Masa and Per Se: New York's two most expensive restaurants, located next door to each other on the fourth floor of the Time Warner Center, are serving their regular menus on Valentine's Day, at $450 and $310 per person, respectively. Then again, at such prices, one might argue it's always Valentine's day at Masa and Per Se.

Shuko: Jimmy Lau and Nick Kim's sushi spot are only offering their longer $175 kaiseki menu; the shorter $135 sushi omakase will not be available. Still a STRONG BUY.