Einat Admony, the female-chef behind Balaboosta (good, not great) and Taim (serving some of the finest falafel in New York), has another winner on her hands, making her West Village spot Bar Bolonat not just one of New York's best new restaurants, but a de facto argument in favor of those who believe the multi-ethnic culinary traditions of the Middle East will become the next big thing in the U.S.

And while some have asked whether America, en masse, is ready for the Middle Eastern experience at the dinner table, a legitimate question as the "Halal Guys" convert their street meat operation into a national (and international) chain of sit-down spots, the fact that a concept whose name refers to Muslim dietary guidelines has such strong backing is a sign that semitic skepticism is on the wane. After all, the Jewish and Arab-Israeli duo behind London's Ottolenghi restaurants and delis seem to have a knack for publishing multiple best-selling cookbooks. And Zahav's Michael Solomonov is quickly becoming a national figure himself as he slings Yemenite beef stew and sesame tahini donuts to packed houses in Philadelphia. 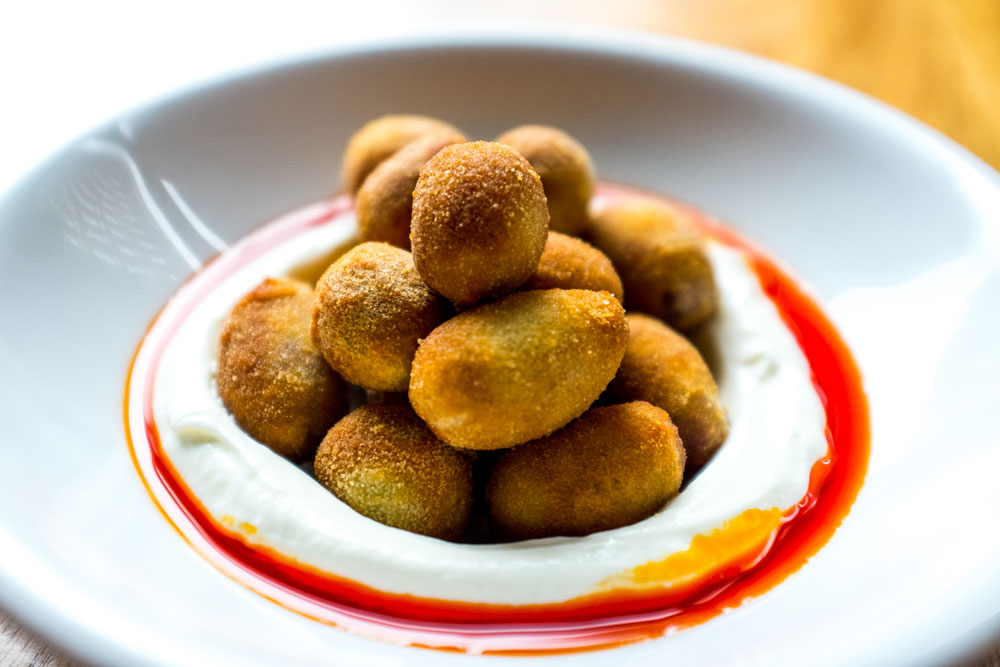 Admony, who tips her hat to Yemen, the Maghreb, the larger Mediterranean and even Iran, is coming into her own as one New York's strongest ambassadors for the Middle East. Just don't expect any hummus with flatbread or falafel sandwiches here.

Instead, Admony brings us falafel-crusted grouper, with a mahogany exterior that's as dense as the crust on skillet fried chicken, and with a powerful aroma of cumin and onions. Call it an Arab (or Israeli) response to Long John Silver's. And in place of a bread course Admony brings us fluffy Jerusalem bagels. They're baked (not boiled, like their New York counterparts) and paired with a ramekin of olive oil and a small paper cup of za'atar, a fragrant blend of oregano, thyme, savory, sumac and salt.

Consider the kibbeh. The ubiquitous Levantine empanada is elevated with perfect execution and clarity of flavor. The teardrop-shaped bulgur pies, stuffed with ground hanger steak, reek of turmeric and taste of pine nuts. Even better are the breaded and fried olives, green and black orbs that shock the palate with brine until they're dipped in a pool of yogurt — but the cooling power is only fleeting, because the stinging, smoky power of harissa oil takes over seconds later. There you have it, a vegetarian answer to Buffalo wings. 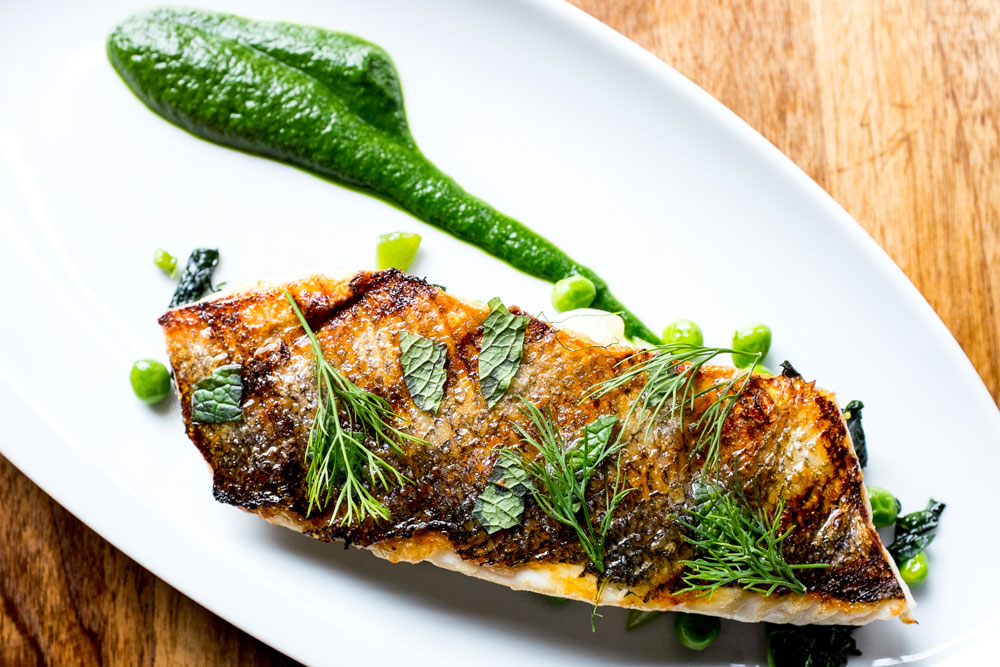 Warning: Like at any good restaurant, expect to spend a few dollars. The four-course a la carte menu, with three glasses of wine each, can push the check to $100-$125 per person after tax and tip. Related: It's worth it.

Inhale as a server removes the top of your short rib tagine. This is a musky men's cologne disguised as food; the stew is packed with enough sour Persian lime, cilantro, turmeric, and fenugreek to evoke the majestic ghormeh sabzi stews of Iran. It comes with a mound of couscous so ethereal it could pass itself as one of Ferran Adria's edible snows or dusts. Let the grains roll around in the mouth and feel them separate like pearls of good tobiko roe. Now you know it, Admony has created the caviar of semolina.

Bar Bolonat isn't a Kosher restaurant, but the bill of fare leans closer to Jewish dietary sensibilities than those of, say, the Momofuku crowd. There's certainly no pork, but the restaurant does serve shellfish and mollusks, including a stellar octopus sporting a toothsome, anchovy-like taste of the sea and a Yemeni-spiced sweet corn puree.

Like California and other Mediterranean countries, vegetables play a heavy role in Israeli cooking, which is why Bar Bolonat diners will encounter everything from killer grilled asparagus with toasted almonds to a mind-bending Japanese eggplant starter; the nightshade boasts the gentle smoke of harissa and the soft texture of a barely set panna cotta. And pappardelle with oysters, chanterelles, and criminis is assaulted with enough mushroom stock, black pepper, yogurt, and al dente pasta to give the dish almost as much depth of flavor (and epically more heat) as a bolognese. 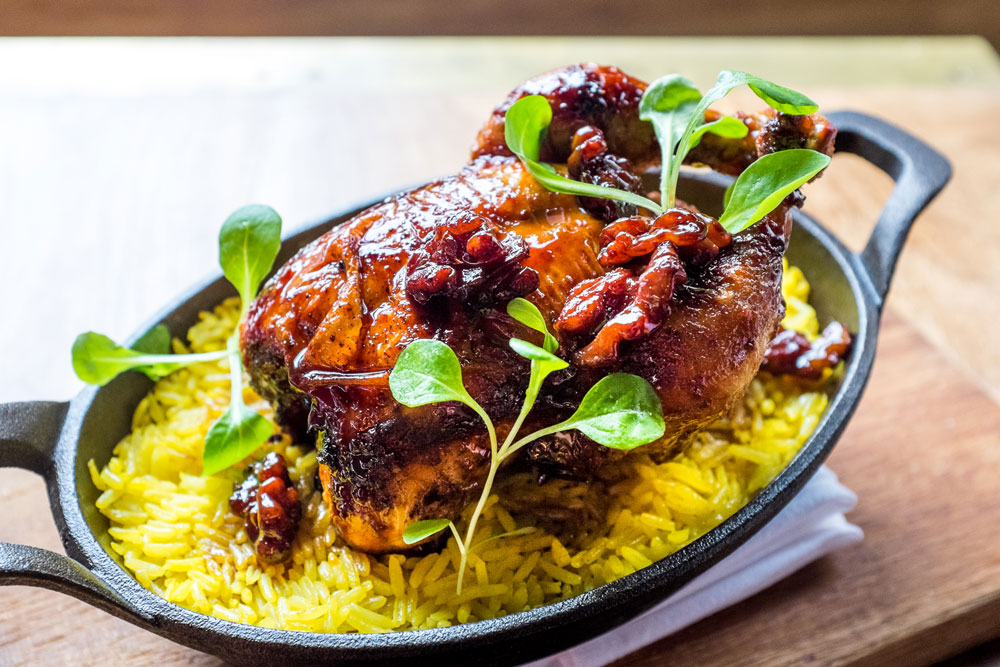 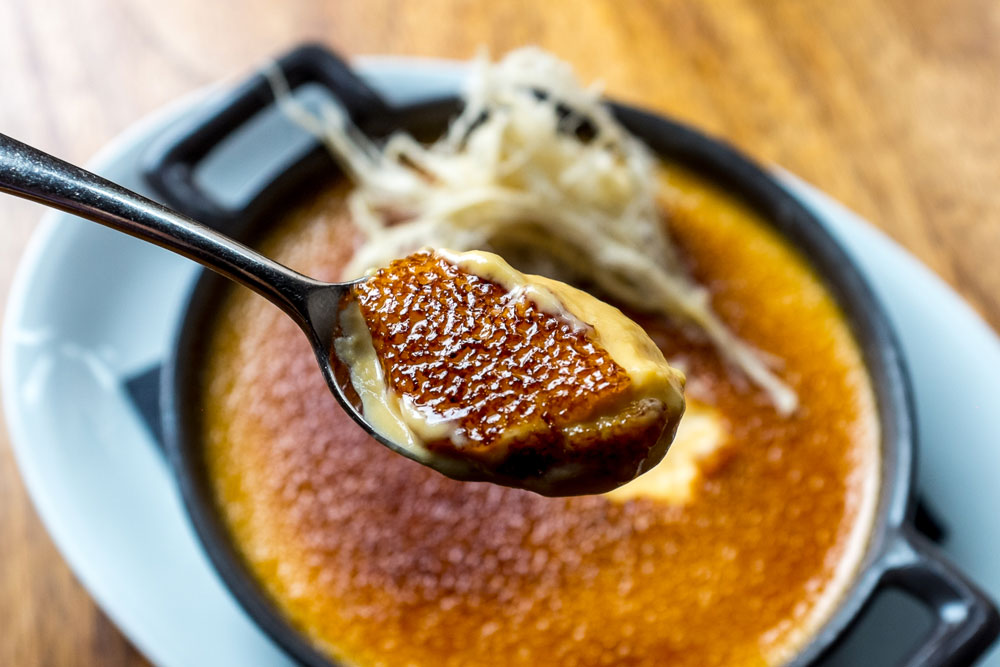 Skirt steak, bursting with clean fat, gets its rich nuttiness amped up just a few notches higher with a strategically deployed blast of tahini. And Admony's poussin might be one of the birds of the century. Even though it's oven-roasted, the skin boasts that pliant, latex-like texture that's typical of a master rotisserie treatment. The flesh reeks of intoxicating nuttiness — the Iberico of poultry, perhaps? And the exterior is coated with a walnut and pomegranate glaze so dark and rich it's as if the fruit has been turned to chocolate by the same guy who figured out how to turn lead into gold.

Sweets are as perfumed as the savory courses, from minted Moroccan tea gelato to a Halvah creme brulee topped with Persian cotton candy. Outstanding. In a city so rightfully enamored with the delis and appetizing stores its historic Jewish-immigrant population, Bar Bolonat offers something markedly different and equally vital, a refinement on the regional flavors of Israel and the larger Middle East. Yep, it's packed every night.

Our review of Bar Bolonat

Cost
Small plates, $6-$16. Larger plates, $26-$32.
Sample dishes
Just about everything except shrimp curry and raw fluke.
What to drink
Steer toward the fine Israeli selections on the wine list, like a blend of semillion, sauvignon blanc and chardonnay ($15), or a tart, fruit-forward cabernet blend ($16) that could hold its own with an excellent entry-level selection from anywhere in the New World.
Bonus tip
Book dining room seats on OpenTable or Resy. Better: walk in for the bar. Don't miss the branzino with jalapeño-spiked green harissa.