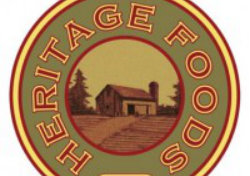 1) Heritage Foods & Heritage Radio Decline a Monsanto-Backed Speaking Invitation:
In a special opinion segment Heritage Radio Director Erin Fairbanks explained why the organization declined an invitation from a Conde Nast Sustainability Conference that turned out to be underwritten by the seed and pesticide giant Monsanto:

The problem with this email, and I think the big problem, is that nowhere in it was it made clear that this project was being underwritten by an organization that is such a divisive player in the food world. Nowhere did it say 'Hey, Conde Nast and Monsanto want to offer you this opportunity.' 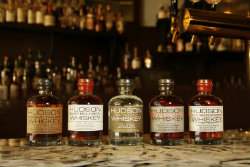 2) Tuthilltown Spirits and Hudson Whiskey Brand Ambassador Han Shan:
Damon Boelte of The Speakeasy invited spirits professional and recently-appointed representative for the small-batch Hudson Valley whiskey distillery to talk about his life and times in booze. Here's his story of his first taste of the good stuff as a troubled infant:

I was about three months old, and I was with my folks and visiting my grandparents, and I had an ear infection that I was troubled by in my infancy, and you know, it was the 70s, and I was just inconsolable, I hadn't slept in a day and a half and I was just crying, and the doctor asked my mother, 'Hey, is there any whiskey in the house?'…and he suggested she give me a little Wild Turkey with my milk and I put it down and I promptly slept for like twenty four hours. 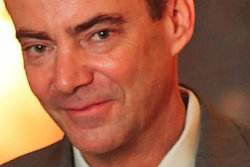 I believe that what I enjoy doing mostly is teaching, and a cheese shop doesn't really afford that opportunity…I like to do that on a little bit bigger scale and a broader scale. 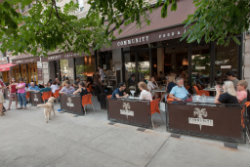 It's best to get there super early, it depends on what I've got going on at the restaurant, I always try to make it there before eleven o'clock, if you start going later than that it gets hot during the day and stuff starts to wilt, they start to get low on certain things. 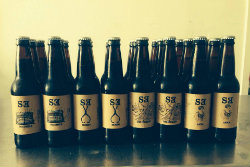 5) Gypsy Brewers and Their Hosts:
On this week's episode of Beer Sessions, Jimmy Carbone played host to Ray Darmstadt of St. Gambrinus Beer Shoppe, Mike Mare of gypsy brewer Secret Engine Brewing, Mike Voigt of Rocky Point Brewing and Sam Barbieri of Waterfront Ale House. The group tastes a bunch of beer, and Gypsy Brewer Mare, in the company of one of his brewery space hosts Mike Voigt, shares his driving ethos on beer making:

I brew beer that I like to drink and if there's extra, I sell it.