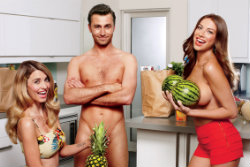 When I was in school I had a guidance counselor, and we were trying to figure out what I wanted to do when I grew up, and I told them that I wanted to be an adult performer, and they laughed and thought I was joking…and they said 'What do you like to do?' and I said I liked to eat, sleep, and have sex. And so I managed to turn one of those things into a profession, and then basically everything else, I didn't know how to capitalize on. And then one day I decided to start doing these food reviews on my blog. 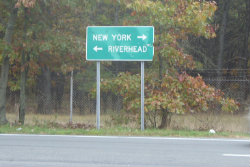 2) Great Beer on the North Fork:
Owner of Jimmy's No. 43 and unofficial NYC beer ambassador and ombudsman Jimmy Carbone chatted with the folks behind Greenport Brewing Company, Long Ireland Brewing and Moustache Brewing Co about being beer folk on a wine fork:

When we first opened our doors there was a pushback from some of the wineries. I think in the past couple of years they started realizing if they served beer alongside the wine you might capture more fans and some people might stay longer. We've had great success and built a lot of great relationships with wineries on the North Fork. 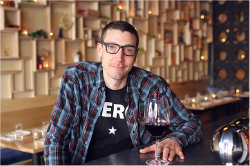 3) Pearl & Ash Returns to HRN:
Patrick Cappiello and Brandon McRill of Pearl & Ash stopped by the HRN studios again, this time to chat with Terroir GM and host of The Morning After Jessie Kiefer and cohost Sari Kamin of HoneyandSchmaltz.com. Brandon McRill gave some rare insight into how the mentality behind the whole restaurant grew out of Capiello's wine list, notoriously broad and inclusive of many price points and styles:

I also think that you can take the methodology of the wine list and extrapolate it across the entirety of the restaurant to say that it is about the approachability and access. 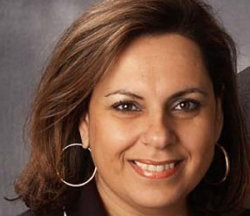 4) La Caravelle, from Restaurant to Champagne Brand:
Shari Bayer, host of the show about the world of food PR All in the Industry, spoke with Rita Jammet. Jammet once ran the classic, James Beard nominated NYC restaurant La Caravelle, which morphed into the champagne brand it is today after she turned the brand around after the restaurant closed following 9/11. On leaving an identity behind:

When you're with an organization, a company, an institution, a restaurant, it becomes you, it becomes your identity. Then all of a sudden, that dimension is gone, so you do have times when you say, 'who am I exactly? What am I?' You have to find a new place for yourself. 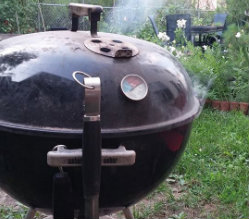 Everything I learned about grilling meat I learned by grilling grass-fed meat.