Shitshow Week wouldn't be complete without at least one well-deserved Deathwatch. And today, there are going to be a few. First up: Fatty Crab, the lone survivor of the Fatty Crew's New York properties, that is, if you don't count the abominable Fatty 'Cue kiosk in Barclays Center. Foodies of a certain age might have warm, fuzzy memories about this restaurant in its heyday, when Zak Pelaccio was turning out fresh, insanely spicy, immediately satisfying Malaysian fare. But Pelaccio has officially checked out of this restaurant (and all the other ones), and now it's in the hands of the Camacs, a family of restaurateurs with a miserable track record, as of late. They just can't keep a restaurant open these days.

A year and a half ago, news broke that the Camacs had signed a deal with Stephen Starr, but they haven't announced any future projects since then, and they recently shuttered two of their big restaurants.

Fatty Crab might hobble along for another year or two, but diners have a lot of other options for hip downtown Asian restaurants right now, and nobody's talking about the food here anymore. Another inspiration for the Deathwatch: this horrible website redesign. 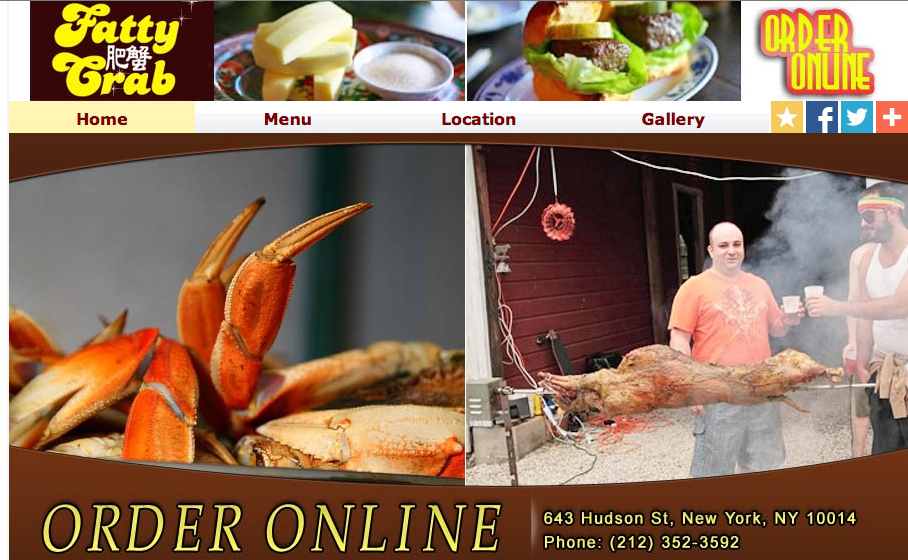