At Vermilion, Midtown's Latin-Indian restaurant-cum-catering hall, is a shitshow. That much has been established, over and over and over again. So when two Eater editors went for a spot check earlier this week it was not to re-establish its place in the shitshow canon. It was out of sheer curiosity. Somehow, as great restaurants close or struggle, the eight-year-old At Vermilion lives on. Here's what we encountered inside the belly of the beast:

1) A rain curtain, with a sign admonishing guests to not touch said curtain.

2) A fishbowl filled with about 10 business cards. According to a sign, at some undetermined point in the future, the owner of one of those cards will win a free dinner at At Vermilion.

3 A host whose first words were, "Watch your step." 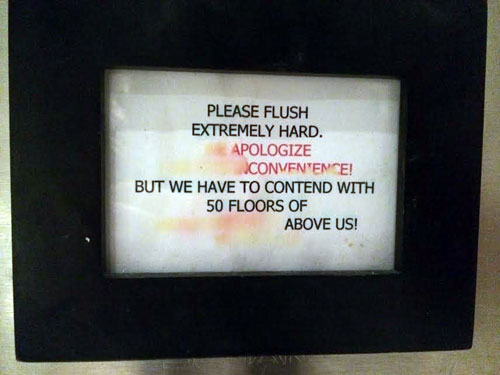 8) A menu that features a James Beard Foundation logo (because the restaurant hosted an event for the foundation this summer); a list of the magazines that have mentioned the restaurant; this quote: "vermilion — a melding of indian and latin cuisines, grounded in deep historical cross influences, geographical commonalities in ingredients, an intellectually provocative evolution"; a hot toddy.

9) A cocktail with a small savory cracker (pani puri) on top. 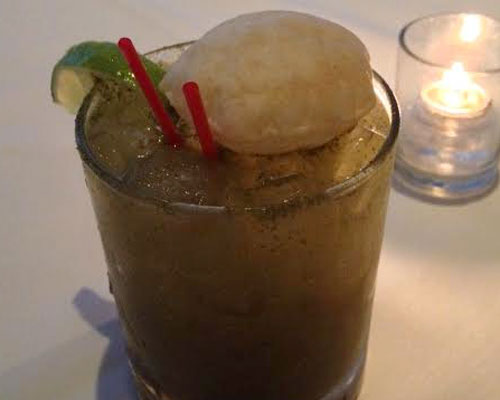 10) A cocktail with an entire muddled jalapeño pepper inside. 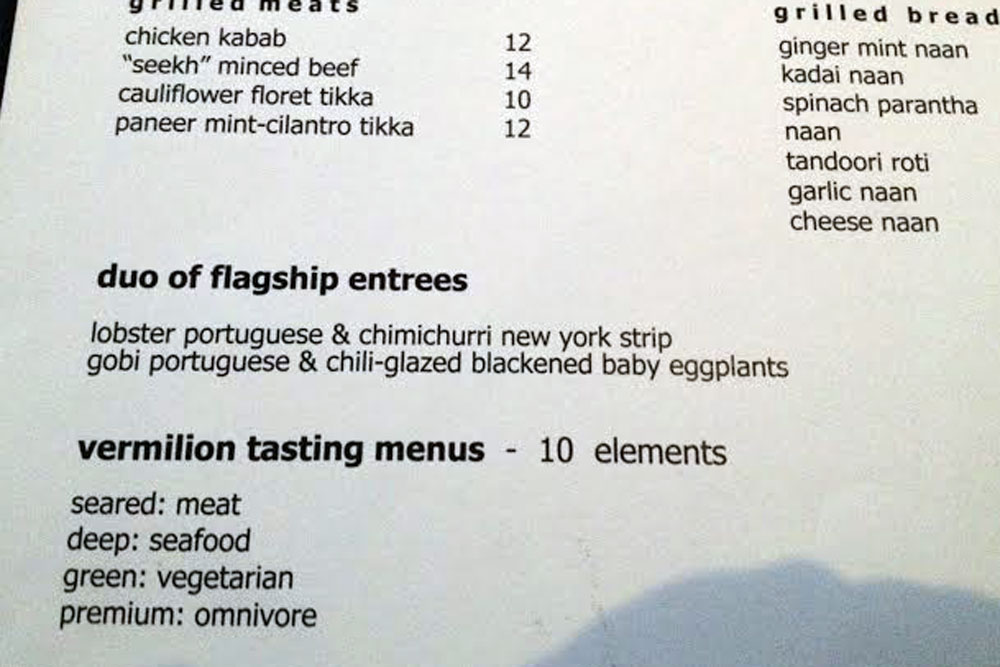 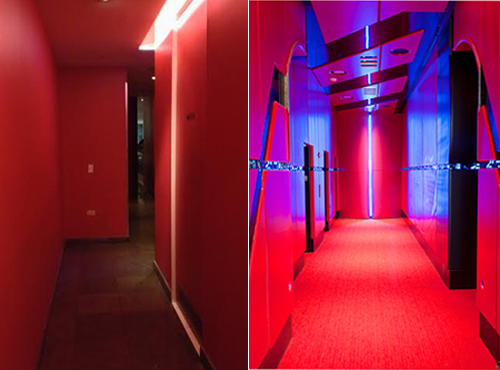 14) A "degustation" of appetizers that included: (1) chewy scallop covered in stale blue corn chips flanked by a large chunk of boursin (or similar) cheese; (2) overly sweet artichokes (or as the menu puts it "Spain's thistle"), (2) perfectly edible duck arepas, (2) cold pani puri next to a shot glass of chili mint water. 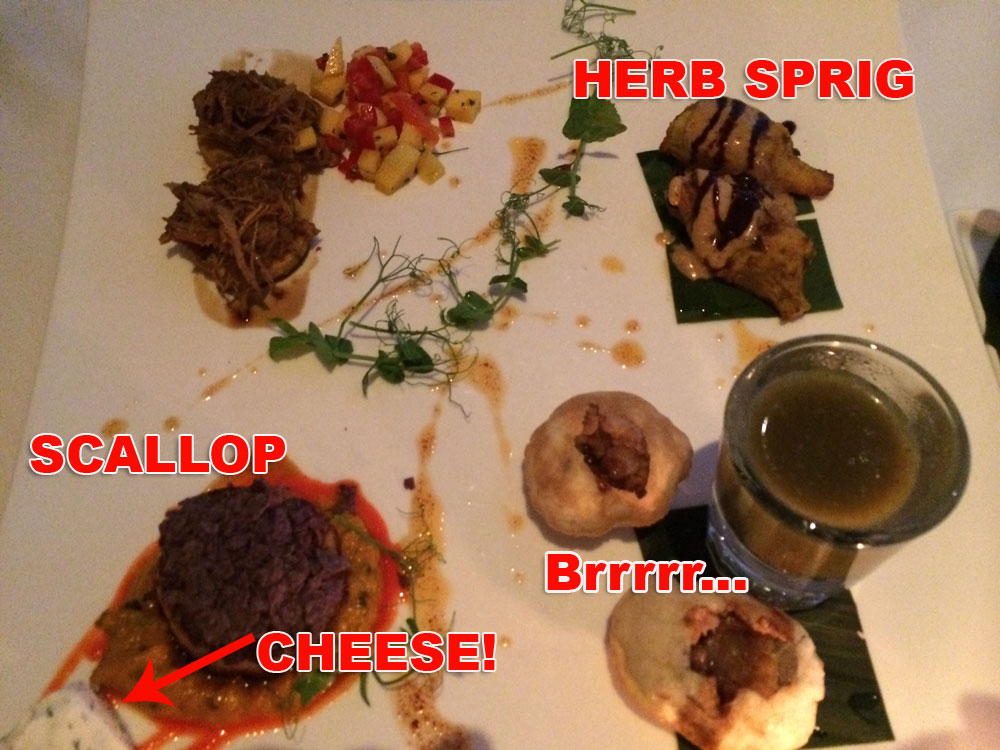 15) A soundtrack of Top 40 hits from three years ago, including songs by Coldplay, Bruno Mars, J.Lo, and Adele. Perplexingly, the final song of the evening was Neil Diamond's "Song Sung Blue." 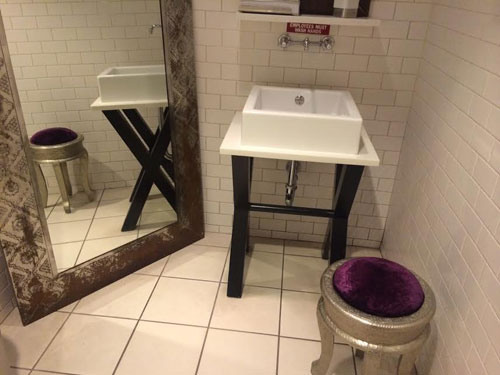 20) A handful of other twosomes, there because a) There's a 20 percent discount for people who work in the building, b) they were tricked by their hotel concierge, and/or c) they wanted to go to a place where they wouldn't run into anyone while conducting either an illicit business meeting or affair.

21) A press wall with framed photos of write-ups of At Vermilion's Chicago sister restaurant from 2006.