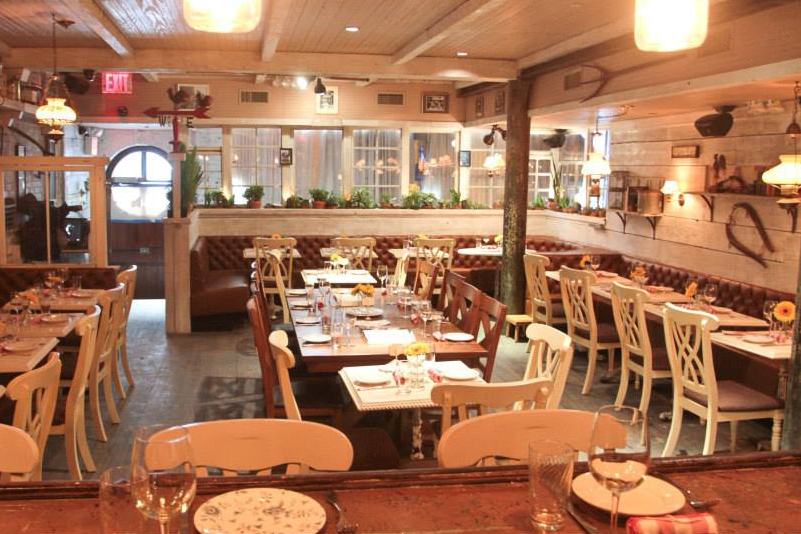 Spend any time living in New York, and you'll quickly realize that there's no such thing as "the city." This place is manifold, it's multifaceted, it's many cities at once sharing the same geographic space. I'm not talking about the old saw of Manhattan being really just a patchwork of small towns; anyone who wanders more than six blocks outside of the mirror-glass vortex of Midtown can pick up on that. What I mean is that the whole of the city, end to end, top to bottom, is actually a living palimpsest, dozens of simultaneous New Yorks written and overwritten atop one another, the inhabitants of each zipping around within their stratum from jobs to homes to bars to restaurants to parks to clubs to parties, maybe intersecting briefly with other simultaneous worlds on the subway or at the airport but, on the whole, rarely bleeding through with any significance.

This isn't a class thing (or at least, it's not entirely one). It's about cliques, it's about social blinders, it's about the way cell phones plus tourists plus real estate prices have stripped the hubs from New York's tribal topography and we're living on a new, bigger map. Mostly, though, it's a long-winded way of making the point that—existing as I do in my own limited version of this city—I tend to live a life that allows me to forget about all the douchebags.

But there are times when I'm reminded that I live in a curated reality, that there are people who are, to paraphrase a friend with a particularly generous spirit, actual human beings whose apparent choices I may not agree with, but whose histories, environments, and inner lives I can't begin to fathom, let alone judge. Among them: The woman who wears a Soul Cycle tank top to places other than Soul Cycle; the man who nonchalantly rests his lacquer-red motorcycle helmet on the dinner table; the stringy-haired, quinquagenarian Russian with a barrel gut and a tight black t-shirt who, when the hostess approaches to ask if he'd like to get up from his seat at the bar and move to the table that's ready for him, puts his hand on her hip, cocks an eyebrow, and says "And why would I do that?"

All of these characters were found at Chalk Point Kitchen on a recent Wednesday night (after much negotiation with the angelically patient hostess, the handsy patron did eventually get up from his barstool, freeing up space so my friend and I could eat our dinner sitting next to each other). They were scattered around homey wooden tables and cutely mismatched chairs, flatteringly lit by repurposed kerosene lanterns mounted to (surely reclaimed) wood-plank walls, dining beneath decorative shelves packed with homey ephemera: flowerpots, jar candles, an antique grocer's scale, a framed drawing of a chicken, a set of a dozen cloth-bound cookbooks. The servers wear miniature-chalkboard name tags affixed to their suspenders with wooden clothespins. There are Edison light bulbs. There are mason jars. There are Edison bulbs inside mason jars. It's a Pinterest restaurant, a sponsored post on a lifestyle blog, a Blake Lively fever dream.

It is, in short, a pretty restaurant. The people eating there are very pretty. The food, served on a charmingly nonsensical mishmosh of painted porcelain plates and Chinese-restaurant melamine, is very pretty. Here's the part I did not expect, considering I was assigned this restaurant to assess as a potential shitshow: The food is also really, really good. A buttery succotash was mostly (happily) sweet corn and peas, perfectly barely cooked, studded with chunks of carrot and mushroom roasted just to the edge of char. The shrimp cocktail came with a sauce that was so sweet and smoky that I considered ordering more shrimp to scoop up what was left. The "Market Avocado"—which is, yes, a single avocado, peeled and cut into pieces and put on a plate, for which privilege one is asked to pay $10—would be a contender for Culinary Punchline of the Year if it hadn't turned out to be actually terrific, dressed in a spicy vinaigrette and topped with a sweet, stemmy tangle of baby herbs. 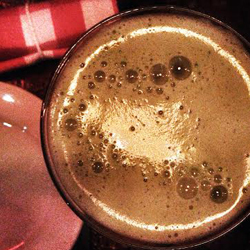 The back half of the meal was less transportive, but—and I mean this in the best possible way, a way that demands that you remember the fact that this is a restaurant with its social media hashtag printed on the menu, a restaurant with a Red Bull fridge prominently displayed on the back bar, a restaurant that serves a kale martini (basically your standard post-spin class green juice spiked with a shot of apple vodka; let's not lie to one another and pretend I didn't have two), a restaurant whose downstairs speakeasy is, even on a relatively sleepy night, guarded by a bouncer and a velvet rope—it was nevertheless astonishingly competent. A hunk of pan-roasted Maine cod with tender flesh and crisp skin on a bed of stewed tomatoes was like a really good dinner at home. The Romanian-style skirt steak au poivre with blue cheese had way too much going on, but the meat was cooked perfectly, tender and savory. My only complaint about the airy, creamy chicken liver mousse was that its garnish of richly spiced marcona almonds and dried cherries may have been too abundant, overpowering the bittersweet funk of the liver itself.

So the service was a little spacey (an order of Chinatown-style greens showed up twice). So the drinks at the downstairs lounge were a little off (but upstairs they were pretty great). So the whole intricately set-designed gingham-and-whitewash aesthetic was so aggressively, unignorably twee that it felt, by the end, like the third member of our dining party. But that's part of the deal with these simultaneous New Yorks. In my version of the city, I'm persnickety about the sweetness of my Sazerac, I roll my eyes at specialty light bulb filaments, and I balk at paying $800 for a pair of jeans. But in someone else's city, these things don't matter so much. They probably roll their eyes at me, my sensible shoes, my unlimited MetroCard, and my internet addiction. They don't care that they're eating dinner in a facsimile of a Brooklyn restaurant that's a facsimile of a Charleston restaurant that's a facsimile of an old French barn. They just order another round of kale martinis with genuine, unironic enthusiasm for the novel combination of alcohol and nutrient-rich leafy greens.
Verdict: Not a shitshow