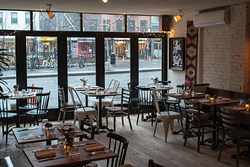 1) Chef Dinner Series
When: Tomorrow night
Where: The Cleveland
What: This Sunday the Cleveland is starting up a series of guest chef dinners. First up is Dan Ross of Fritzl's Lunch Box with Alicia Parter of Pok Pok, Eli Sussman of Mile End, and the Meat Hook's Brent Young all slated to cook later in the month. The meal costs $25 and includes a beer or glass of wine. Get tickets here or at the door. 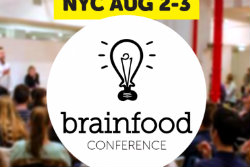 2) Spoon University's Brainfood Conference
When: Today and Tomorrow from 9 a.m.
Where: Alley NYC
What: Attend this food conference geared towards those who want to work in the food industry. Speakers include Chris Stang of Immaculate Infatuation, Del Posto's Mark Ladner, as well as Eater photgrapher Daniel Krieger. Tickets are $35. 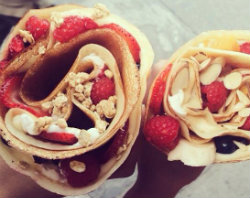 3) Free Crepes
When: Today and Tomorrow from 11 a.m.
Where: Eight Turn Crepe
What:Eight Turn Crepe is celebrating its first year of business by giving away 80 free crepes this weekend. The menu includes savory fillings like truffled egg whites or lox as well as dessert crepes with fillings like matcha chocolate. 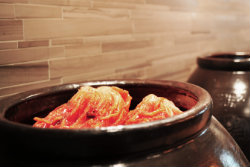 4) Korean Barbecue and Language Class
When: Tomorrow at 10 a.m. to 1:30 p.m.
Where: New York Kimchi
What: Learn to make Korean barbecue while learning to speak Korean at this immersive cooking session. Choose from classes devoted to barbecue short ribs, kimchi, and spicy chicken bulgogi. Each lesson lasts 90 minutes and starts at $85. 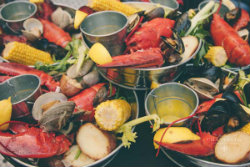 5) Rooftop Lobster Bake
When: Sunday
Where: Hotel Chantelle
What: Hotel Chantelle is hosting a Sunday lobster boil, a $29 package that includes a whole Maine lobster, steamed little neck clams, baked potatoes, and corn on cob. There will also be $25 beer bucket and cocktail specials.
Call 212-254-9100 to make reservations.
· All Previous Editions of Something for the Weekend [~ENY~]