Tavern on The Green Is a Bad Restaurant

Share All sharing options for: Tavern on The Green Is a Bad Restaurant

After strolling past the street-side marquee for Tavern on the Green, guests might encounter any of the following: brown trampled grass wedged between stones, weathered green wood panels, a quarter block's worth of knee-high weeds, construction tarp, a metal gate that seems to have been discarded long ago, and two giant shipping containers, one of them ajar, filled with what appear to be restaurant supplies. Turns out that $16 million, the reported cost of the most recent revamp, didn't fix everything.

"There's no one to take you to your table," a host said to me last week. "Would you like to wait here, or would you like to walk over yourself?" I accepted the more challenging option, and spent the next minute or so wandering through the stadium-sized outdoor seating area until my already-seated colleagues flagged me down. How luxurious.

Tavern on the Green is a former sheep barn that Robert Moses, in 1934, turned into what would eventually become one of New York's most famous restaurants, under the management of great names like Joe Baum and Warner LeRoy, and with cameos in films like Ghostbusters and Wall Street. It's one of the few New York hangouts that an out-of-town culinary novices could name with ease, which probably explains why it was once America's highest grossing independent eatery — a title it could very well claim again, as it currently feeds 900-1000 guests on weekdays, and up to 1,700 on weekends. 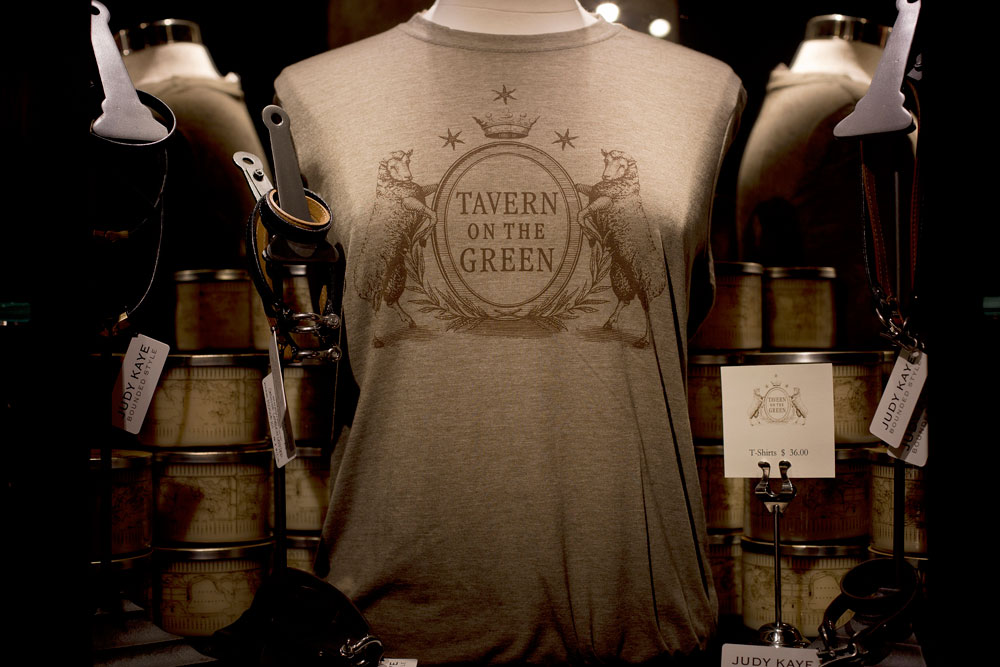 Those numbers themselves mean the Tavern is a de facto gastronomic ambassador for the Big Apple, an unfortunate phenomenon for a venue whose $22 mac 'n' cheese is real prison slop. And when the waiter upsells you into topping it off with salmon — because what's better than oily fish to pair with cheese-y, mushy, pasta — you'll have spent $32 on what is surely one the worst things anyone can eat outside of Rikers.

The $32 mac 'n' cheese is surely one the worst things anyone can eat outside of Rikers.

At the very least, it's good to have one of Manhattan's great spaces up and running again. The Tavern shuttered in 2010 after the city decided not to renew the LeRoy family's operating lease. New York lost millions of dollars under the closure, and citizens of the world lost the opportunity to re-visit a historic space as a proper restaurant. It finally reopened four months ago under Jim Caiola and David Salama, two Philadelphia restaurateurs who are apparently famous for their creperie. The duo's chief gift is the physical overhaul, turning much of the dining room into a glass cube overlooking the park. Hang out here when it rains and you'll experience a profound sense of peace possible in few other places in New York. And then the food starts coming.

"This could be a turnip. This could be a potato. This could be anything," my companion says of the roasted Japanese eggplant, devoid of flavor. Gruyere and goat cheese sandwiches, two tiny halves for $14, boast more grease than a lube job. Mushrooms, nominally affordable at $9, still overpriced because they're the same criminis you could find at a supermarket for $1.50. They sit in bowl above a slice of baguette to soak up all the juices. Except there are no juices. 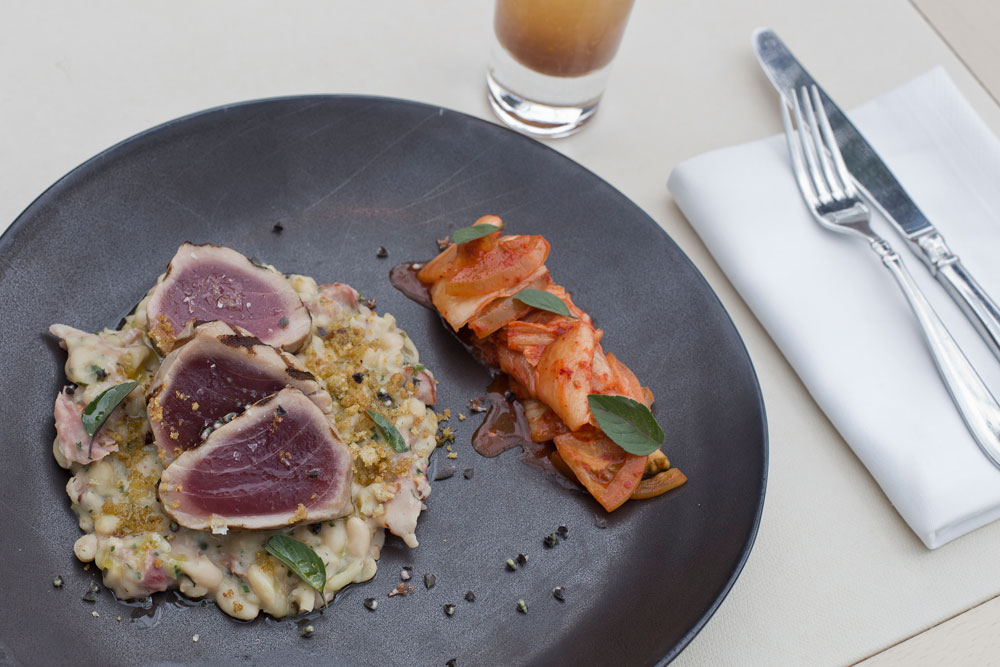 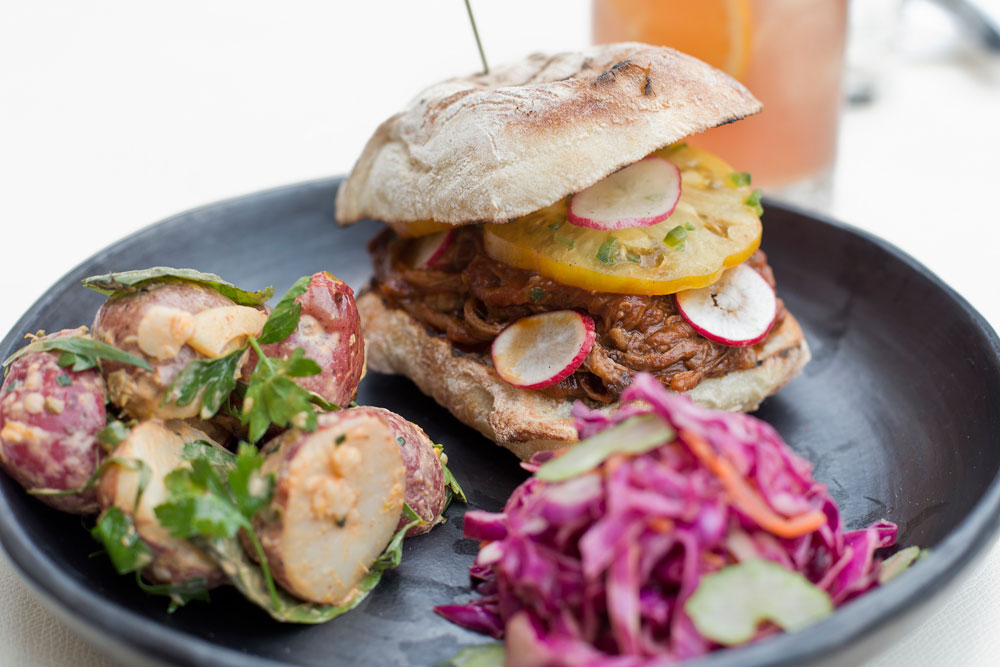 This is all the type of quasi-global continental fare that one might expect from a Sandra Lee "Semi-Homemade" cookbook, not a serious New York restaurant. The chef in question is Katy Sparks, who made a name for herself in the late 90's as a chef at Bobby Flay's Bolo and Mesa Grill, and then at Quilty's, where Food and Wine named her one of the country's best new chefs.

Perhaps that's why she's still serving grilled yellowfin tuna, everyone's favorite dish from 2001. Ordered medium-rare, it arrives closer to medium-well and is served atop an indistinct mash of ham and beans that is paired, for no reason in particular, with a few strands of kimchi. Call it failed ode to David Chang.

Is your food underseasoned? A waiter brings over one of those cute little ramekins that better restaurants use to hold expensive fleur de sel. Here, the elegant cup is filled with what looks and tastes like iodized table salt. Did you order the $45 brunch to ensure quick access to carbohydrates? The included pastry basket, filled with passable croissants and stale pain au chocolat, might not show up for 20 minutes. Tea, requested when your (excellent) grits with chorizo and eggs arrive, might not come until your (absentee) waiter clears the entrees. Sugar? Five more minutes. Exhausting. 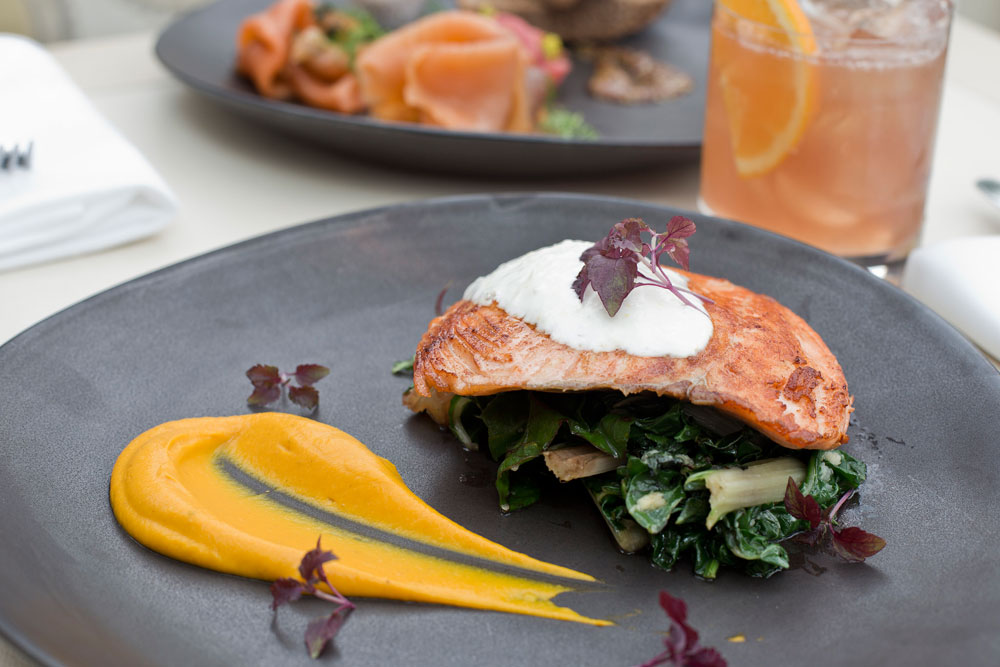 Not everything is bad. Sparks sends out a great gazpacho and lovely warm squid with a creamy interior and a charred exterior. Striped bass has a crispy skin and a cured salmon platter is fine, likely because the fish is cured at Shelsky's in Carroll Gardens ("we don't have the capability to do that here," a server tells me, and I believe him).

Red meat is expensive anywhere, but it actually should taste good to justify the prices. Minetta Tavern charges $59 for its world-class strip steak. Tavern on the Green charges $56 for its so-called USDA prime strip from Lobel's; the aggressively under-seasoned cut boasts no char or funk, chews like leather, and tastes like the gas it was cooked over.

And a "prime" brisket sandwich is a study in masking the flavor of meat with barbecue sauce. Cost: $28 — over three times more than you'll pay for an infinitely better product at Mighty Quinn's in the East Village. It should break any local's heart to think that an out-of-towner could come here and get the false impression that New York is a rip-off city with bad steaks and crummy barbecue. Even the brownie sundae dessert fails, because the fudge is served cold underneath the ice cream; cutting it requires as much force as slicing a steak. Shitshow? You bet.

Our review of Tavern on The Green

Cost
Too much.
Sample dishes
If you end up at The Tavern, try the squid, the gazpacho, the smoked fish, and the striped bass.
What to drink
Skip the medicinal, borough-themed cocktails. Try the stellar, spicy Bloody Mary.
Bonus tip
Same day resies easily available. Service can be especially awful at brunch.

Which of These NYC-Based Chicago Dogs Is Better?