As a Shitshow Week special, Eater asked some of New York's best food writers to anonymously share their gripes and frustrations about the restaurant world. What follows is a list of complaints, with no names or affiliations attached. Stay tuned for more grievances throughout the week.

1) A server at an unnamed Michael White restaurant with good ice cream and mediocre food walked by my table and whispered "mmmm" in my ear. Unacceptable. Frightening. 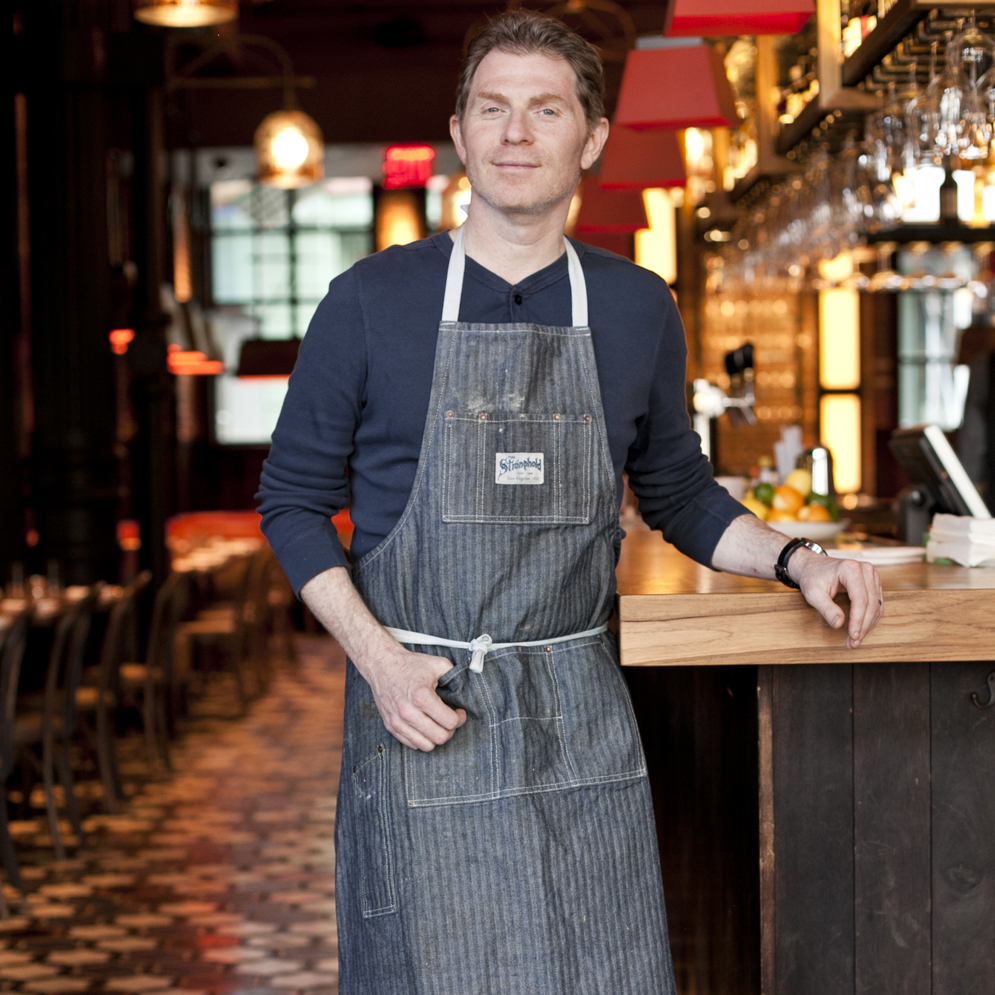 2) Bobby Flay and his vanity project, Gato. This is a man with a massive ego, and the media stroked it, hard. Especially the critics. "Bobby Flay's in the kitchen! This guy can really cook! Look, he's pulling a pepperoni pizza out of the oven with a long wooden paddle, all while wearing a designer apron!" The food here is comical. If Todd English opened this exact same restaurant, the critics would pan it and the food bloggers would rip it a new one.

3) The NoMad bar, the original, which is vastly over admired. The service is abrupt or nonexistent. The space is overcrowded. The drinks are okay. All in all it is a perfect example of cool kids picking cool kids to be the next cool kids. In terms of serving drinks to normal people, it is a pass.

4) In an otherwise empty restaurant, please do not seat me next to the only other patrons. In this crowded city, I want space wherever I can find it. 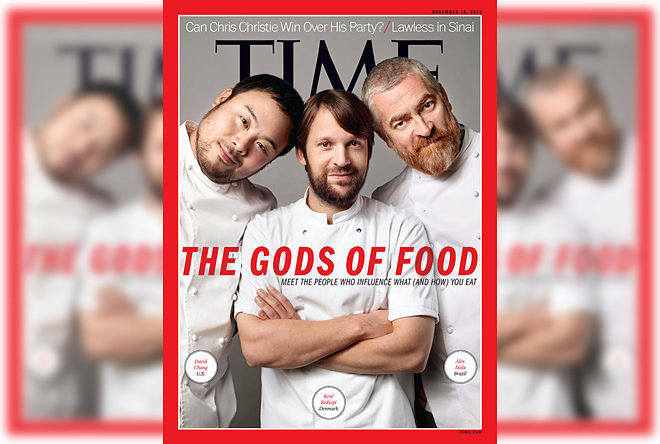 5) So Time magazine publishes an awful, myopic feature about chefs around the world that excludes most non-white and female chefs, and the media makes a huge stink about it, but what changes? Why were 90 percent of the pieces that came in the wake of the story different iterations of "count the women?" There is more vital reporting to do on why women and people of color don't get as recognized in the starfucking hype-machine, and even more stories to write on the amazing people already in the industry doing great work.

6) I don't want to hear about a juice cleanse, or juicing, or what "innovative" green vegetable you are putting in your juice. Also, I don't want to read another article about Soylent ever again. Can we stop pretending that we should be replacing food with some bullshit all liquid diet? 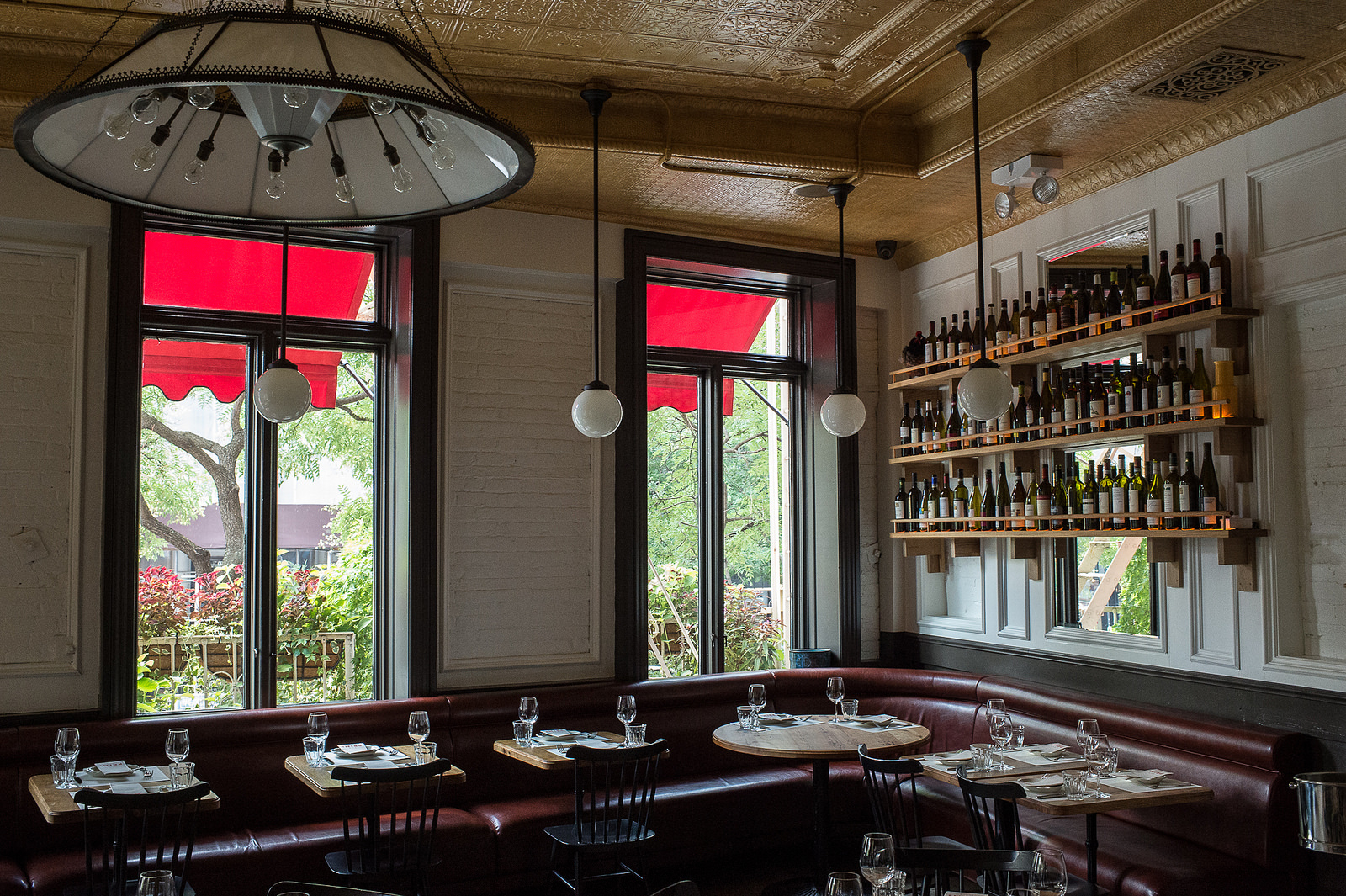 8) The pre-fab–ness of Bar Primi. It's Carmellini's Nicoletta and it stings because he's better than that.

9) I don't know if this is so much an airing of a grievance as an expression of sadness — sadness that people feel a need to goddamn document every stupid thing they do in their lives.

I'm a professional food writer. Reporting on what I and other people eat allows me to pay rent. That means that sometimes during a meal I have to take myself out of the moment and write down what I'm eating or how I feel about it or what it says about the American zeitgeist or how it compares to what other people are eating someplace else.

Sometimes I have to take a picture of what I'm eating (although not very often because professional pictures of the food in question is usually available).

It sucks. A meal in a restaurant is a holistic experience involving food, drink and companionship. Pausing to document it means I have to stop enjoying myself, stop actually living my life, so I can tell other people what I'm doing. But that's my job, so I do it.

I don't know why anybody else does it.

I don't know why people insist on photographing sunsets, either. The pictures never compare to the real thing. 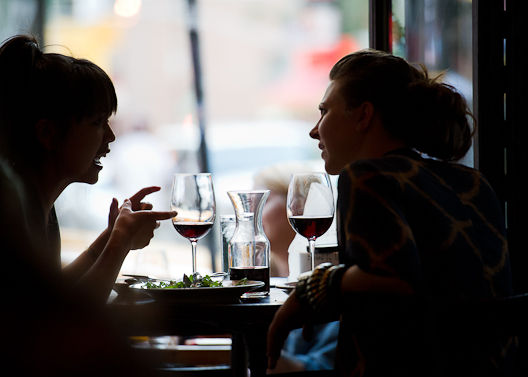 [The late 'inoteca by Krieger]
10) Serve my wine in a wine glass.

Stay tuned for more grievances throughout the week.