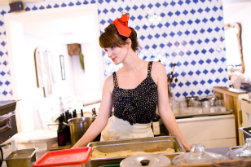 1) Zahra Tangorra of Brucie:
This week on The Morning After, Jessie Kiefer and Sari Kamin invited Zahra Tangorra, chef of Brucie in Cobble Hill. Here she is on how having no background in restaurants affected what kind of restaurant she opened when the opportunity presented itself:

I never even worked in a restaurant before I opened Brucie, and I think part of that has worked to my advantage, and part of that has been my biggest struggle. Everything is very heartfelt, and I just wanted to open a place where I could do what I wanted and I could cook and be inspired and make this interesting thing one day and the next day I'll make this other interesting thing, and we'll have dance parties and it'll be fabulous, and it has been, but it's also been really hard, because it's a very brutal business. 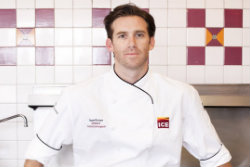 2) The Institute of Culinary Education and IBM:
On Wild Game Domain, former Army sniper, ICE instructor, hunter and host Chad Pagano spoke with ICE's Director of Culinary Development James Briscione about IBM's efforts to be more involved in the kitchen:
What they wanted to do was see how computers could help people be more creative…in the end what the system that we're working with is able to do is to look at ingredients based on their chemical structure and predict what ingredients are going to taste good together based on the flavor compounds that they share. 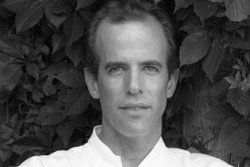 3) Dan Barber on Defining Cuisine:
This week on Chef's Story, Dorothy Cann Hamilton of the International Culinary Center took a trip up to Stone Barns to talk to Chef Dan Barber about his new book, The Third Plate and a few of the arguments that he makes therein. Here are his thoughts on why our idea of a cuisine necessarily involves interacting with regional ingredients above all else:

I don't claim that this idea of getting away from protein-centric food is a revolutionary idea of eating. I'm suggesting that it is a very old way of eating as you mentioned, and what I talked about in my book is that it's the basis of all great cuisines…a cuisine is by definition great because it's lasted thousands of years. So when you look at how those cuisines evolved…all of these cuisines evolved out of the negotiations that the peasants made with the landscape, and how could they make it nutritious and delicious in terms of a diet, that's the genesis of every cuisine. 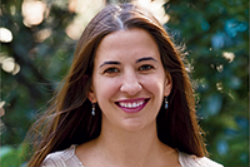 At some point before opening the restaurant, I looked around and said 'You only have one life and you have to be happy and do what you really really truly believe in' 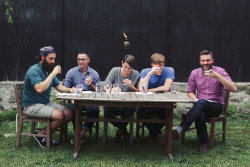 A lot of people rush through beer tastings, They want to tick off beers like achievements in a video game. Once you've done that a few thousand times you forget what's important about beer — which is sitting down and enjoying it over time