How Rising Star Kyle Koenig Brings His Farm to the Table

Share All sharing options for: How Rising Star Kyle Koenig Brings His Farm to the Table

It's three hours before Tuesday night service, and Kyle Koenig is meandering through a maze of vegetables. The Texas born chef, who has worked with Tom Colicchio since 2010, was promoted to chef de cuisine at Topping Rose House last summer. Along with the Bridgehampton inn's kitchen, he inherited the acre of farmland on which many ingredients for its restaurant's seasonal produce-centric menu are culled.

"These are borage — edible flowers that are really nice looking and taste like cucumbers,'' he says, proudly showing off the indigo blossoms. There are also actual cucumbers. "We harvest 40 pounds that we turn into bread and butter pickles for burgers and dill pickles for Po'boys at lunch,' he says.

He passes heirloom kale, which is made into a salad with currants, pine nuts, and pecorino; arugula, which is turned into pesto for the paccheri; and parsley and fennel, which flavor the Montauk squid.

The stroll continues past patches of squash, zucchini blossoms, spinach, Napa cabbage, broccoli rabe, Tropea onions, and then a particularly fragrant flourishing herb garden filled with mint, oregano, sage, chives, and English thyme, before stopping at a bunch of ripe tomatoes. "When I was a kid in Houston I picked tomatoes in my grandparents' yard, so these have fond memories for me,'' he explains.

Black raspberries and wild strawberries look very inviting. "There is nothing better than warm strawberries,'' says Koenig. "Cassandra, the pastry chef, picks them for her strawberry sundaes, and she uses the chamomile for ice cream.''

The bartenders too forage for ingredients. "They come out and pick mint for mojitos and nasturtiums,'' he says.

Koenig, a CIA grad who did his externship at Thomas Keller's Bouchon in Napa Valley and worked at the North Fork Table and Colicchio & Sons before heading east, now lives in the Hamptons with his wife Jessica, who is the restaurant's beverage director, and is seven months pregnant with the couple's first child. He oversees the inn's breakfast, lunch, dinner, room service, and the farm. "It's a lot, but when you sit back and look around, it's quite enjoyable.''

He is even considering expanding his duties. "We are getting requests to bring grills to people's homes, and we are looking into doing clambakes,'' he reveals. "We know catering is a big area here.'' This, of course, would be no ordinary clambake. 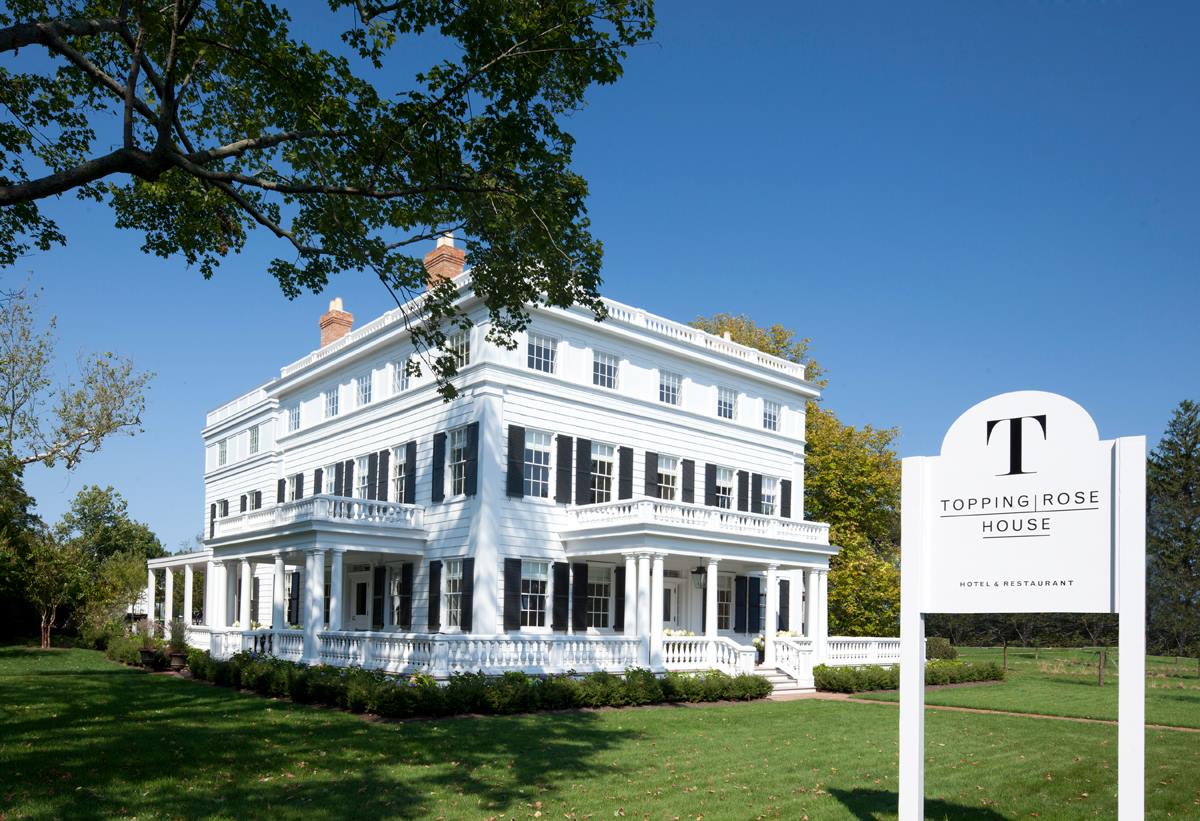 "I have a new toy — a caja China roasting box!,'' he exclaims. The box would be lined with seaweed, and the shellfish would be cooked along with corn in the husk, local potatoes and whole leeks, then served with herb butters. "Seaweed has an aroma that permeates through the food.''

To get inspiration for a new recipe, he just takes a walk outside. A recent lasagna was made with squash and lemon thyme from the garden. "I go early in the morning and the look, tastes and smells clear my mind. This morning I picked cilantro and lemongrass: I don't even have to order them. I communicate with the farmer. He said in two weeks romaine will be ready, so I start thinking about what dishes would go with that.''

Looking ahead to fall, he is thinking of starting to jar his pickles, jams, and jellies, and bag his granola. And, of course winter in the Hamptons can be a little more solitary. "Even in 16 inches of snow, if there is one customer, I will tell everyone to stay home and come in by myself.''

Koenig does dream of opening his own place one day. "I think I would pick a slightly warmer climate,'' he smiles. "Austin or Charleston would be closer to home and a good way to go.''