Affordable Batard Marks Another Win for King of Tribeca

Share All sharing options for: Affordable Batard Marks Another Win for King of Tribeca

Review and information for Bâtard

The youthfully gray-haired John Winterman, a self-proclaimed "maitre diva" who once plied his jacket and tie trade at Daniel, Charlie Trotter's, and other white linen factories, strolls over to an older gentleman at Batard in Tribeca and hands him a can of Pabst Blue Ribbon in a koozie. "That's what you get when you've arrived," Winterman later quips. It was like watching Manhattan tipping its hat back to Brooklyn, even as Brooklyn increasingly takes its inspiration from Manhattan.

And just as the stereotypically hipster beer isn't what one might expect at a prix fixe-only spot, neither is an off-the-menu fried chicken. The name of the dish is technically schnitzel — pounded, breaded, and fried meat — though half of the preparation is nearly the opposite: a rich and crispy poussin drumstick.

The other half of the schnitzel, the young bird's flattened breast, keeps things more conservative. The milk-fed meat recalls the soft texture of sweetbreads; the exterior boasts an audible crunch; and the flavor is pure butter and olive oil. Add a smear of ligonberries for sweetness, a dab of sea buckthorn puree for a bit of sourness, and wash it all down with a $25 glass of Marie Weiss Champagne.

Such is the high-low state of affairs at Batard, which replaces the avant-garde Corton that closed last year. The wonderful double-entendre of a name either refers to a fancy vineyard in Burgundy or the unwanted product of extra-marital monkey business. No more 16-course tastings like at Corton, just set menus at $55, $65, and $75 for two, three, or four courses. 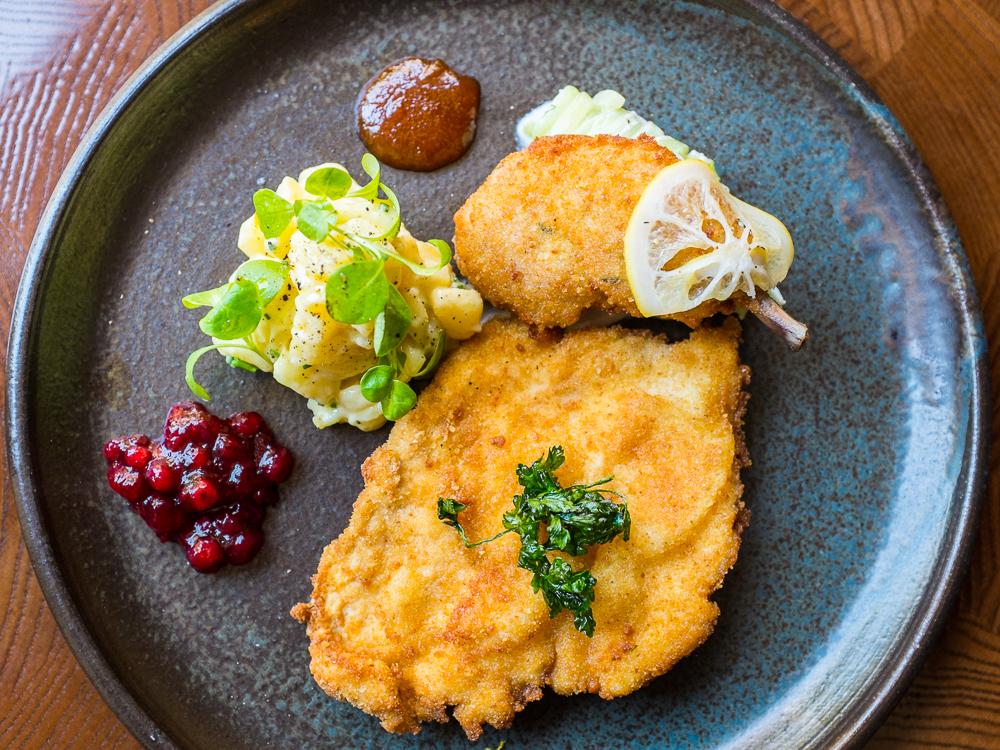 Winterman, who will try to sell you cheeses smuggled in from abroad at multiple points throughout the evening, is a partner in the venture, as is Austrian-born chef Markus Glocker, a Gordon Ramsay vet. And the ringleader of course is the King of Tribeca himself, Drew Nieporent, who started running this space in 1985 as Montrachet, back when today's crop of hot young chef's were still watching Muppet Babies.

Montrachet's importance can't be overstated: It helped establish Tribeca as a legitimate outpost for fine dining in the same way that Wylie Dufresne's wd-50 introduced many of us to tasting menus on the Lower East Side. The original chef was David Bouley and the goal was to serve high-end French fare in a slightly more relaxed environment (and at lower prices) than the old-school "Le's" and "La's" Nieporent used to work at. "Affordable French restaurants are as rare as air-conditioned subway cars," Bryan Miller wrote in his three-star New York Times review of Montrachet, and he praised the $16 prix fixe as "one of the better deals in town." Montrachet also offered a $26 set menu, which works out to $57 in inflation adjusted dollars, just $8 off from Batard's current three-courser.

Batard isn't as groundbreaking or exciting as either of its predecessors. But it still ranks as one of the year's most enjoyable and approachable new restaurants, turning out playful riffs on modern European-American fare. 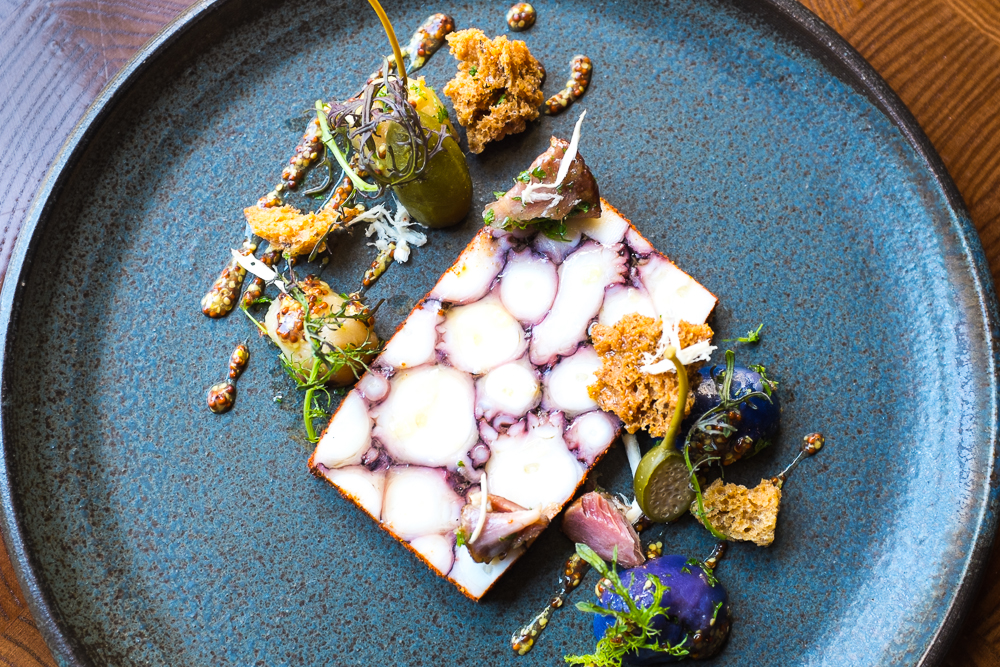 Glocker uses the natural gelatins of octopus and the warming spices of pastrami to make a silky mollusk terrine; it looks like a visual ode to a cobblestone road and it wouldn't be out of place between two slices of good rye. He employs the gentle sugars of scallops to mimic the sweetness of the corn soup that surrounds them. And he deconstructs a Linzer torte into a killer salad of roasted beets, red currants, creme fraiche and "cookie" breadcrumbs. It's a brilliant dish where the line between sweet and savory is so brilliantly blurred the salad could easily function as a dessert with just a hint more fruit.

Sometimes the creativity goes overboard. Poached oysters with pickles are fine starters on their own, though it's not clear why each shell is garnished with a knob of fried pigtail. Pork and shellfish is a classic combination (chowder!) but the addition of the crispy swine complicates what could have been a one-bite affair. And while rabbit with flavors of bouillabaisse results in an excellent saffron-heavy soup, substituting the dish's traditionally rich fish for one-note hare is questionable.

Pro Tip: Ask for a table closer to the bar for a more tolerable noise level. The sound-absorbing carpets and tablecloths of Corton are gone, and even with a bit of soundproofing newly installed, Batard's decibel levels can still strain the ears.

But such an inconvenience doesn't mean Nieporent has fully embraced the stripped-down ethos of our budget gourmet era. Riedel wine stems are thin and tall; good Laguiole and Christofle knives inspire thoughts of flatware robbery. And instead of amuses, the kitchen sends out bread — hot, delicious poppy seed baguettes that you'll use to mop up the remnants of black olive tortellini with foamy basil mousse sauce. 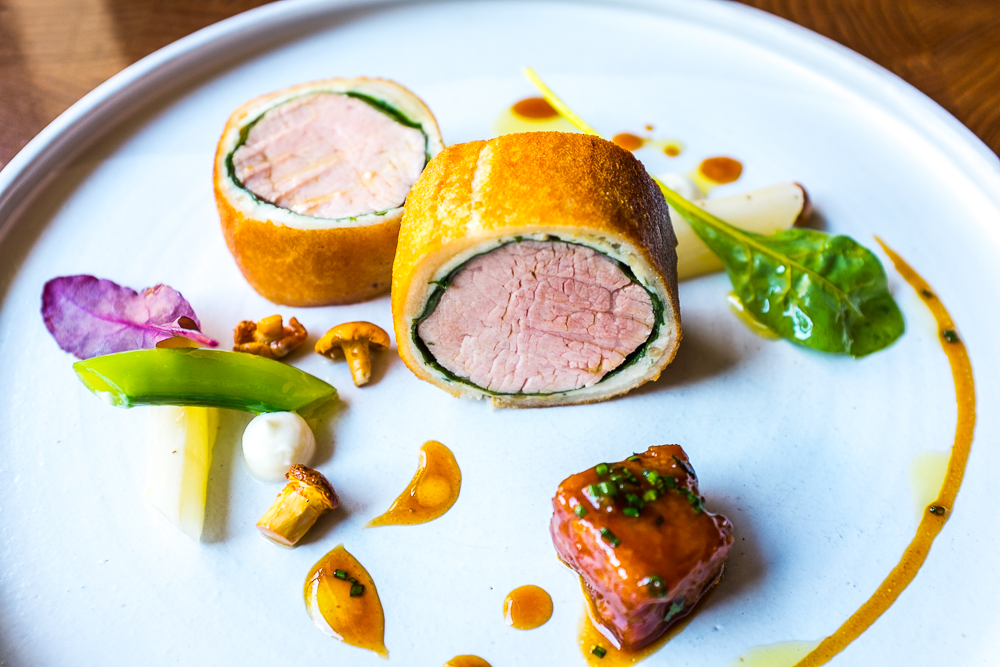 Meats rule the entree section, though keep in mind that Glocker is going for European-style balance with classic sauces, rather than nouveau-American purity, where the chef is a slave to the protein's natural inclinations. So veal isn't a chop but rather a tramezzini; the gorgeously pink loin wrapped in dough and paired with a vinegar-heavy jus. Lamb for two doesn't exhibit Breslin-style gaminess; it's rather an exercise in mild flavors.

Strip steak boasts no concentrated dry-aged funk because it isn't dry-aged. The beef is dipped in soy, "triple-seared" over binchotan charcoal, plated with beef tongue and braised beef cheek, and finished with a lip smacking, Madeira red wine sauce. 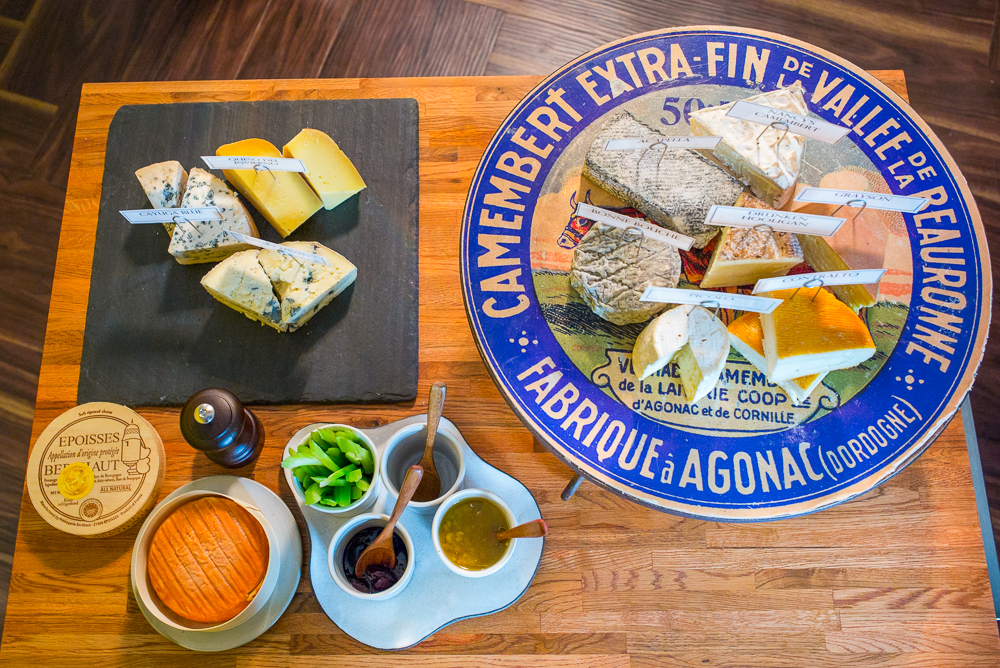 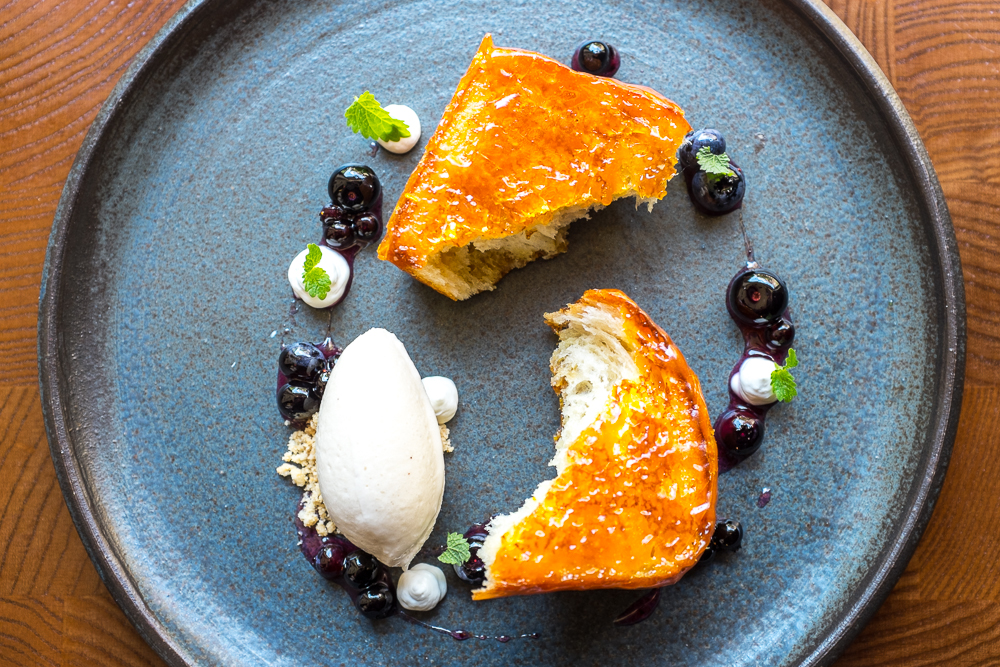 Consider one of Winterman's rare cheeses for dessert, though it would be a shame to miss out on the proper sweets, like caramelized milk bread with brown butter ice cream, or a soft "cheesecake" of fromage blanc with cilantro and lemon verbena. And perhaps best of all are the mignardises; marzipan cookies topped with almonds. Pair those with tea and relish in the fact that fine dining is thriving, and occasionally affordable, in our great city.

Our review of Bâtard