Share All sharing options for: Wilma Jean Opens in the Nightingale 9 Space Tonight

Wilma Jean, Rob Newton and Kerry Diamond's Seersucker spinoff, opens tonight in the former Nightingale 9 space. The couple decided to close Seersucker late last month in order to move their Vietnamese hit, Nightingale 9 into the larger space. As Seersucker's replacement, Wilma Jean will serve a Southern menu that includes some of Seersucker's most beloved dishes, like fried chicken and cheddar grits, along with burgers, fried bologna sandwiches, and a wedge salad. Grub Street reports that it will be open just for dinner tonight and tomorrow, but will be open starting at 11 a.m. after that. Diamond also sends word that Nightingale 9 is on track to reopen in the former Seersucker space by next week. Check out Wilma Jean's menu, below. 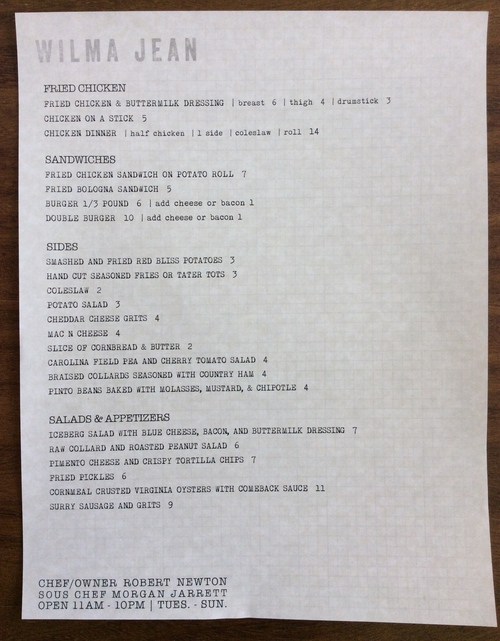