It's 9 p.m. at Andrew Carmellini's Bar Primi, and half the guests wouldn't be out of place in the society pages of Vanity Fair. It would make sense if this were an East Hampton pool party, and not a Bowery joint trafficking in cheap pasta, paper napkins, and sloppy roast beef sandwiches.

Leave it to Carmellini, Josh Pickard and Luke Ostrom, the team behind Locanda Verde, Lafayette and The Dutch, to give New York what it wants, which in this case is a late night pasta parlor where you and a buddy can eat and drink well for about $120. Bar Primi is essentially doing for Carmellini & Co. what Parm is doing for the Torrisi boys: it provides an entry-level Italian experience that can still excite fans of the group's more expensive brands.

Consider the Amatriciana, a traditional Roman ode to tomato, pork jowl and onions. Chef Sal Lamboglia, a longtime Carmellini lieutenant, subs out the swine and throws in cured lamb belly; it's an almost too obvious plot development. But when you try the result, you shake your head and wonder why every other chef in the city isn't serving it this way, with the gamey perfume of the lamb amping up the rusty sweetness of the tomatoes. There's your Top Gun pasta classic for $18. 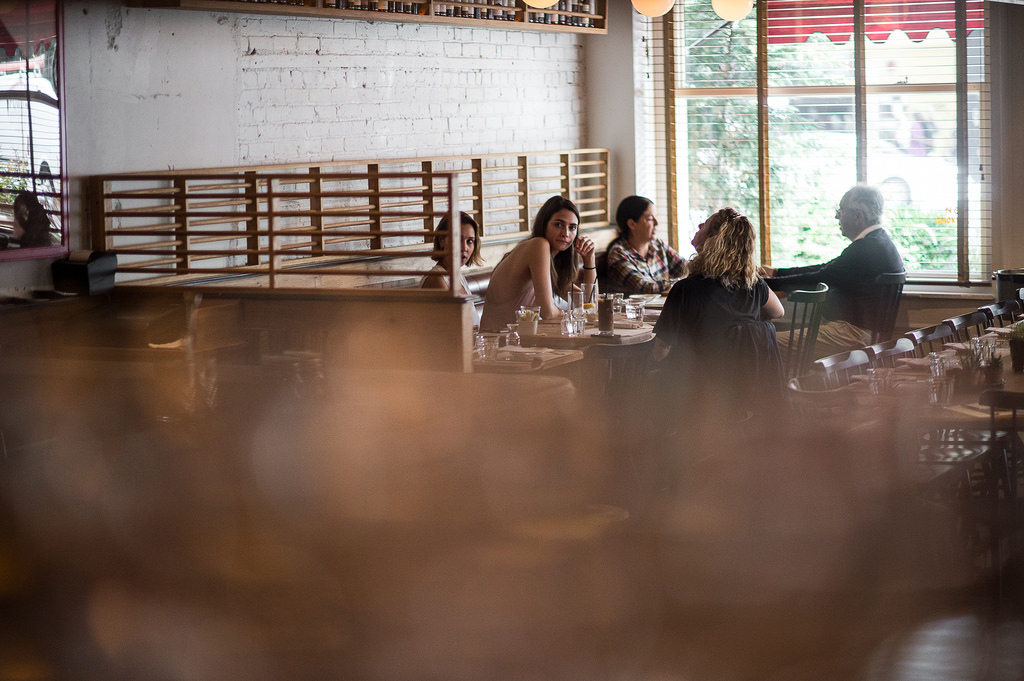 Contemplate the artichokes. Lamboglia folds the meaty vegetable into a pudding-like mixture of mascarpone and eggs, pipes it into a long tube of pasta, bends it like Play-Doh and finishes the affair with smoked bacon. It is essentially what lasagna would taste like if it were shaped like a pinwheel and prepared by a chef with a Michelin-star, an accolade that Carmellini is long overdue for. 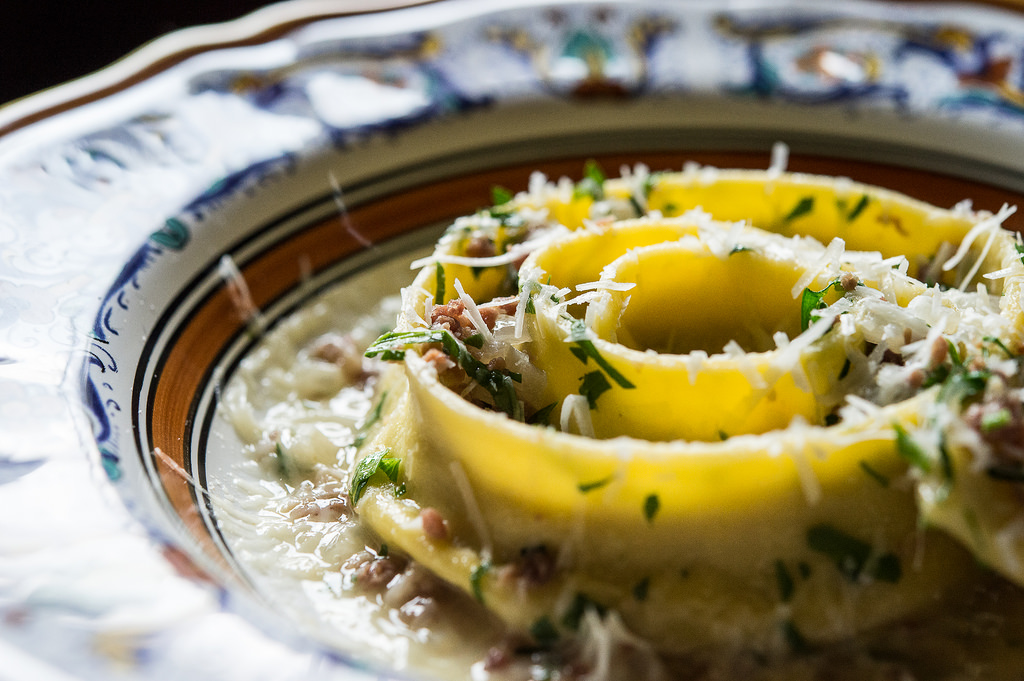 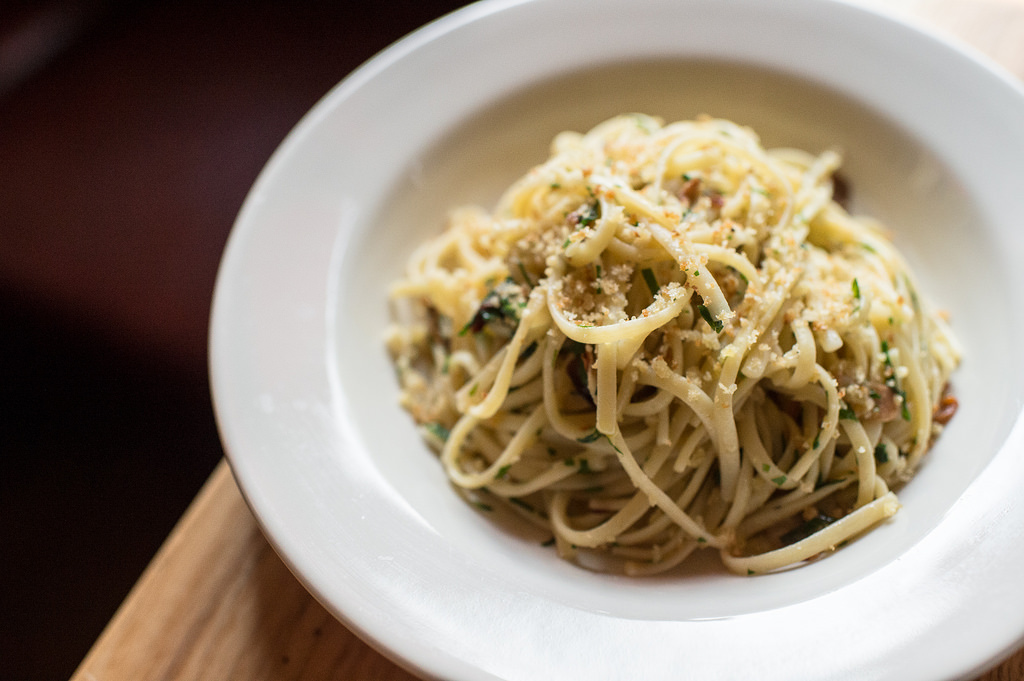 Reflect upon the linguine, a dish that's violently assaulted with four cloves of garlic. The bold, salty flavors are so assertive it's as if you're eating clam sauce without the clams, a boon to the duo of kosher diners at my table. What's so compelling about that preparation, along with much of Bar Primi's food, is not just its intrinsic deliciousness but also the tacit reminder behind it all — that rustic cuisine can be just as thought provoking as modernist fare.

It's a tacit reminder that rustic cuisine can be just as thought provoking as modernist fare.

All the action takes place at the old bi-level Peels space on Bowery and 2nd, a venue mostly famous for the design work of Taavo Somer. He's also responsible for the gentle revamp, with wood floors, wood tables, a wood bar and, as insurance in case the business plan doesn't work out, wood stairs lined with way too many candles. 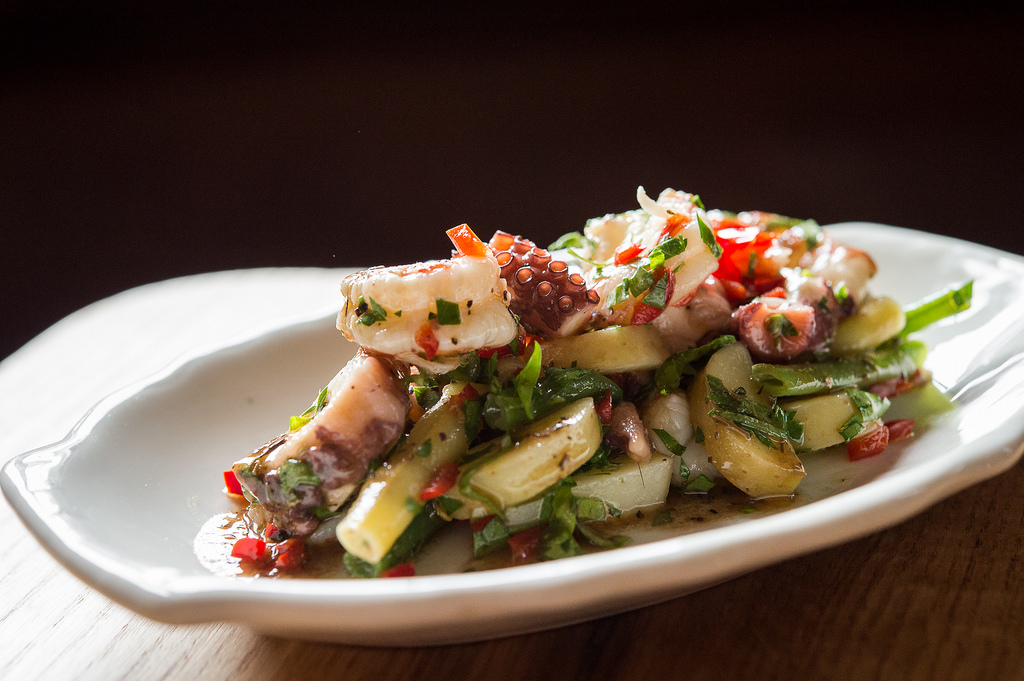 Related: Hard surfaces = loud room. Carmellini would be well served to invest in proper sound proofing. Other creature comforts, however, are not absent; wines are served in properly thin-lipped stems, increasingly a rarity in casual venues.

The smart buy is a bottle of cool, frizzy Lambrusco for $40 ($10 by the glass). Think of the tart, tannic red bubbly as an adult version of a wine cooler. It will carry you throughout any red sauce meal here, though a Lugana ($10) from Lombardy will hold up the tent as well with its nervy, Riesling-like acidity. Pair that with the seafood antipasto (one of the city's finest maritime salads) or the funky goat cheese bruschetta topped with grilled eggplant, and you're ready to party.

Rusticity, of course, isn't an excuse for complacency, and there are times when the kitchen could use a jolt of inspiration. Farro with sweet peas wouldn't be out of place at a gourmet salad bar anywhere in the city. Rigatoni with tomatoes and eggplant turns out to be a redundant understudy to another menu option, the near-perfect spaghetti pomodoro, whose sauce is so intensely perfumed by basil not even a chamber vacuum infusion could match its fragrance.

Then again, some of the obvious attempts at creativity backfire. Clams casino pasta lacks the bacony, garlicky greasiness that makes the dish an essential heart-clogging treat at Long Island seafood shacks. But such occasional oversights can be forgiven at these prices. You'll feel better after a few meatballs, oozing with fontina, and slathered in a tangy and vibrant marinara. 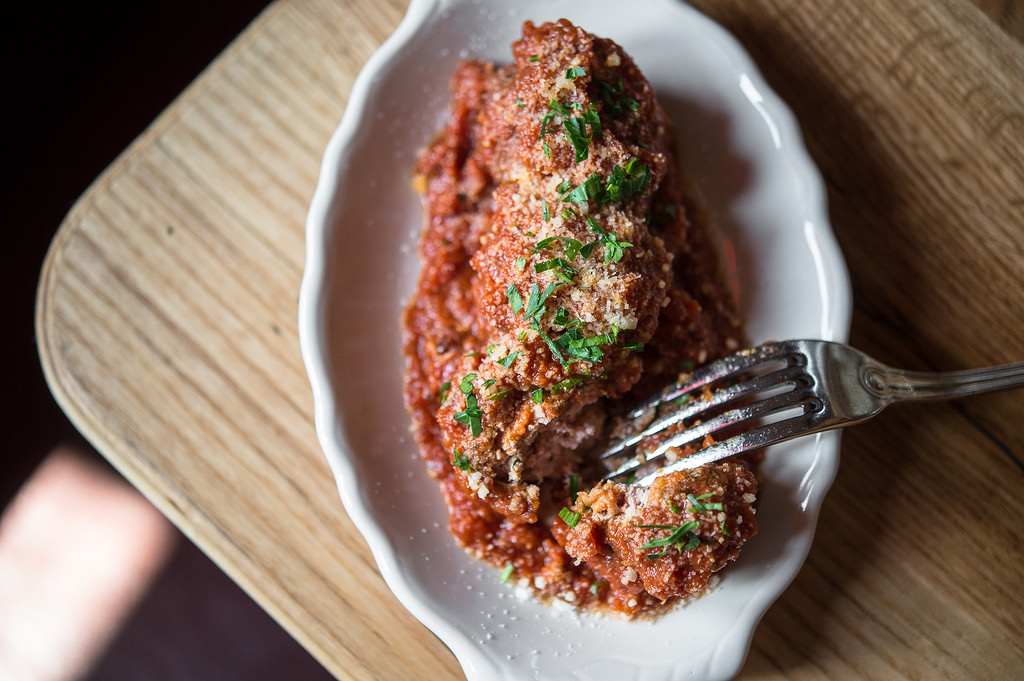 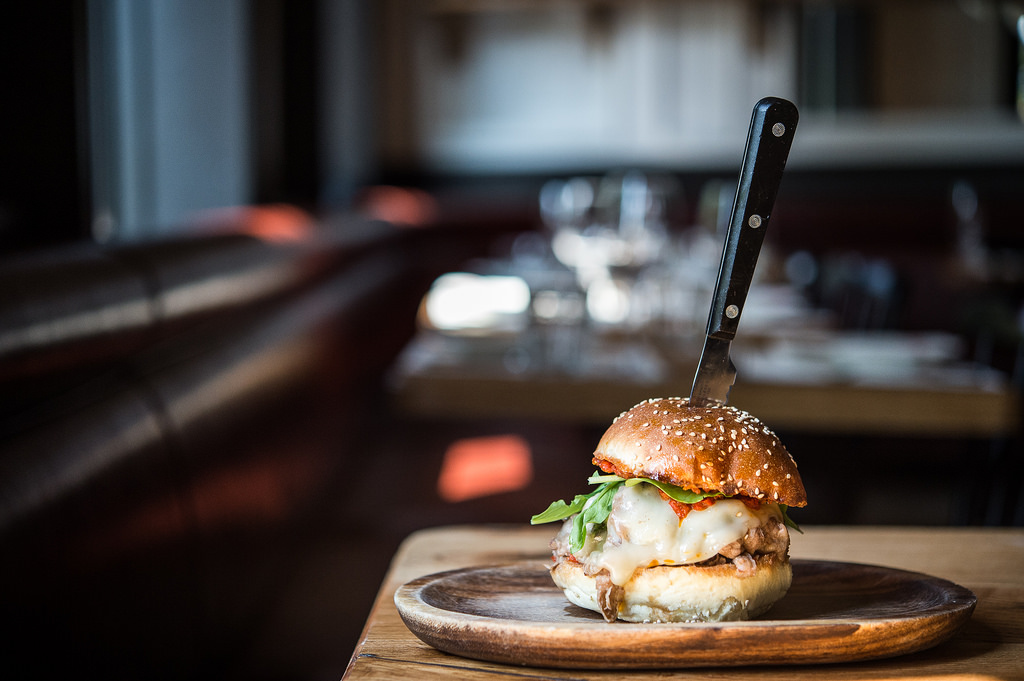 And the $16 roast beef is a serious entry in the city's sandwich wars. The soft, slow cooked bottom-round is piled two, sometimes three-fingers high. The melty provolone turns brown amid the tart, chin-dribbling juices. Spicy Calabrian chile puree wakes up the palate; peppery arugula wakes it up even more. It all sits between a hamburger bun, meaning it has more in common with something from Arby's than a New York deli sandwich. And that's why it rocks (though it would rock more if it came with a cup of au jus for dipping on the side).

Finish off with peaches and fior di latte gelato and there's your go-to first date meal — though remember where you are. On a recent Friday one of Bar Primi's managers handed me my take out meal (roast beef), then excused himself because, in his words, "a guest has just passed out." Sure enough, a lady who was once on a bar stool was now on the floor. Take comfort in the fact that now matter how much things have changed, this is still the Bowery.

Our review of Bar Primi

Cost
All dishes, save specials, at $19 or less.
Sample dishes
Meatballs, seafood salad, artichoke pasta, garlic linguine, prosciutto-stuffed mezzalune, lamb bucatini, roast BEAST sandwich.
What to drink
Lambrusco. Really. Or Lambrusco sangria.
Bonus tip
Walk-ins only (rightly so) for most parties. Those who brunch can look forward to "breakfast spaghetti" with kale, pancetta and a poached egg.