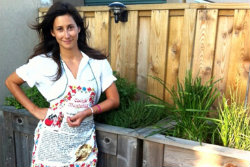 We started to bond over family meal, we would get so excited about it. 'Oh, what did you find?' I would run over with tiny pieces of scraps, veg scraps, and he'd be like, 'Oh, this is great, thank you.' Just seeing his excitement over some scraps that I had saved was really awesome, over some corn husks, it was whatever we were trying not to throw away, he would get excited about it. We would both get really happy about not throwing things away. 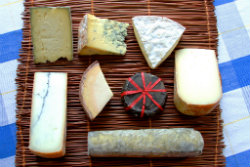 2) The Bedford Cheese Shop:
Greg Blais, cheesemonger at Eataly and Matt Rubiner of the Great Barrington, Mass cheese shop Rubiners co-hosted Cutting The Curd, interviewing a third mighty monger, Charlotte Kaimn of The Bedford Cheese Shop. They talked about the early days of the shop North Willaimsburg and how Charlotte helped to grow the brand beyond their expansion to their Irving Place location in Manhattan: 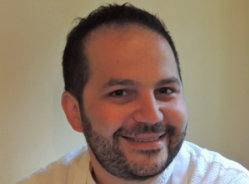 3) Chef Josh Laurano of Lupa:
Newly-minted Executive Chef of Lupa, (having started as a line cook there three years ago) Josh Lurano appeared on Patrick Martins' show this week, sharing his experiences growing within the Batali & Bastianich empire and how hitting the books helped him grow as a chef:

You have a couple of options as a young cook starting out. You can work and then party and not do anything in between, or can work and read and you can figure out, 'alright, I overcooked this, why did I do it? What are the fundamentals behind it?' and you're continually educating yourself, so, maybe that helped propel me faster. 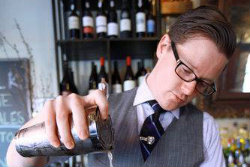 4) Tim Miner of Long Island Bar:
On The Speakeasy with Damon Boelte this week, bartender Tim Miner talked about his career as a bartender, sharing how his past interest in carpentry overlaps with his current work:

My only regret is that I didn't get to know the guys that own [Long Island Bar] the year before while they were refurbishing it, because in my former life before I decided that bar tending was it, I was a carpenter for almost a decade, and refurbishing that bar would have been a fun little project…measure twice, pour once, that's why I like jiggers. 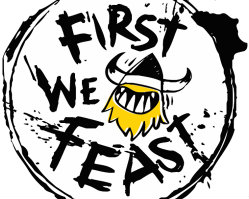 5) First We Feast:
Finger on The Pulse interviewed Chris Schonberger, editor-in-chief of the James Beard Award-winning food blog First We Feast this week. Here's a bit on what inspired him to start the magazine:

Even in the New York Times you see this divide, the dining section is incredibly credible, takes itself very seriously, and does great work, and then you read T Magazine food coverage, and it's cool photos, but it's all about like, this is about the coolest cafe in Berlin, but it didn't feel like it had the same sort of credibility behind it and I wanted to marry those two things when people were getting more into food and being more picky about what they were reading.