Share All sharing options for: Riffs on Cowboy Cuisine at Montana's Trail House

Innovative bistros once flourished in Williamsburg. But with spiraling rents and an increasing "Yuck" factor in the vicinity of Bedford Avenue, ambitious chefs have deserted the neighborhood in droves. One of the places they're landing is Bushwick's Jefferson Street station, seven stops into Brooklyn on the L. North of the station is a neighborhood of small manufacturing facilities and warehouses, many turned into artist's studios and semi-legal living lofts. To the south are the kind of railroad tenements that made the East Village so popular in its heyday. In the midst of this vibrant scene, surrounded by colorful murals painted on the sides of buildings, an odd new dining establishment called Montana's Trail House has just emerged. 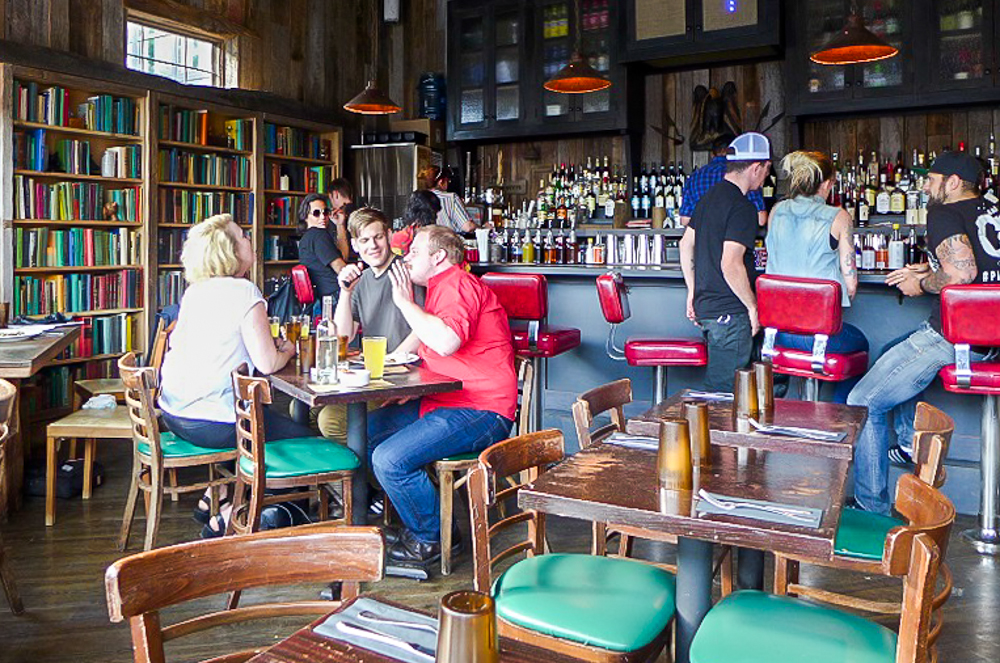 The corner structure might have been a gas station, but the exterior is now clad in weathered barn wood. A corralled-off area in front provides outdoor seating; inside, cramped passageways connect rooms of various sizes. As a friend and I arrived on a recent evening, the barroom was filled with light from the setting sun, which shone on a jumble of mismatched furniture and ceiling-scraping bookshelves. We were surprised when one of the bookshelves turned out to be a secret door to an outside patio. At the bar a jovial collection of bearded men and tattooed women knocked back drinks with Satanic names like curse thrower, granny witch, and bible breach. At $10 to $12 apiece, the drinks are innovative, strong, and far less sweet than you might fear.

So what is the idea behind this crazy place? The build-out might remind you of Roberta's random premises, a thrown-together cabin deep in an art forest. The food is pure Tim Love, a notorious Fort Worth chef who made a brief foray into Manhattan a few years back and failed to garner fans with his cowboy chic cooking. But in this less grandiose context, the combination of cooking school meets the American frontier might just work. BTW, though the state of Montana seems to be referenced in the joint's moniker, it actually represents the given name of owner Montana Masback, former bartender at the Last Chance Saloon. A Bushwick bistro opened by a dive bartender? Here anything can happen. 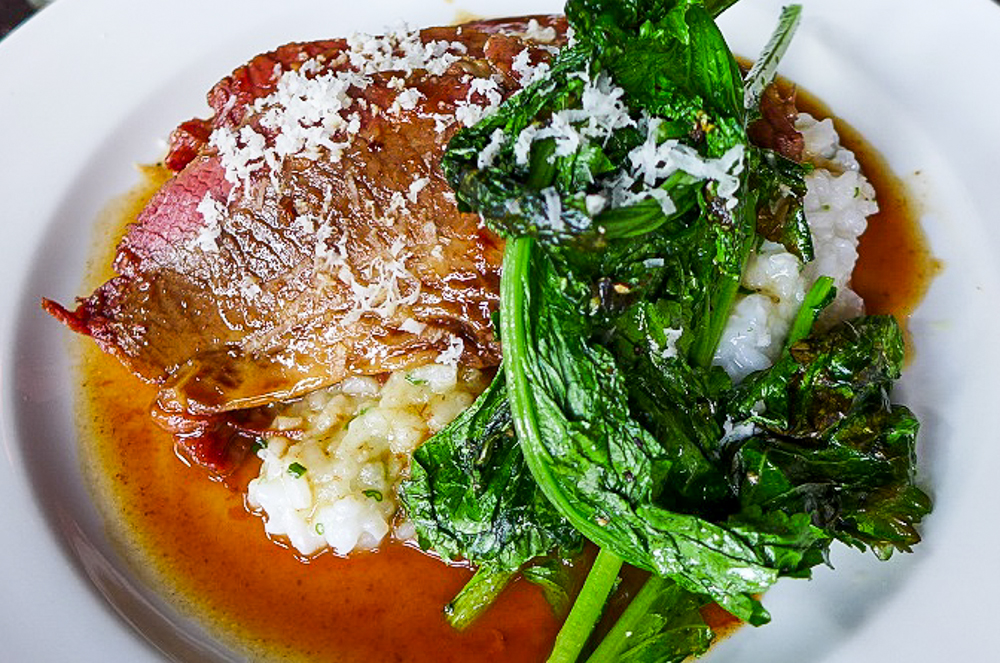 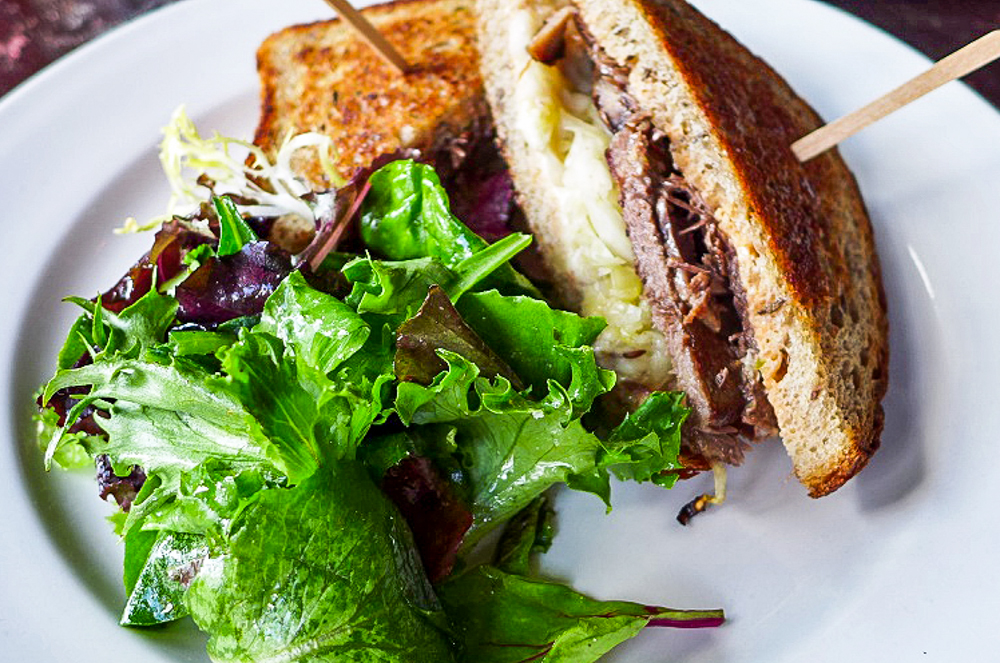 In small print at the bottom of the menu, a statement of all the contemporary pieties about local, humane, and sustainable seems out of place, given the restaurant's irreverent theme. Lucky for us the food is impious as hell. We loved the brisket braised in root beer ($23), and never asked if the braising liquid was organic or not. The thick slabs flopped across something called rice grits, creamy and salty. From a choice of four other entrees, we forewent the fried chicken (you can get good fried chicken anywhere in Brooklyn these days), the "barnyard" trout, and a vegetable plate, in favor of the so-called "tongue and cheek reuben" ($15). This fine sandwich features those two variety meats with house-cured sauerkraut. Apart from a certain sameness in our two entrees, we were satisfied by the quality and quantity of the food. 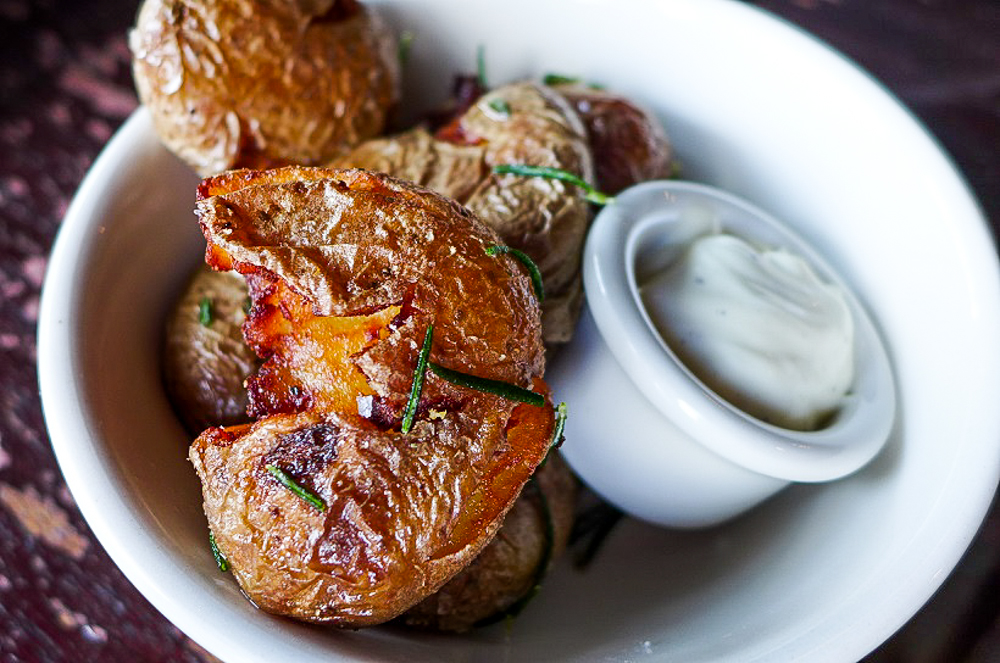 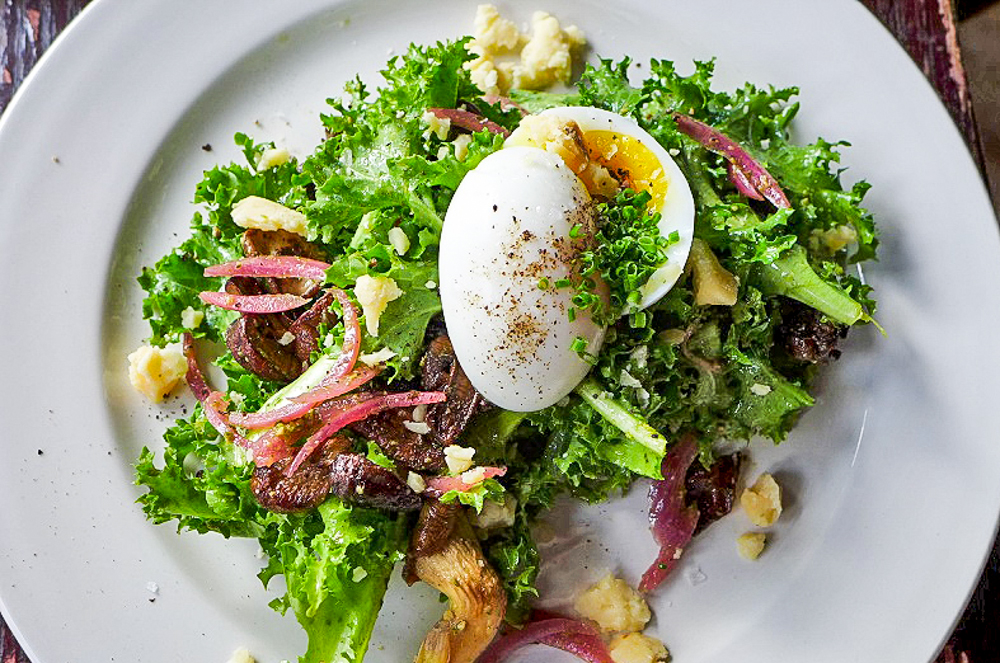 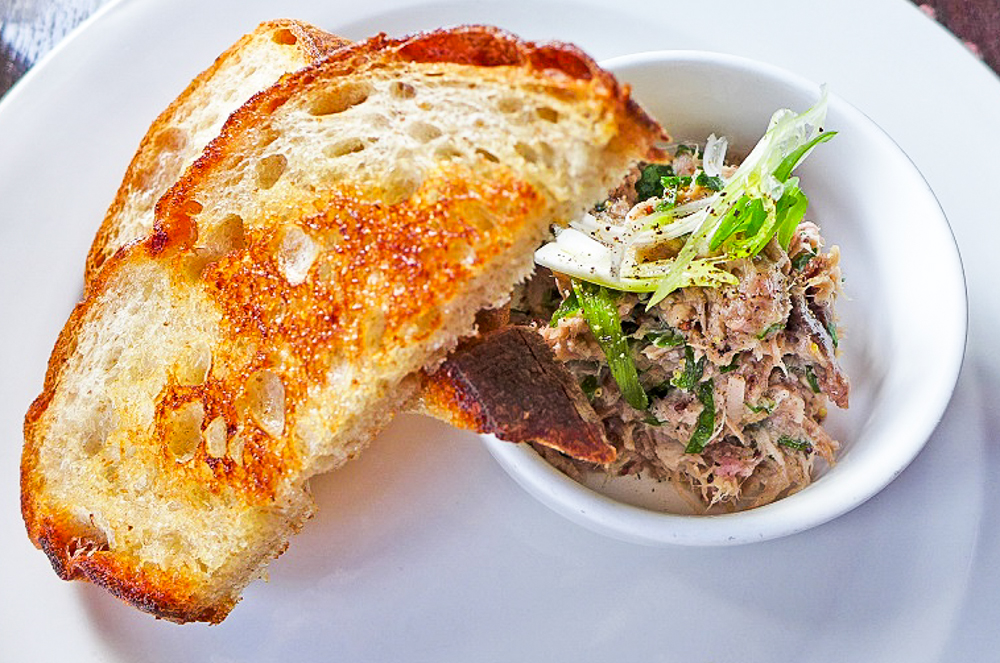 The entrees were nearly upstaged, though, by the "master fat fried potatoes" ($6), a bowl of red creamers boiled, smashed, fried in duck fat, and strewn with rosemary. I haven't tasted better spuds in ages. The six apps are all over the map. Mushrooms and chicory ($10) is the sort of healthy salad you pay for your other culinary transgressions with, featuring all sorts of dried and fresh mushrooms nicely sautéed among masses of greens, with a runny egg overseeing all. Deviled ham toast was good, too, apart from a certain cat-foody quality. Other starters include stuffed squid and crispy cauliflower. 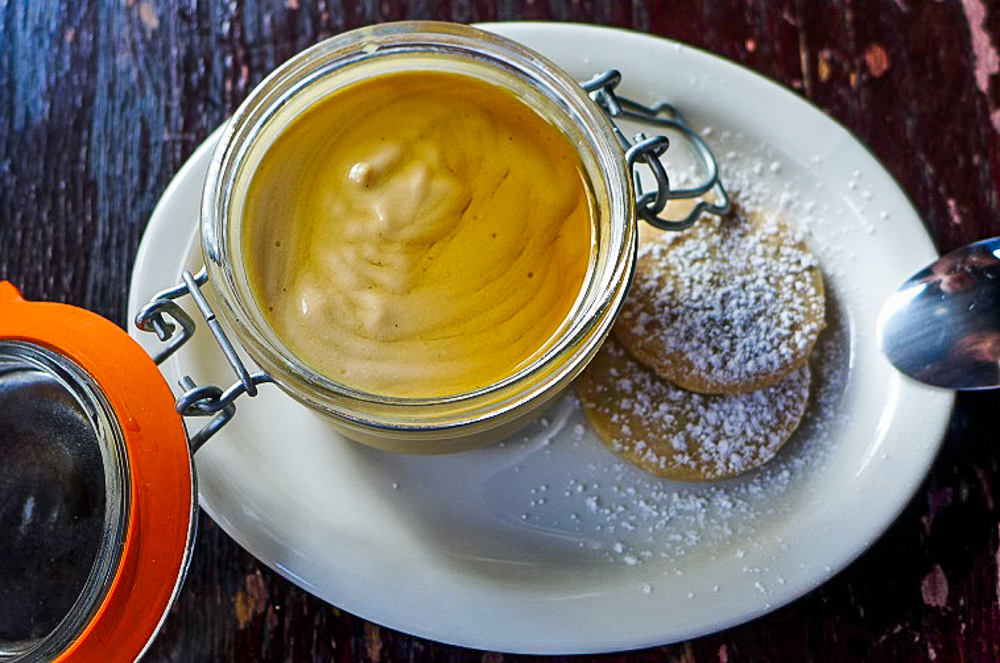 As the sun set, we assayed a single dessert: a butterscotch pudding ($8) served in a glass crock with a pair of shortbread cookies dusted with powdered sugar. Very rich and satisfying, though also very hard to square with the rustic cowboy theme and gas station premises. But who wants consistency in a Bushwick bistro?