People Line Up in the Rain for Special Shackburgers

Share All sharing options for: People Line Up in the Rain for Special Shackburgers

Today, the Shake Shack kicks off its special 10-year anniversary series, wherein five all-star chefs are making burgers for the original Madison Square Park location of Danny Meyer's beloved chain. The heavy rain did not stop Shack fanatics from waiting in line for Daniel Boulud's "Piggy Shack" burger. Tomorrow, David Chang will serve his shrimp-topped burger, and Andrew Zimmern, Daniel Humm, and April Bloomfield will unveil their hamburger creations later in the week. All the special burgers are priced at $8.50 each, and one dollar from each sandwich will go to the Madison Square Park Conservancy.

For anyone that's on the fence about whether it's worth waiting in line in the rain for a special hamburger, here's a close-up of the Piggy Shack burger: 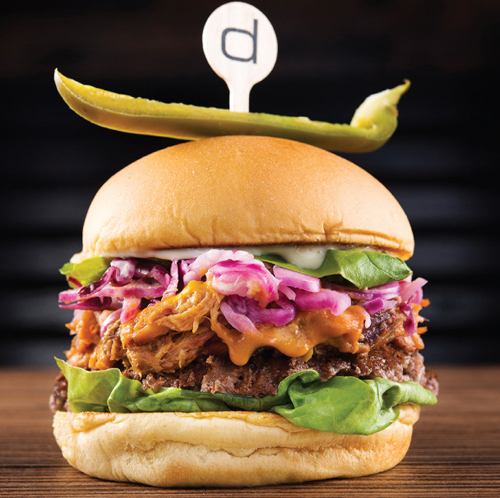