1) Gramercy: The team behind Raines Law Room has just opened a new cocktail parlor, Dear Irving. The interior, which was inspired by Woody Allen's Midnight in Paris, features plush art deco furniture and couches enshrouded in crystal beaded curtains in one room, plus a 50's-style room, a Marie Antoinette room, and a Victorian room. The cocktail menu was designed by Raines bartender Meaghan Dorman, and includes both original cocktails and variations on the classics. There is also a menu of small bites like rabbit rillettes, lobster rolls, and steak tartare. And this is the sort of cocktail lounge that accepts reservations. Status: Certified Open. 55 Irving Place. 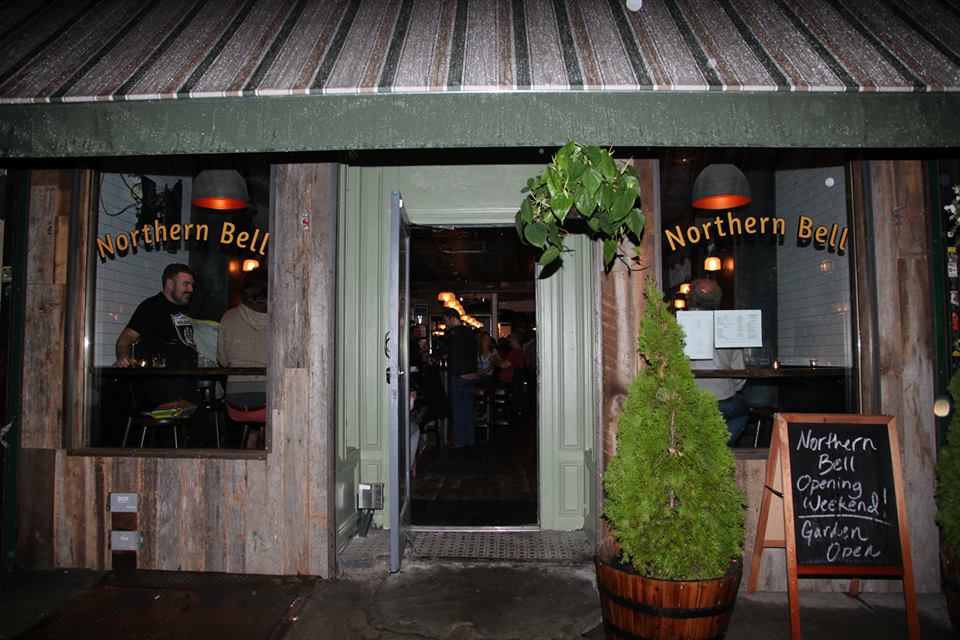 [Photo: Facebook/Northern Bell]
2) Williamsburg: Southern restaurant Northern Bell opened a couple of weeks ago on Metropolitan Avenue. Chef Chris Gianino hails from North Carolina, and is cooking a menu that includes a wedge salad, hushpuppies, pulled pork, and an elk burger (as well as a regular burger, a veggie burger, and a bison burger). The weekend brunch menu includes griddle cakes, biscuits and gravy, and several types of hash, and there's a big outdoor patio in the back. Status: Certified Open. 612 Metropolitan Ave., 718-388-9040. 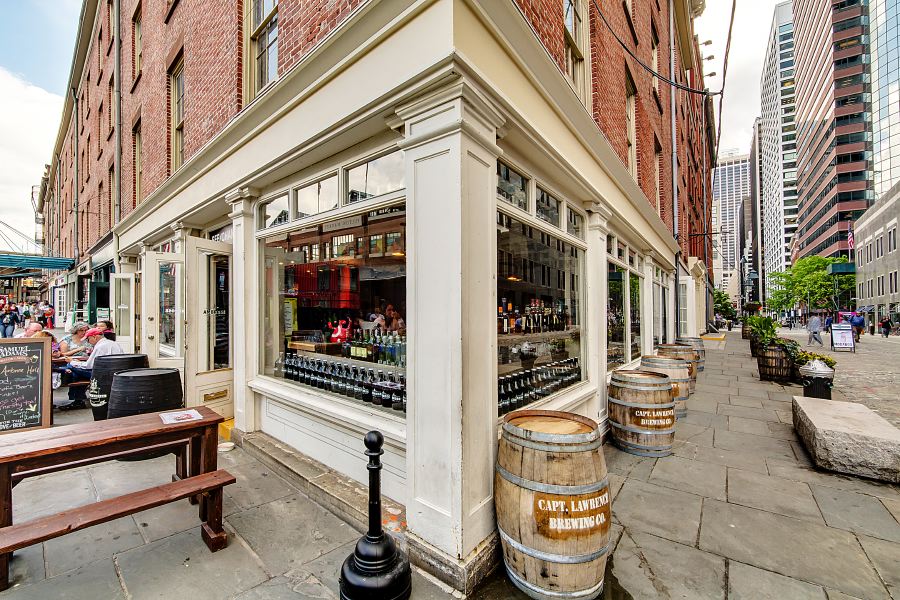 [Photo courtesy of Ambrose Hall]
3) FiDi: South Street Seaport has a new beer hall/garden/surf club called Ambrose Hall. The owners are the same team who operated the Beekman Beer Garden nearby before it shuttered due to construction on Pier 17. the new place has an indoor hall with TVs, an outdoor bar, and the "surf club" perched atop the shipping containers that serve as pop-up space in the Fulton Street plaza. The food menu includes snacks like charcuterie plates, bratwurst, kale salad, and a lobster roll. Status: Certified Open. 18-19 Fulton St., 212-785-0018. 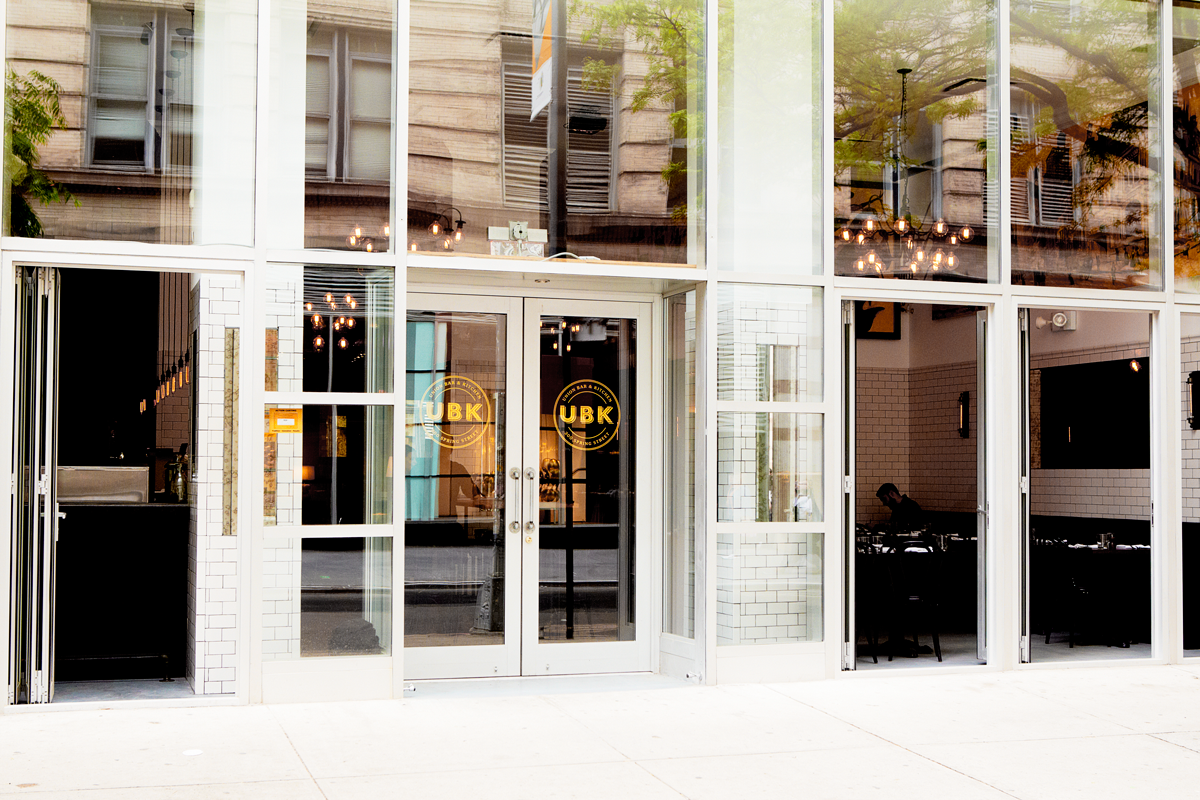 [Photo: Union Bar & Kitchen]
4) Hudson Square: Union Bar & Kitchen opened recently in the space that once held Cherrywood Kitchen. According to Tribeca Citizen, chef Jonathan Renert is an ex-finance guy who designed the space as well as the menu. That menu is heavy on seafood, with a raw bar, baked clams, moules mariniere, and a grilled catch of the day, plus a burger, a half chicken, and a rack of lamb. Brunch launches this weekend. Status: Certified Open. 300 Spring St., 646-791-0005.

[Photo: Facebook/Barcade]
5) Chelsea: The first Manhattan outpost of Barcade finally opened in Chelsea yesterday, a full year after it was originally expected to. Like the Williamsburg original, it combines a well-stocked beer bar with classic video games. The Barcade team also has outposts in Jersey City and Philadelphia, and currently has a second Manhattan location in the works on St. Marks Place. Status: Certified Open. 128 W 24th Street.

6) Bushwick: Montana's Trail House, a restaurant with cowboy leanings, opened late last week. Owner Montana Masback describes the menu to Bedford + Bowery as "Appalachian east coast country food, and some black-magic inspired dishes." That translates to dishes like fried chicken with kale slaw, root beer-braised brisket, and squid stuffed with black rice and oxtail. There are bookcases lining the walls, a patio out back, and an area where the team will grow vegetables for the restaurant. There's also weekend brunch. Status: Certified Open. 455 Troutman St., 917-966-1666.

7) Astoria: A new Thai restaurant called Pye Boat Noodle opened recently in Queens, although not in the area where most of the boroughs Thai restaurants are found. But even though it's not in Woodside, Joe DiStefano reports, the food is the "real deal." The menu includes pad thai, noodle soups, curry, and papaya salad. Status: Certified Open. 35-13 Broadway, 718-685-2329.

8) Bushwick: One of the major selling points of the new bar Left Hand Path seems to be that it has USB ports for cell phone charging at every seat. Other than that, the new place from Sean Knudeson, a vet of The Richardson, DBA, and The Narrows has an outdoor patio, beer, and cocktails, plus soups and sandwiches coming soon. Status: Certified Open. 89 Wyckoff Avenue.

9) Lower East Side: A new ramen spot called Ochado Ramen opened last week on Orchard Street, in the space that once held Spur Tree. Bowery Boogie has a peek at the menu, which includes several types of ramen, appetizers like gyoza and beef negimaki, and non-noodle entrees like pork spare ribs and miso marinated sea bass. The menu also notes that the restaurant is cash only. Status: Certified Open. 76 Orchard Street.