Not too long ago, a chain specializing in Cornish pasties appeared in Elmhurst on the south side of Roosevelt Avenue. Weird location for a British bakery, right? But these pasties were different than those you might buy at Myers of Keswick in the West Village — having been filtered through Mexican sensibilities. Here's the backstory: It seems Cornish laborers known as badgers contracted by a Spanish count migrated to the state of Hildago, just northeast of Mexico City, in 1824.

They were miners and engineers back home and brought with them the know-how to extract the state's rich deposits of silver, lead, copper, and zinc. They also brought with them the pastry called the "pasty" (pronounced "pah-stee"), which had been inspired centuries before by the Galician empanada of Northern Spain — since both the Cornish and the Galicians were Celts. The pasty they brought with them consisted of potatoes and other vegetables cooked with ground meat inside a braided pastry crust, just like the ones you can buy in the West Village today. The Mexicans took the pasty and ran with it, turning out countless variations on the hand-held pie in the ensuing 190 years. 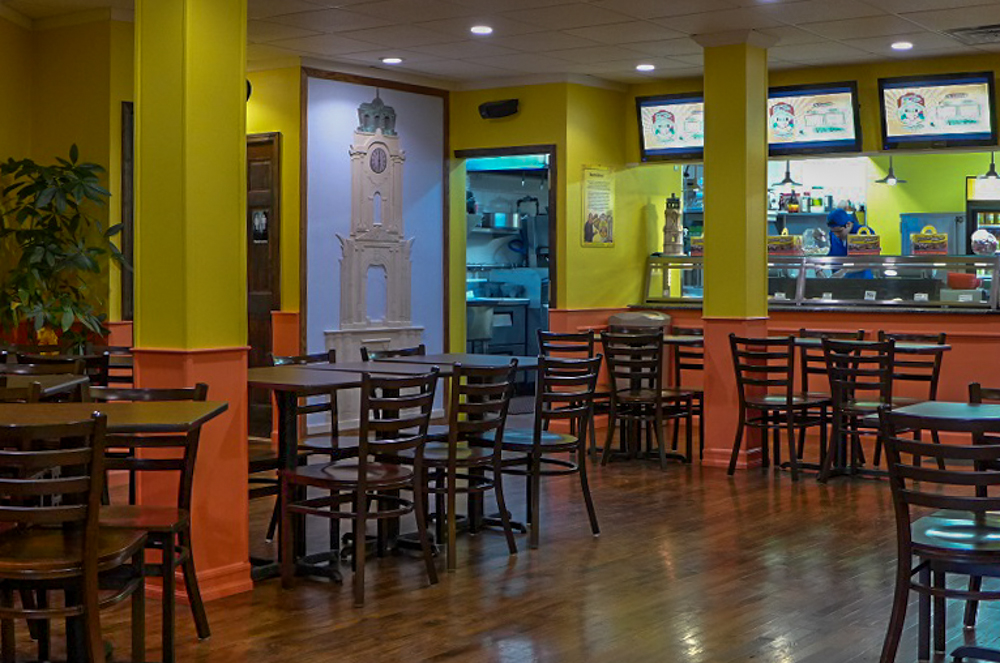 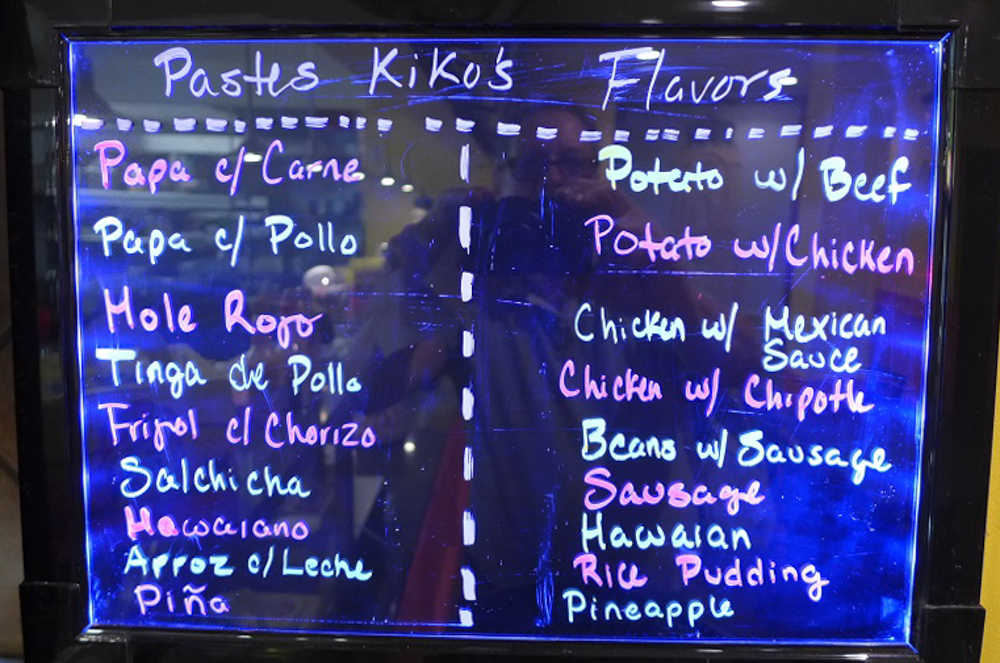 The paste — as the pasty was styled in Mexican Spanish, pronounced nearly the same — has remained popular to this day in Pachuca de Soto, the capital of Hidalgo, and also in Real del Monte, a mining town where Cornish influence is still being felt. In 1972 a fast food chain called Pastes Kiko's was founded in the capital by Lucina Gasca Neri, and now New York has its own branch. The logo is a tubby guy in a miner's hardhat licking his lips and grasping a paste. The place offers a dozen or so variations each day ($2.50 each), and some of the fillings are off the wall. Another thing you'll notice is that the pastry shells differ according to filling, with some resembling flaky quesadillas open at one side, others plain dough boxes, while still other possess the braided spine which characterizes the Cornish original. This last is known as papa con carne, and it's the first one you should try. The minced-meat-and-potato filling is not precooked before being loaded into the dough crust, which was the way it was done in 1824. 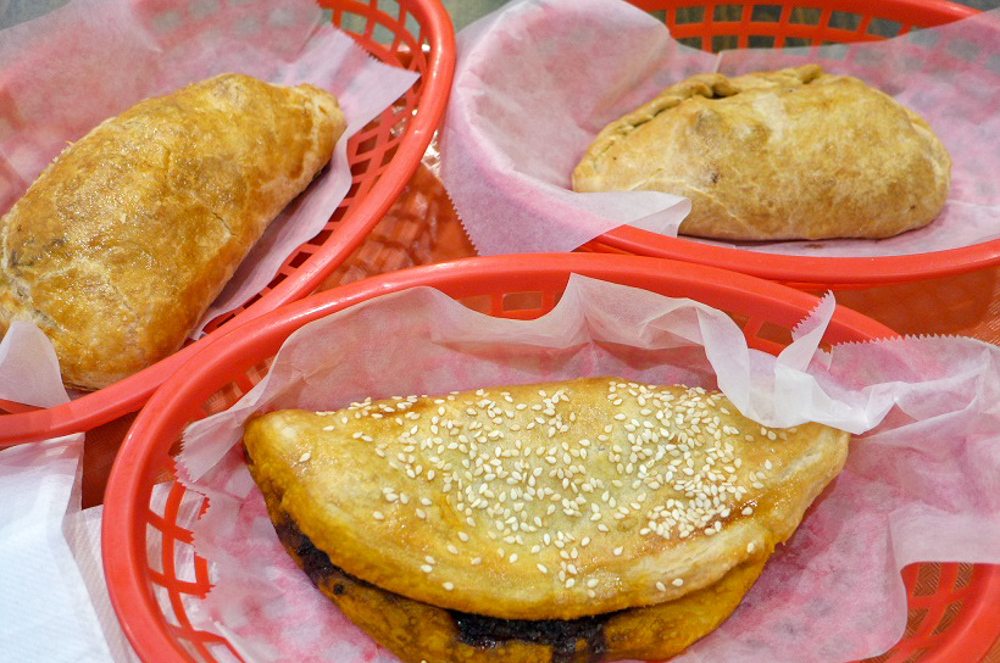 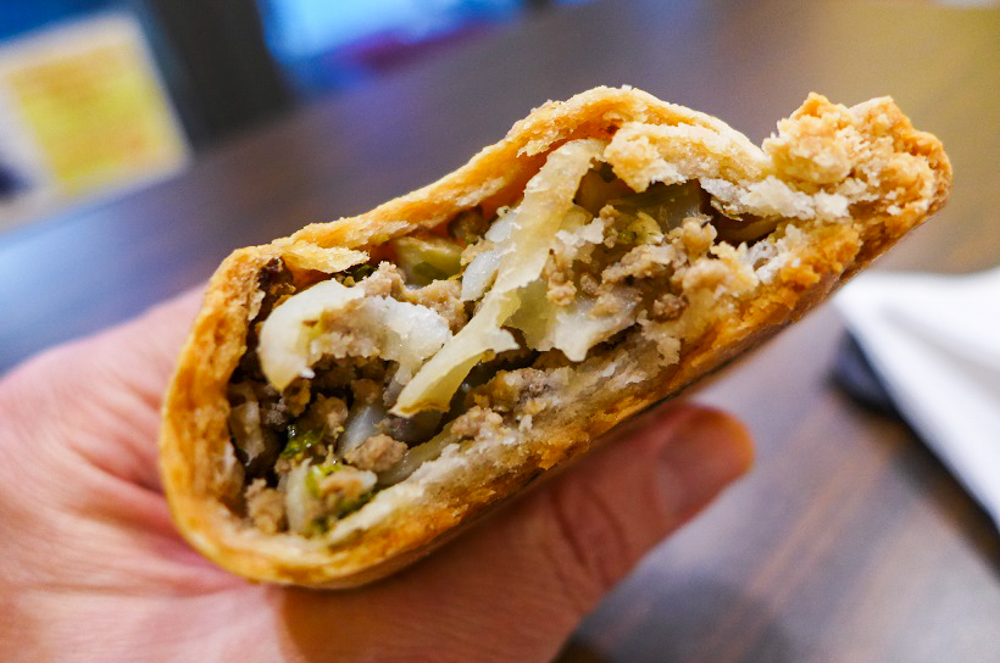 The other versions I tried included the Hawaiian (loaded with cubed ham, pineapple, and cheese) and the Mole (a sesame-seed-studded pastry with shredded chicken and mole poblano). The quality of the pastries and filling varies, but for Mexican food enthusiasts who track every new regional cuisine that arrives here for the first time, Pastes Kiko's is a place you should visit. There's plenty of seating in a room decorated with a bas relief of Pahuca's Reloj Monumental — a clock tower built by Cornishman Francis Rule in 1910.