Share All sharing options for: Reviews For Gato, Glady's, Hudson Eats, and More

Pete Wells is impressed by Bobby Flay's cooking (and by the fact that he is cooking) at Gato. On the small plates: "He'll stuff cubes of tuna tartare inside a piquillo pepper, pitting cool and raw against roasted and mildly spicy. He makes a tiny powerhouse of fresh chorizo wrapped in caul fat, and gives it some shaved pickled fennel to calm its hotheaded tendencies. Many chefs leave burrata to its own, oozy devices; Mr. Flay piles on roasted beets and a vinaigrette made from oil in which black olives have stewed, and suddenly it's a dish with something to say." Two stars. [NYT]

Voice critic Zachary Feldman recommends sticking with the wood-fired dishes at Colonia Verde: "[F]lames render a butterflied langoustine into sculpture. Pry the sweet crustacean from its blackened, contorted shell and dip the halves into cilantro chimichurri that's mild enough to let the seafood shine. Fire also works its magic on a robust special of salt-baked tenderloin, wrapped in cloth and immolated until the fabric turns to ash and only the browned salt crust remains." [VV]

Michael Kaminer loves the Caribbean food at the recently-revamped Glady's in Crown Heights: "Glady's peppered shrimp ($12) is a spicy cudgel, with head-on seafood in a fiery bath of intensely seasoned oil. But if you like heat, this dish is close to pure ecstasy. Whole fish ($18) is much milder, but no less impressive. Skip the steamed or grilled options and get it fried in coconut oil. Greaseless and golden, stuffed with charred garlic and rosemary, the fish is humble and haute as the best home cooking can be." [NYDN] 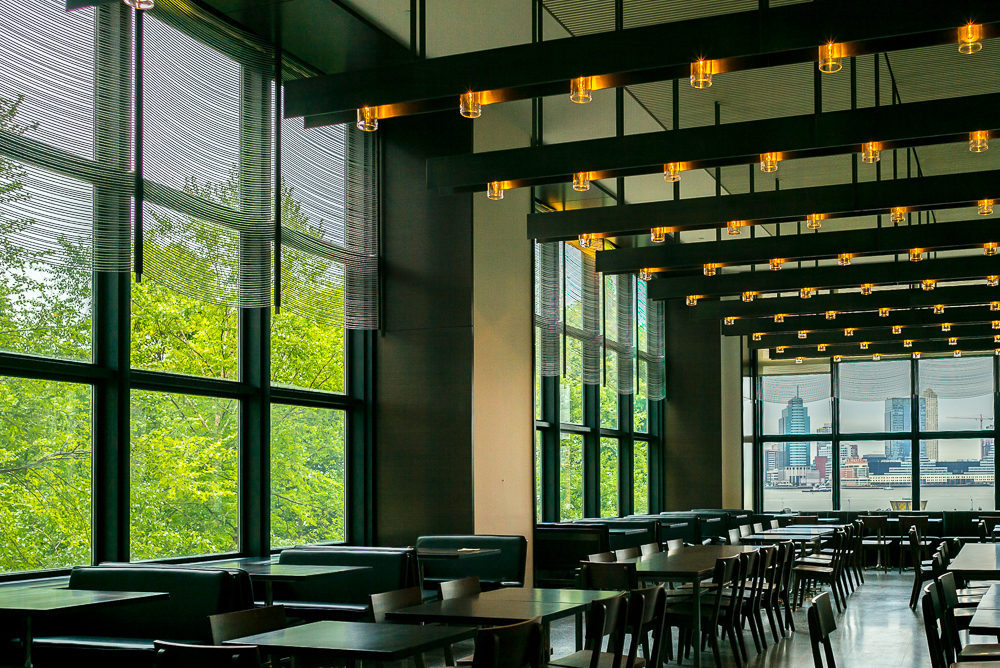 [Hudson Eats by Nick Solares]
Joshua David Stein assesses all of the options at Hudson Eats: "[B]oth Black Seed and Mighty Quinn deliver. Tartinery acquits itself quite well with a simple French menu which included a lobster tartine, in which generous chunks of lobster, citrus, and arugula arrived on a raft of fresh peasant bread. There was also a thick and satisfying fish soup, accompanied by garlicky rouille, as good as what Alain Allegretti used to make back when he had restaurants. Of the vendors that are mediocre outside the food court—Dig Inn, Chop't, Num Pang, Olive's—location has neither improved nor worsened them." Two stars. [NYO] 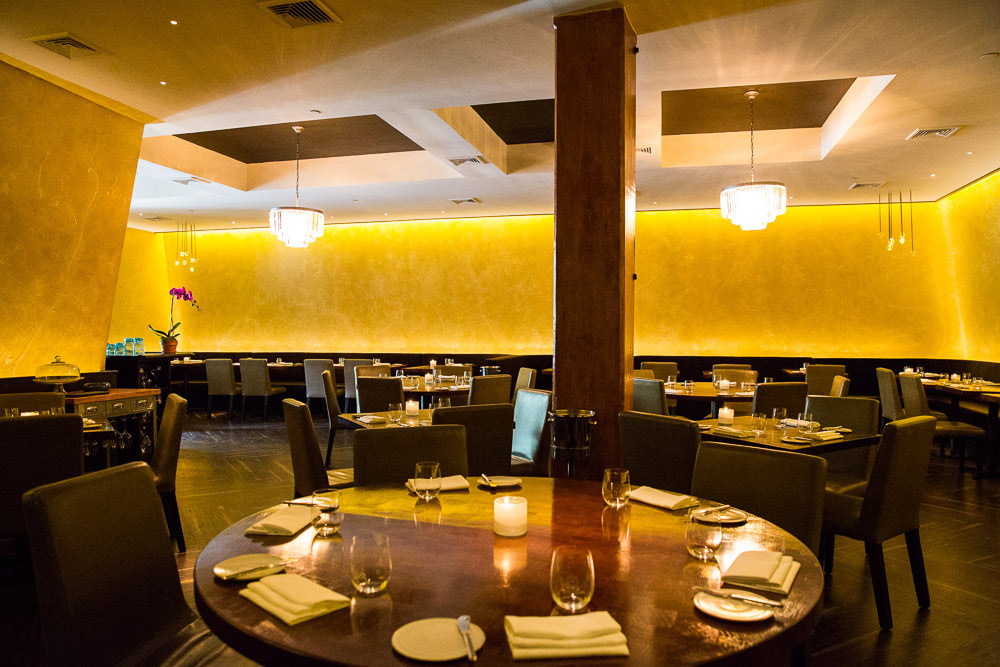 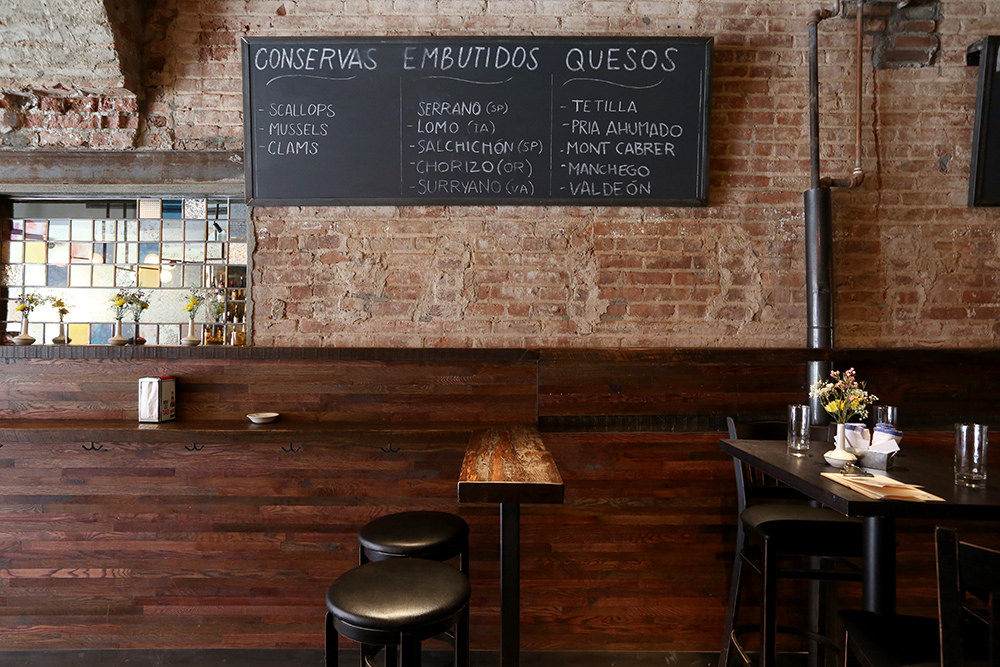 [Huertas by Bess Adler]
THE BLOGS: Andrew Steinthal of The Infatuation gives a rundown of the passed pinxtos and Spanish dishes at Huertas, NYC Foodie tries a few tacos at Los Tacos No. 1, New York Journal tries the omakase at Cagen, and Serious Eats has a thorough assessment of the dishes at Ivan Ramen.
[Top photo: Gato by Krieger]