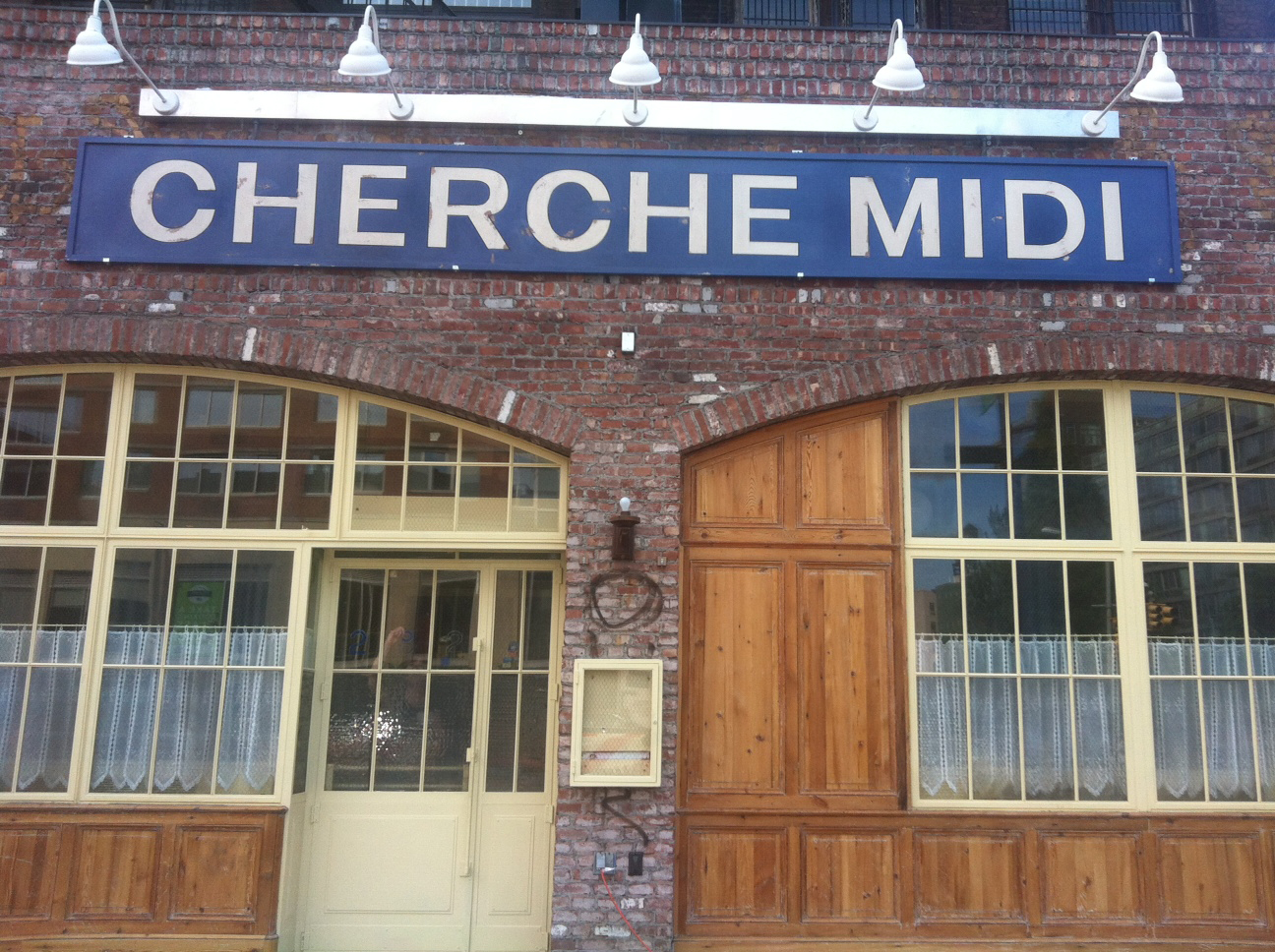 1) Cherche Midi is a French expression meaning "searching for midday." But McNally says: "I have an attachment to the name because I used to live on rue du Cherche Midi. It was also the name of the military prison where Dreyfus was held. That's Alfred, not Julia Louis.""

2) The waitress uniforms are simple short sleeve blue oxford shirts, jeans and burlap aprons, chosen because they are "clean and understated.'' You will recognize many of the servers from other McNally restaurants.

3) Shelves are still lined with bottles, but at Pulino's they were liquor bottles on shelves, and now they are wine bottles in cabinets.

4) The storefront, entrance, floor, lights, kitchen, and banquettes have all been changed. Cherche Midi has classic red leather banquettes and antique mirrors.

5) Diners don't strain to hear conversation because music runs from low background to nonexistent. Says McNally: "I like music in restaurants (and public spaces) less and less. I actually crave its absence." The lighting, like at all McNally restaurants, is flattering.

6) Minetta Tavern had its Black Label Burger and Cherche Midi has its own Pat LaFrieda blend — a prime rib burger with bacon marmalade, roasted mushrooms, aged Gruyere, and fries. It took McNally five months of tasting burgers to decide on it. Like at Pastis, frites are made from Idaho potatoes that are double fried in peanut oil.

8) There were two days of mock service, and now four nights of friends and family prior to opening. Kate Pulino, who works for McNally and inspired the name of the restaurant's last incarnation, attended on Tuesday night as did Keith's brother Brian McNally, who is currently living in Saigon.

9) So far, the most popular cocktail is the Green and Gold — Novo Fogo Velha, agave, cucumber, and dill. It was created in honor of the World Cup being held in Brazil.

10) There are separate entrances for the ladies' and men's bathrooms, but both doors lead to the same communal area. A little joke.

11) Pulino's open kitchen has been partially closed off with textured amber glass.

· All Coverage of Cherche Midi [~ENY~]