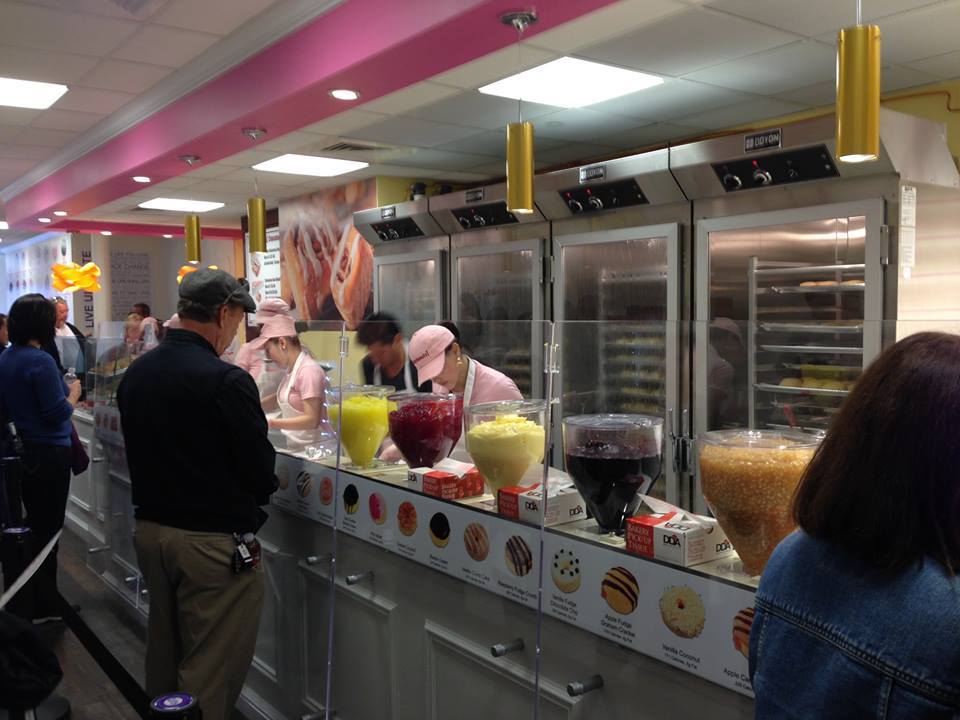 [Photo: Facebook/Holey Donuts]
2) West Village: Low fat doughnut purveyor Holey Donuts has made the transition from mail-order website to brick and mortar shop. Owner Frank Dilullo has a super-secret method for making doughnuts that have less than half the fat of the regular fried treats. They're kept in special warm, humid chamber, and filled and frosted to order. Flavors range from sugar and spice to "Boston cream oreo" and apple graham cracker. Status: Certified Open. 101 7th Ave S., 212-252-3365.

3) Upper West Side: A new outpost of the cafe chain Vive la Crepe has opened uptown. It serves the same menu of savory and sweet crepes with fillings like ham & gruyere, and apple-cinnamon. The menu also has crepes filled with ice cream. Status: Certified Open. 189 Columbus Ave., 855-273-7369.

4) Harlem: Mexican restaurant La Cocinita Latina has reopened as Agave. It's still under the same ownership, and it doesn't seem to bear any relation to the Agave in the West Village. According to Harlem + Bespoke, the space, which used to look like an old-school coffee shop, has been spruced up significantly. It's unclear if, or how, the menu has changed, but La Cocinita is still active on GrubHub. Status: Certified Open. 398 W 145th St., 212-926-2200.

5) Lower East Side: Alexander Hall, the owner of Bluebird Coffee, has opened Rosella Coffee on Clinton Street. Judging by the sole Yelp review so far, it serves the same pastries and Counter Culture coffee as Bluebird. Bowery Boogie reports that Hall is also working on opening two Australian coffee shops in Brooklyn — one in Bed-Stuy and one in South Slope — both called Brunswick. Status: Certified Open. 23 Clinton Street.

6) Forest Hills: OvoSodo, new Italian spot in Queens is selling pizza by the inch, plus breakfast, panini, and pastas. There are some classic pizzas, plus the namesake ovosodo, which comes topped with tomato, mozzarella, bacon, and egg. Breakfast ranges from pastries to a California omelette, and the owners are working on getting a liquor license. The restaurant takes the place of a neighborhood old-timer, the Polish restaurant Just Like Mother's. Status: Certified Open. 110-60 Queens Blvd., 718-487-3524.