Everything You Need to Know About the Beard Awards

Share All sharing options for: Everything You Need to Know About the Beard Awards

The Oscars/Grammys/Clios/ESPYs of the food world will be held this evening at Lincoln Center's Avery Fisher Hall. The finalists for the 2014 James Beard Awards were announced back in March, so the nominees have had about two months to practice their speeches/losing faces. For the first time in over a decade, New York was shut out of the Rising Star Chef of the Year category, but the city is well represented in the rest of the big national categories.

Here, now, is a look at all of the categories where New York chefs and restaurateurs are nominated, with predictions on who will win: 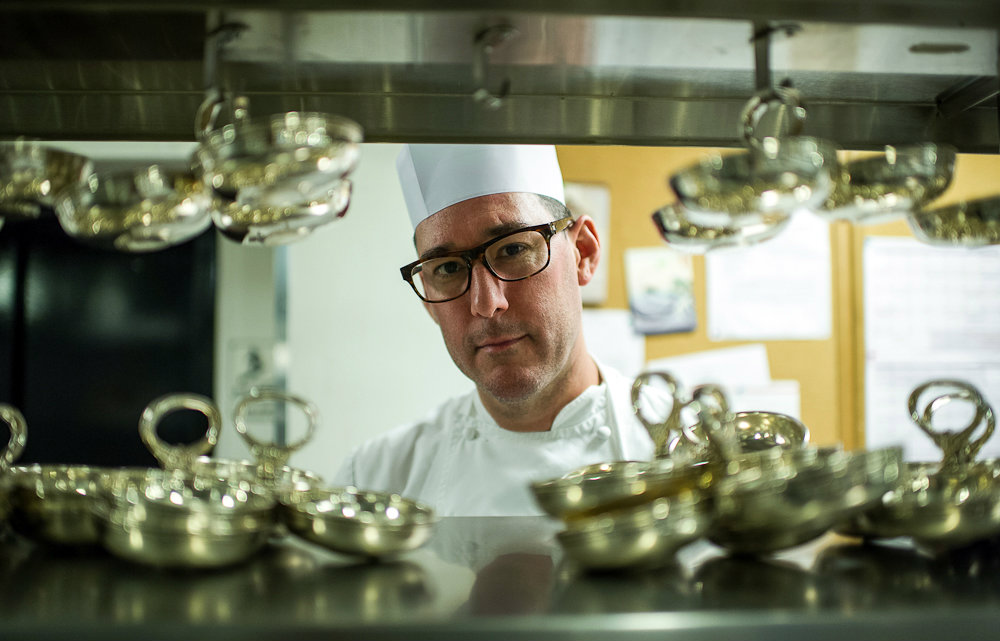 It's exciting to see Kluger nominated in this category for the very first time, and it's nice that Waxman is getting some JBFA love again — he was inducted into the Beard Foundation's Who's Who of Food & Beverage exactly 30 years ago. But really, Best Chef NYC is a competition between Mark Ladner, April Bloomfield, and Michael White. All three of them have been nominated for this award multiple times in the past, and none of them have won. White's seafood palace Marea took home the gold for Best New Restaurant in 2010, and Del Posto won the awards for Outstanding Service and Outstanding Pastry Chef last year, but somehow, the Foundation has never given an award to April Bloomfield or any of her restaurants. Like Barbuto, The Spotted Pig is celebrating its tenth anniversary this year, and April also expanded her group across the country over the last year while running four amazing kitchens in New York City. This is her year to win.
Eater's Prediction: April Bloomfield 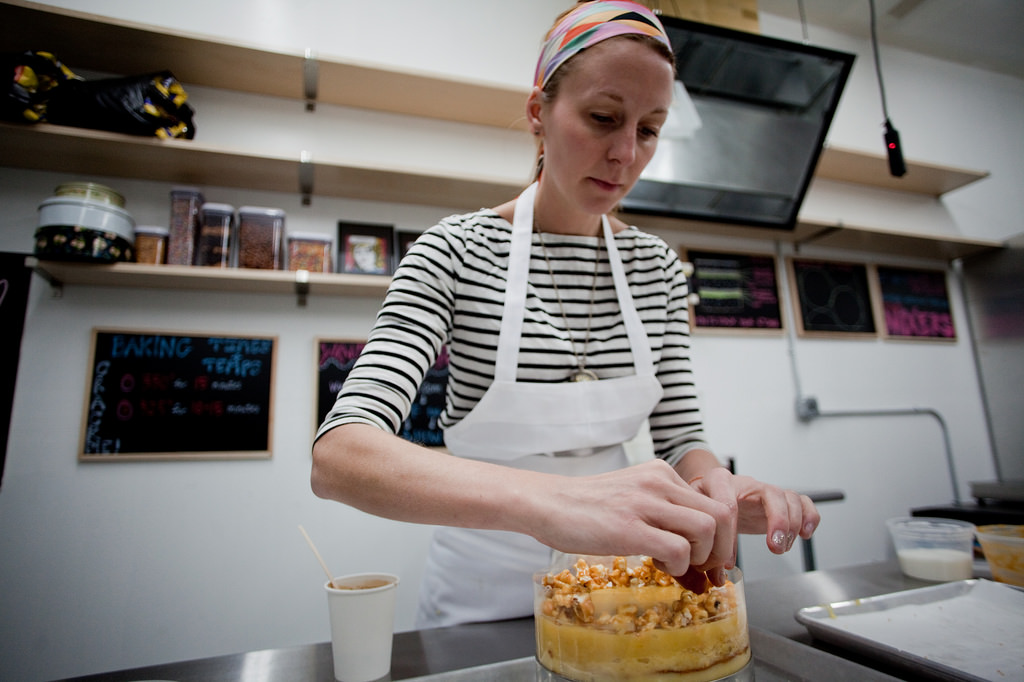 Fun fact: Friday is the Cronut's first birthday. Since May 9, 2013, Dominique Ansel has become the world's most famous pastry chef, and he's kept making delicious things that are not Cronuts, too. Ansel was actually nominated in this same category last year, when we were all living in a pre-Cronut society. Ms. Tosi won Rising Star Chef of the Year in 2012, and Dahlia Narvaez has been nominated several times in the past. Cree and Leong have never been nominated before. It's perhaps worth noting that some people are sick of the Cronut hype and others are jealous of Ansel's success. But still, it's wise to put your money on the Cronut King this year.
Eater's Prediction: Dominique Ansel 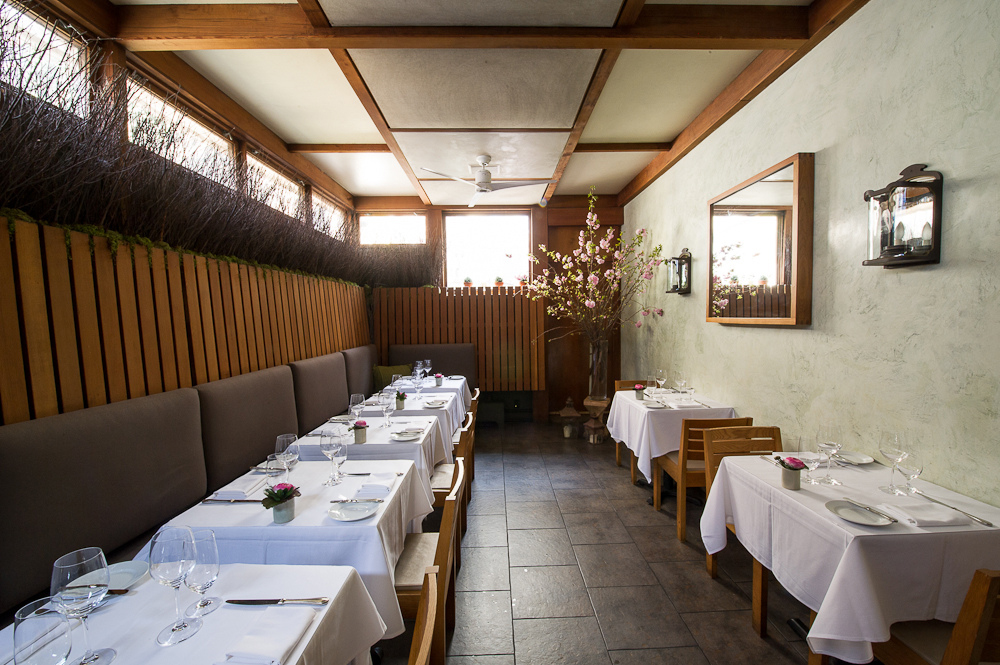 Topolobampo has been nominated for this award four straight years in a row, and Vetri has also been a finalist in this category many times over the last decade. Quince and Blue Hill are both esteemed fine dining restaurants that consistently get high marks from the critics. But The Restaurant at Meadowood is the one to beat in this category. Christopher Kostow's restaurant attracts diners from around the world, and it didn't get three Michelin stars for food alone.
Eater's Prediction: The Restaurant at Meadowood 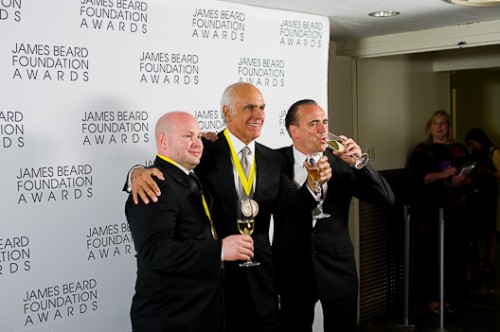 It's a race between Barbara Lynch, who was just the subject of a Times Magazine profile that generated a lot of buzz, and Phil Suarez, whose flagship restaurant just got four stars from the Times. Suarez was nominated for Outstanding Restaurateur in 2012, 2001, and 2008, and his restaurants have won heaps of Beard Awards, but he's never taken home the medal for this category. Lynch received a Beard Award for Best Chef Northeast in 2009, and she was one of the Foundation's Who's Who of Food & Beverage last year, but she's never been nominated for Outstanding Restaurateur.
Eater's Prediction: Barbara Lynch 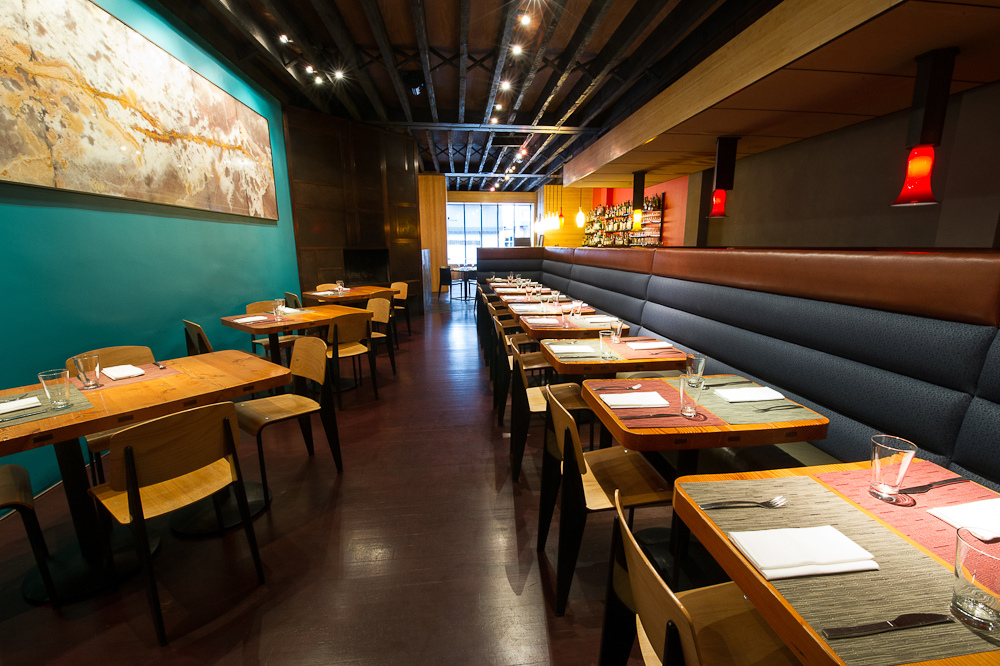 It's tough to say how this one will play out. Hearth consistently delivers excellent food and a great overall experience, but it's not a destination like wd~50 or Spiaggia. The Slanted Door is a classic San Francisco establishment, but some people think it's overrated. Highlands Bar and Grill is the underdog, although it's worth noting that the restaurant has been nominated in this category every year since 2010.

The recent Gelinaz event might have juiced wd~50's chances of wining this time, but it looks like Spiaggia might be the frontrunner here. Tony Montuano's Chicago restaurant has been nominated in this category many times before, and it's undergoing a design refresh for its 30th anniversary.
Eater's Prediction: Spiaggia 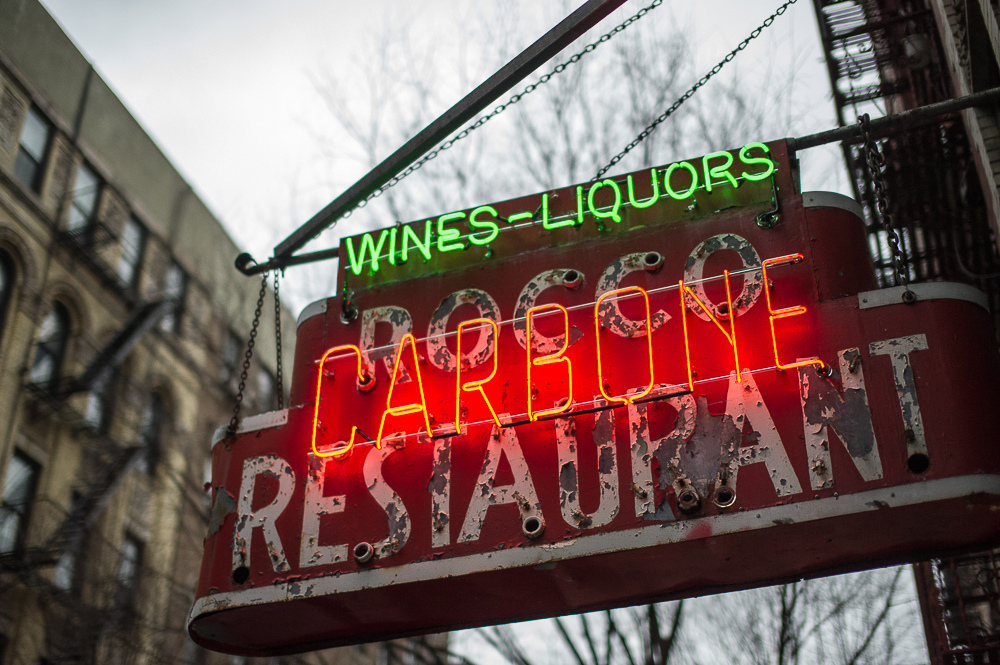 Carbone has the highest national profile of any of the restaurants on this list, but Betony and Estela certainly have their fans here in New York. The thing to keep in mind is that the New York votes are getting split three ways. Coqueta is a critical darling and a very hot restaurant from a California cuisine heavy hitter. There's a strong chance that it will get a ton of votes from the west coast, and it may indeed take the gold.
Eater's Prediction: Coqueta 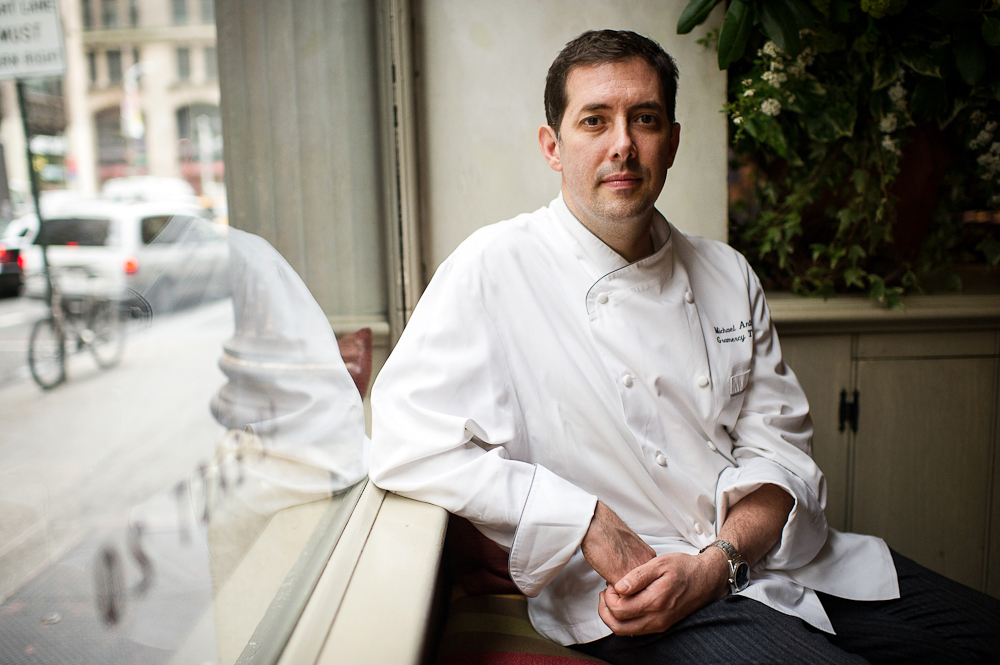 These are five chefs that everyone in the industry admires, and all of them have won James Beard Awards before. Based on restaurant buzz alone, this award would go to either Sean Brock or David Kinch, but voters might also want to give it to Vetri, the underdog. Tough call here, but the edge goes to Kinch, whose star continues to rise.
Eater's Prediction: David Kinch 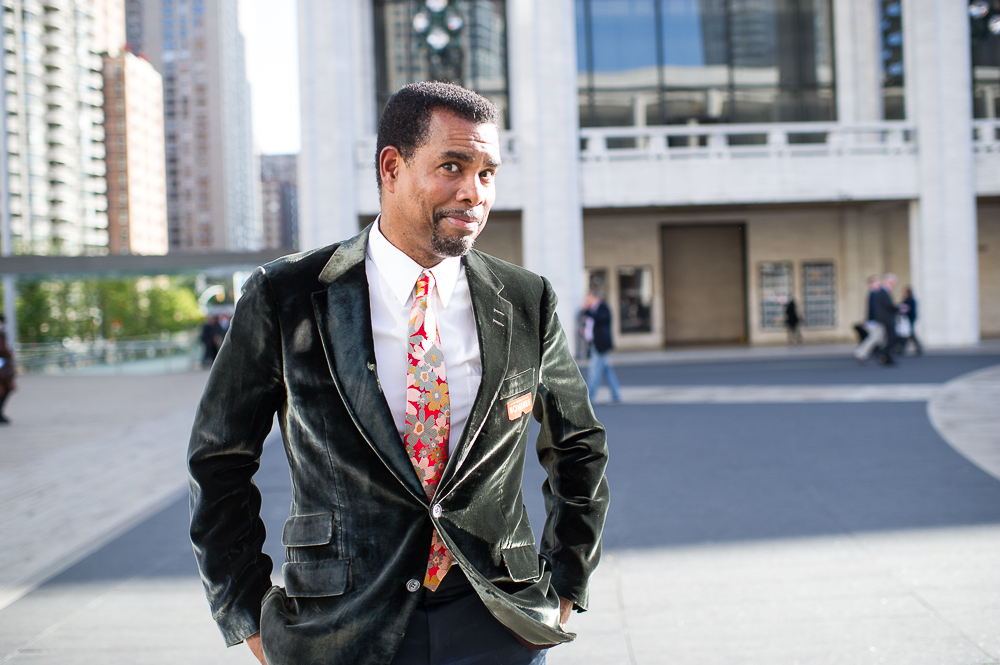 Bar Boulud's odds are looking good this year. If Madrigale and Co. win, Daniel Boulud might even do one of his patented Champagne sprays at the after party. In terms of Outstanding Bar Program, The Nomad has attracted the kind of national attention that might help it win in this field. And in the Outstanding Wine, Spirits, or Beer Professional category, hopefully Brooklyn Brewery's Garret Oliver will walk home with some gold this year — he's the Susan Lucci of craft beer. So we might be looking at a New York sweep on the beverage side of things.

Eater National will be liveblogging the ceremony tonight, and the Beard Foundation will be streaming the event live on its website starting at 6 p.m.