Delivery Services, Taste of the Hamptons, and More

Share All sharing options for: Delivery Services, Taste of the Hamptons, and More

With the summer fast approaching, things are getting busy in the Hamptons. With weekend getaways in mind, here's a roundup of all the foods news from Eater's sister site Curbed Hamptons this week. 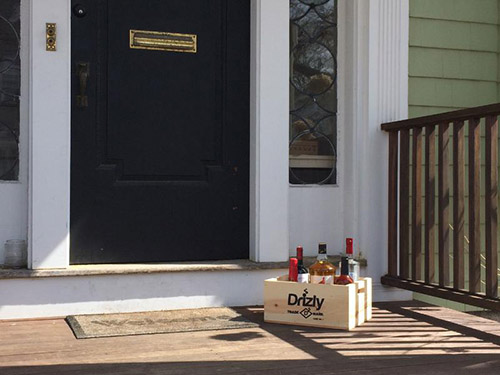 1) Delivery in the Hamptons: Two new delivery services are making summer living in the Hamptons that much easier. South Fork & Spoon offers a full range of groceries and ready-to-cook meals. There is also Drizly, a new smartphone app for beer, wine and spirits delivery. You'll never have to go out for food or booze again.

2) Bridgehampton/East Hampton: Dan's Taste of Summer is back with a series of tastings and competitions. First up is Dan's Grill Hampton where eight chefs from the East End go up against eight Manhattan chefs. The competition will take place Friday, July 11 from 8:00 pm to 11:00 pm at Sayre Park. Dan's Taste of Two Forks will be in the same venue on the next day, from 7:30 pm to 10 pm. Many local restaurants and winemakers are coming together for this event, including Nammos, Navy Beach, Nick & Toni's, The Bell & Anchor, Topping Rose House, and many other Hamptons hotspots. Tickets range from $120 to $340.

4) Montauk: Gurney's Seawater Grill also went through a menu overhaul. Executive Chef Seth Levine is aiming for "a fresh and elevated approach" to the cuisine and plans to incorporate elements of molecular gastronomy.

5) East Hampton:Georgica has a new executive chef and a revamped menu as well. Emphasis is placed on locally sourced seafood, including a raw bar and creative sushi preparations, courtesy of Chef Kazuo Yoshida of MYUMI.