Taken together, the regional cooking styles of Mexico constitute one of the world's greatest cuisines. Why is it, then, that when New York restaurateurs decide to open an upscale Mexican eatery, the first thing they do is fiddle with every recipe in an attempt to "improve" it? Soy sauce in the tuna ceviche? Awful! Bland chicken breast instead of pork in cochinita pibil? Bad idea. Kale tacos? No thanks! Goat cheese, pomegranate seeds, red bell peppers, roasted tomatoes, apples, potato chips, chorizo, cucumber, and jicama tossed into the guac? The green avocado dip was perfect already. Lately, I've seen all these bad ideas and more in our newest Mexican bistros. If the cuisine's not broken, don't fix it! 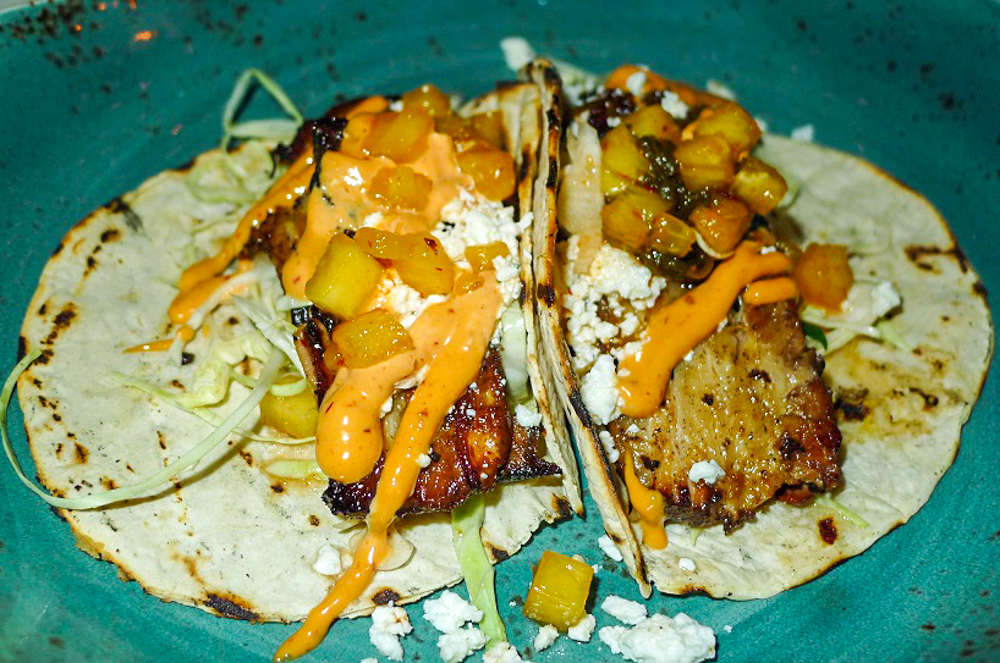 [Pork belly tacos]
One of the most ill-conceived dishes this year is the pork belly taco (two for $12) at newcomer Horchata. That's the place substituted for the Village's BLT Burger by the same restaurant group soon after Umami Burger opened further down Sixth Avenue. The filling seems like a riff on rotisserie-cooked al pastor pork, which was inspired by shawarma, a technique of cooking meat introduced to Mexico by Lebanese immigrants nearly a century ago. In al pastor, a pineapple is poised on top of the rotating vertical spit; the juice seeping downward sweetens the meat and tenderizes it via the enzyme combination bromelain. 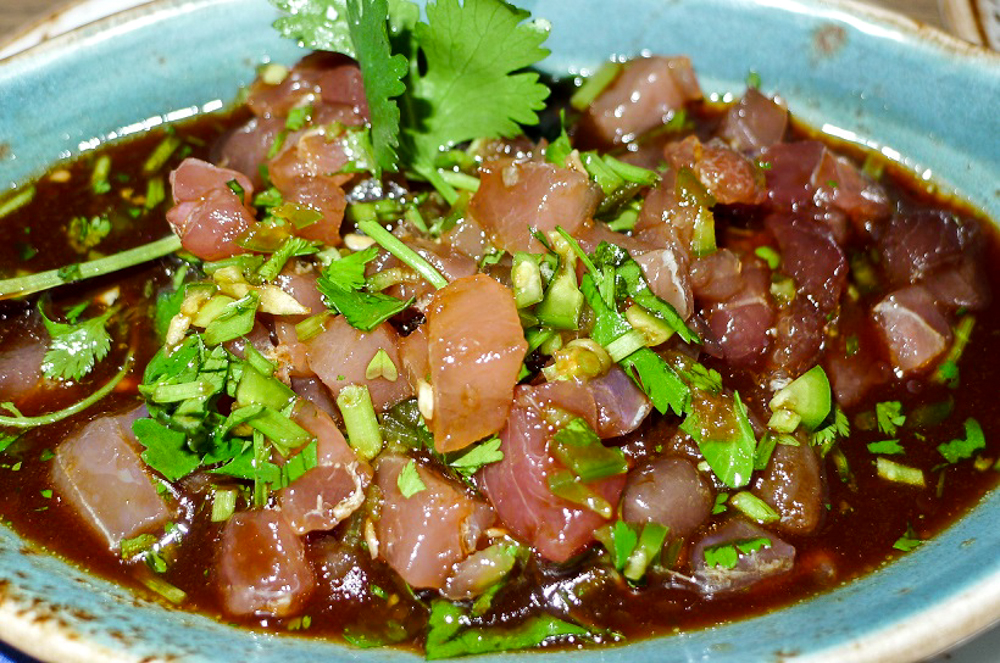 [Tuna ceviche]
Instead of al pastor, Horchata stuffs the taco with pork belly in one long rubbery plank, and tops it with diced pineapple. The tough, gluey texture of the badly rendered belly proves impossible to masticate, so the taco falls apart and you're left with the obdurate strip of belly dangling from your mouth. Orange mayo is squiggled over everything, making the taco greasier and grosser. Another menu fail is the tuna ceviche ($16), soaked in massive quantities of salty soy sauce, obscuring the flavor and fresh taste of the fish. The kaffir lime leaves promised by the menu seem totally absent, replaced by cilantro. Restaurateurs: if exotic ingredients are listed on the menu, make a point of actually using them. 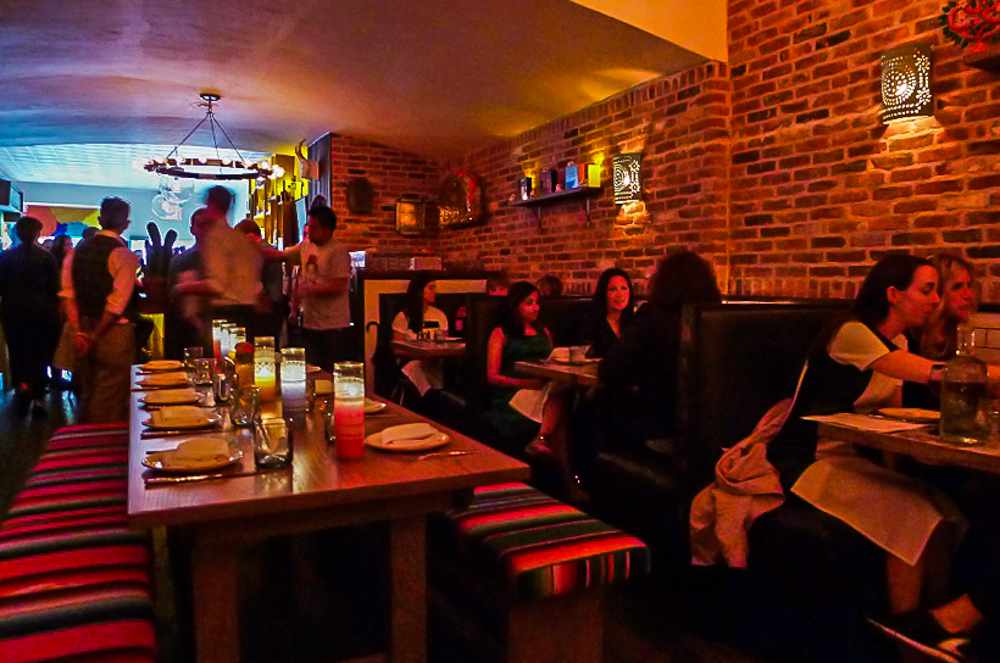 The layout of Horchata — named after a favorite Mexican beverage made with rice and cinnamon—remains nearly the same as during the previous incarnation, with a long bar in front, small two-person booths along the walls, and two large communal tables running down the middle in the rear. Mexican decorative touches are mainly confined to pierced-tin sconces, and a shelf that runs high up on the brick walls bearing Day of the Dead iconography. T-shirts worn by much of the staff feature a picture of Frida Kahlo — the revolutionary Mexican artist must be rolling in her grave. Tiny lights on the ceiling give the place a festive air, and the restaurant was mobbed around 8 p.m. when a friend and I visited on a weeknight during the second week of operation. 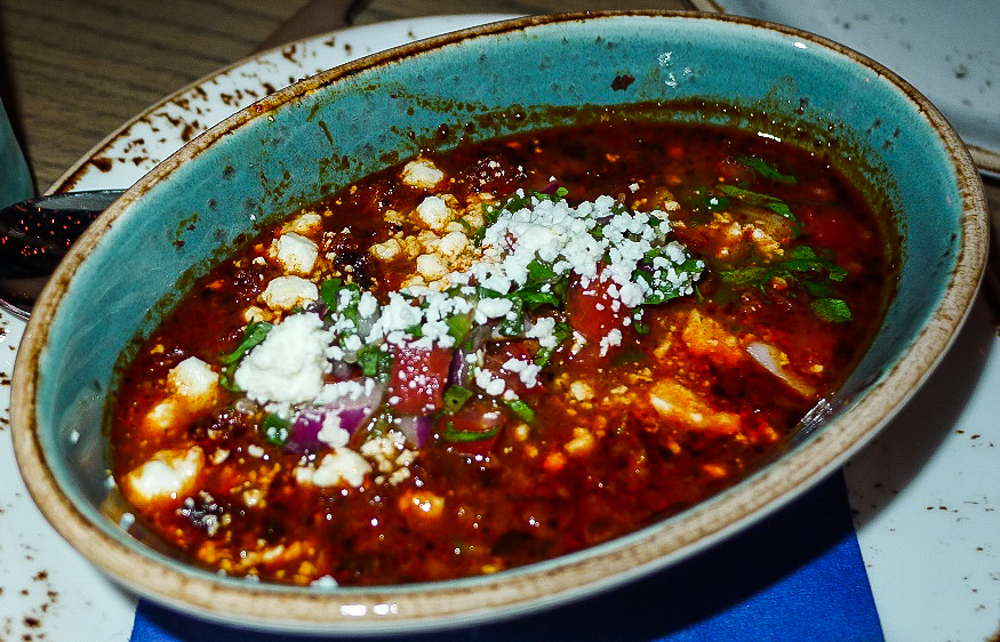 Another doubtful dish on Horchata's menu: a chorizo-laced queso fundido (Mexican fondue, $10) arrived with the cheese a cold solid lump in the bottom of the vessel, and a grease slick across the top, which the menu describes as a "red chile broth." The small boat of fondue comes with no chips or tortillas, so how are you supposed to eat it? When the waiter upsells you the chips ($3.50) you have no choice but to comply, even though they turn out to be as stale and tough as shirt cardboard. 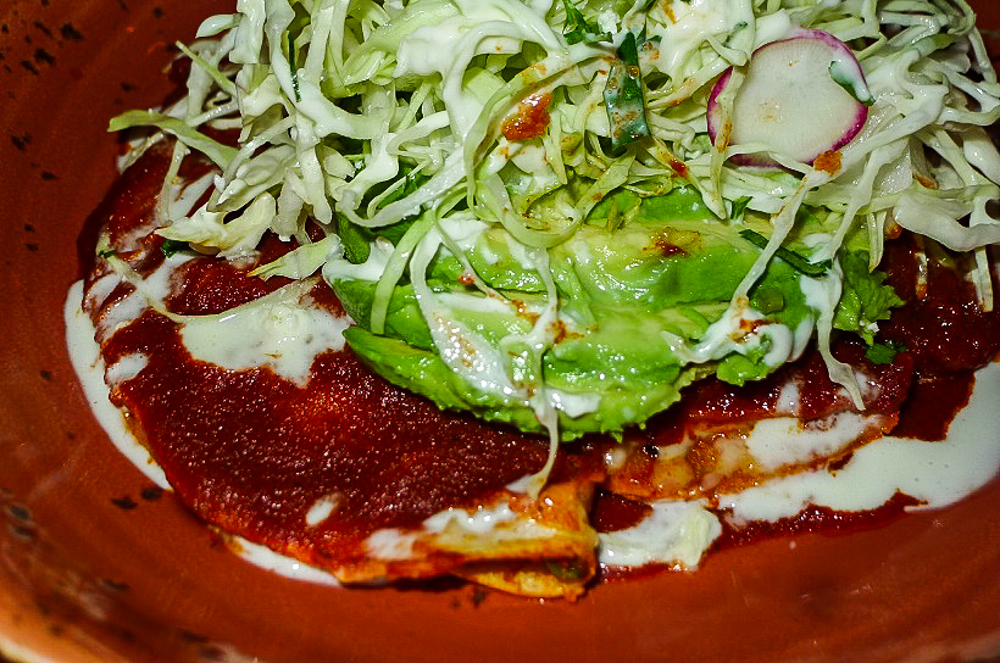 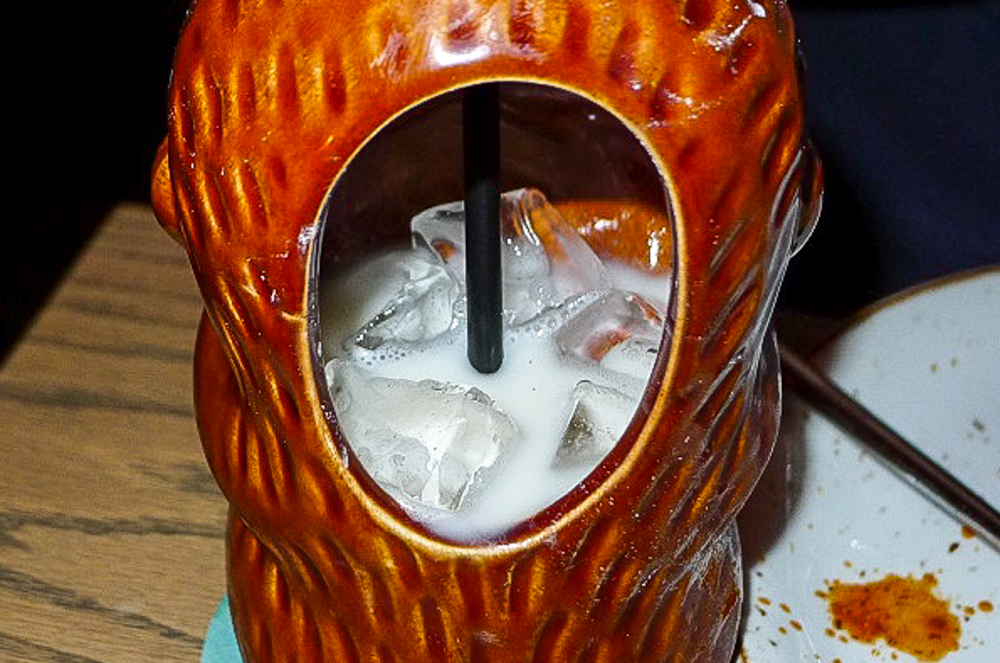 There are some tasty-but-flawed things on the menu, too, including enchiladas dobladas ($16), which feature several good corn tortillas flopped over a filling of Mexican cheese. The bright red guajillo chile sauce would be bangin' if it had any heat, and the enchiladas are obscured by so much raw shredded vegetable material, you have to wonder why you're paying so much for cabbage. The namesake horchata is available in multiple alcoholic variations, making one think the restaurant is more about booze than food. Comically, the version called drunken horchata ($10) comes in a monkey head left over from yesterday's tiki bars. It has a straw sticking out of the primate's forehead, but as you pick up the novelty glass to take a drink from the straw, you discover that there's a giant hole in the back, which spills the beverage all over the table. It's like a gag dribble glass, only better. Alas, the horchata is so weak, the flavor is overpowered by the alcohol. 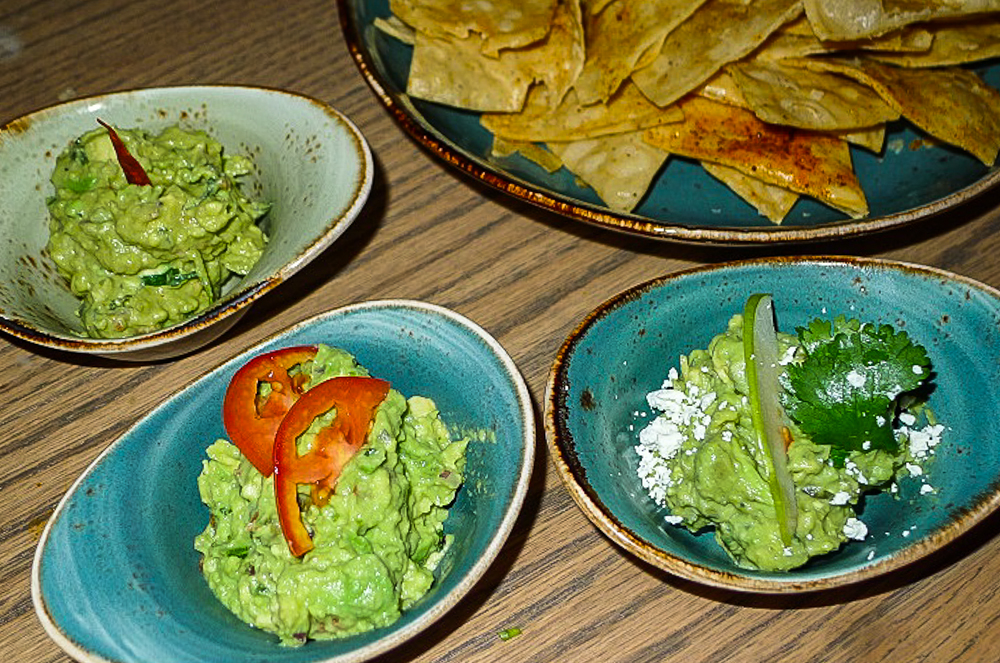 It's sad to see a new Mexican restaurant make so many mistakes right out of the gate. The main problem we noticed: almost nothing, except one of a trio of guacamoles ($18), has the slightest amount of chile heat. Chiles are central to Mexican cuisine, so Why Oh Why won't restaurateurs trust gringos and gringas with them?