What if Carmellini Opened Bar Primi Seven Years Ago?

Share All sharing options for: What if Carmellini Opened Bar Primi Seven Years Ago?

If all had gone according to plan, Andrew Carmellini would have opened Bar Primi in 2007, a full two years before he opened Locanda Verde. The chef tweets a photo of the menu for the original Bar Primi, which he says was supposed to open somewhere on 10th Street, noting that it's a whole lot like the one that Sal Lamboglia is now serving on the Bowery. This means that Carmellini has been sitting on the concept (and the name Bar Primi) since he was still the chef at A Voce.

Take a look at what Carmellini wanted to serve back in 2007: 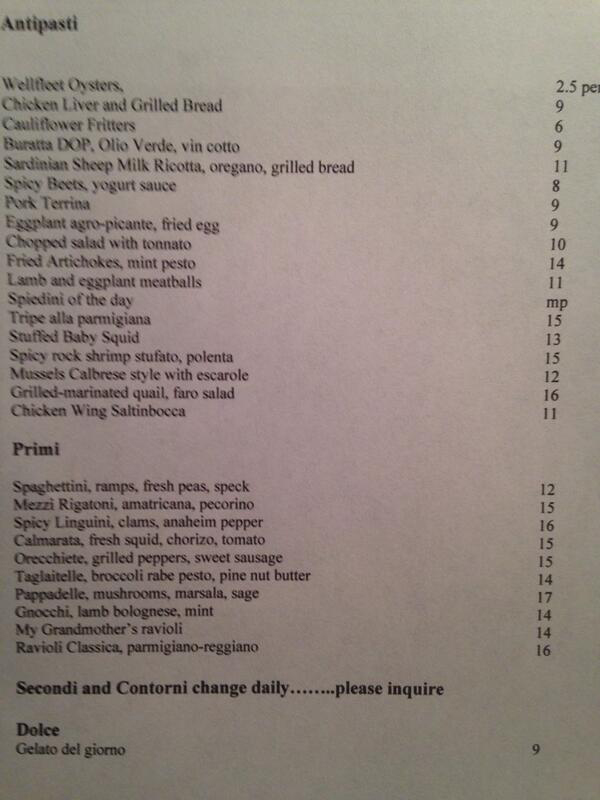