Share All sharing options for: The Ultimate Guide to Outdoor Dining Adventures

With Memorial Day weekend ahead and warm weather around the corner, the beach shacks and the outdoor markets are all reopening for the season. Here's a round up of six great places for weekend excursions and outdoor eating. Some are by the beach, some are in the city, and one can only be accessed by boat, but all of them have at least a few new things to offer. 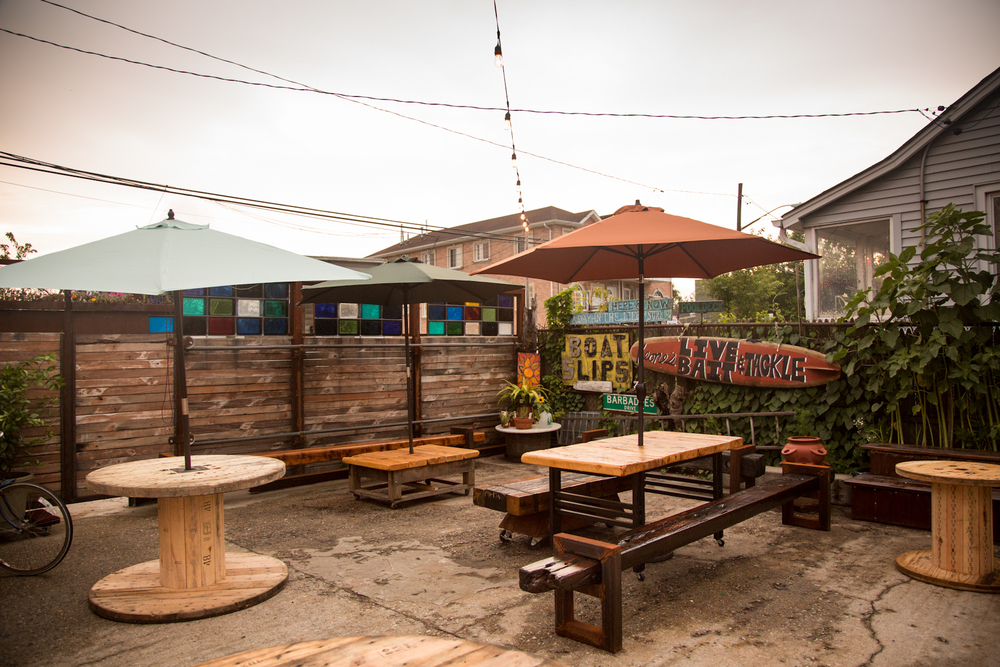 [Photo]
What: The seasonal restaurants of Rockaway Beach have all reopened now, with some new additions to the scene. The Rockaway Beach Surf Club, which used to just rent surf gear and host concerts, now has The Cookout, a food truck from the Urban Rustic team. That truck will be parked in the yard all summer, serving Carolina-style barbecue and other Southern fare.
Meanwhile the Roberta's team has reopened Rippers, and is promising more "actual dinners" alongside burgers and dogs. Rockaway Taco has also been back up and running since the beginning of the month, and there is still a rumor out there that Roberta's has something in the works across the street.
Plus there are some solid year-round restaurants to check out, ranging from local favorite Thai Rock to a new Uzbeki restaurant.
Where:
· Rockaway Beach Surf Club, 302 Beach 87th Street.
· Rippers, 98-1 Shore Front Parkway.
· Rockaway Taco, 95-19 Rockaway Beach Boulevard.
When: Open daily throughout the summer. 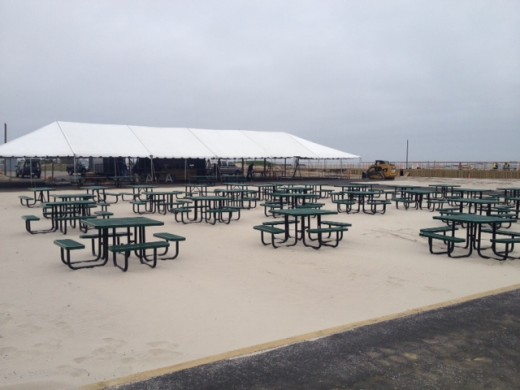 [Photo]
What: Smorgasburg opens its new seaside beer garden, SmorgasBar: Brooklyn by the Beach, this weekend. Located at the beach's Central Mall, it includes a shipping container bar, six food vendors, and space for beach games like badminton, bocce, and ping pong.
Handsome Hank's Fish Hut, Home Frite, Rubirosa, and the Williamsburg taco/juice spot Summers will all have stalls through Labor Day, while two other stalls will rotate through other vendors like Fleisher's and El Gato Nacho. Plus on Fridays through Sundays, Brooklyn Oyster Party will offer a raw bar alongside the beer.
Where: 1000 Ocean Parkway, Wantagh, NY.
When: Open 11 a.m. to 9 p.m. on weekends until June 15, then daily through Labor Day. 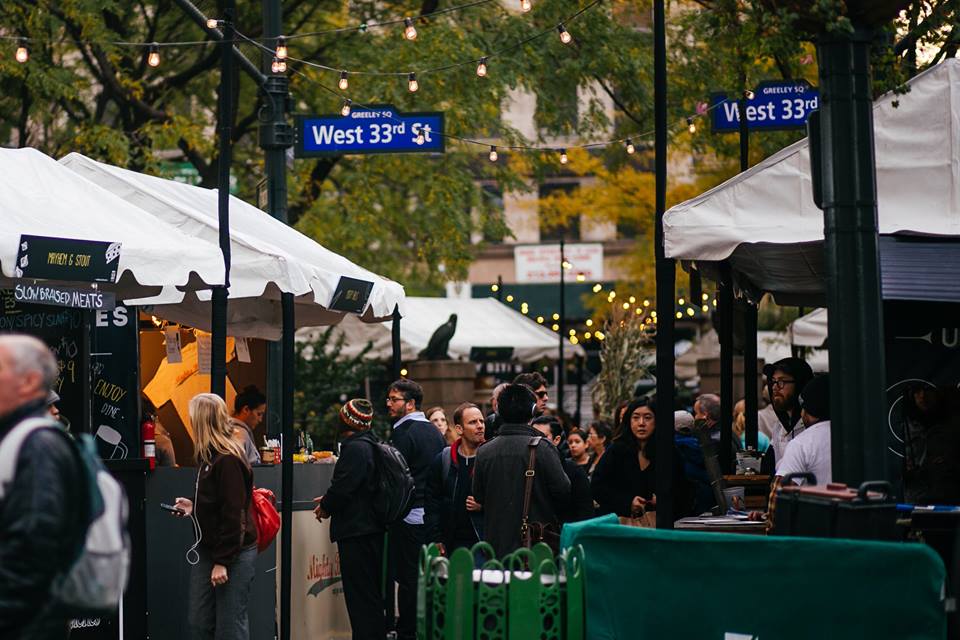 [Photo]
What: Although the hit Flatiron food market Mad.Sq.Eats is wrapping up next week, pop-up market specialists UrbanSpace will open its Midtown alternative, Broadway Bites, in Greeley Square Park on June 3. The newly-released vendor list has plenty of overlap with Mad.Sq.Eats, and includes stalls from Roberta's, Brooklyn Taco, Red Hook Lobster Pound, Breads Bakery, plus many, many more.
Where: Greeley Square, Broadway between W 32 Street and W 33 Street.
When: Open 11 a.m. to 9 p.m. daily, June 3 through August 1. 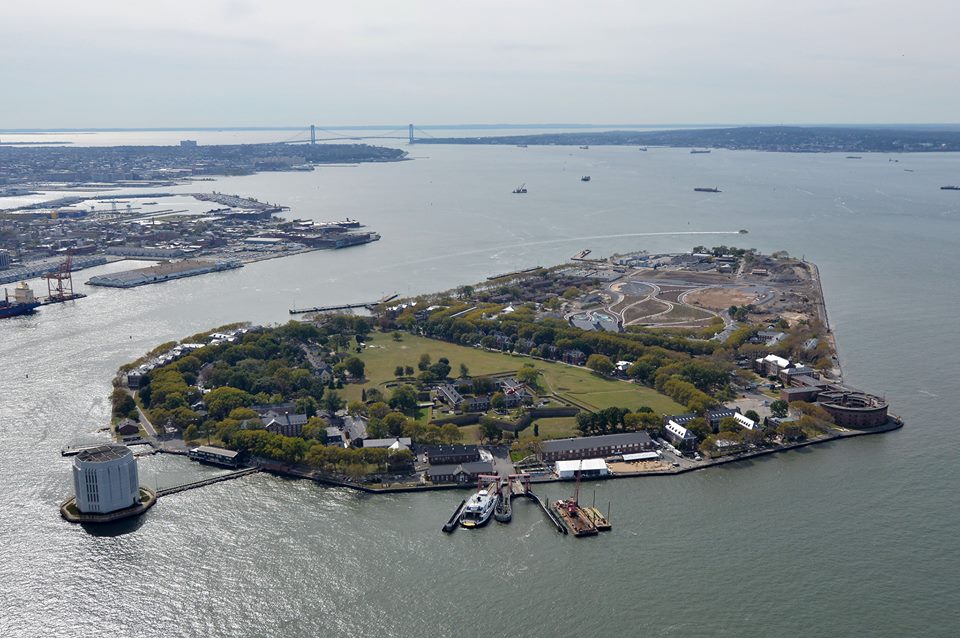 [Photo]
What: This bucolic summer destination has lined up seven new food trucks to serve weekend visitors at the King Avenue food court. Mayhem & Stout, El Paso Taco, Momos & Buns, Sweet Chili, Mike N' Willie's, and DiSO's Italian Sandwich Society will all arrive on the island this Saturday, and be there every weekend through the summer.
And even though those trucks won't be open on weekdays, it's also worth noting that, for the first time, the island will be open every day, and now has 30 new acres of park land outfitted with hammocks, sculptures, ballfields and more. Other food options, like Blue Marble Ice Cream and Little Eva's beer garden, are open daily.
Where: Ferries leave from the Battery Maritime Building and Brooklyn Bridge Park Pier 6.
When: Island open daily, 10 a.m. to 6 p.m. (7 on weekends), until September 28. Food trucks open weekends only. 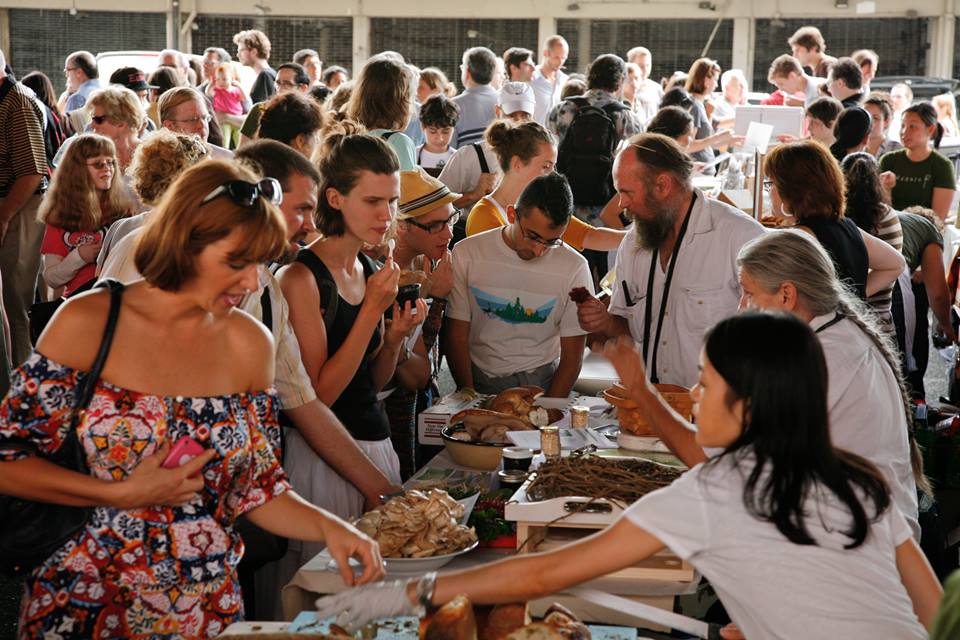 [Photo]
What: After hosting just one market last summer (and a handful more in the fall), New Amsterdam Market returns to monthly markets this year, with a mix of new and old vendors. Alongside a line-up of regional produce, meat, seafood, and other groceries there will be plenty of lunch and snack options, all within view of the Brooklyn Bridge. At the first market, on May 31, vendors will include Lonestar Taco, Luke's Lobster, and Jimmy's No. 43 selling rotisserie chicken and ribs, plus Pie Corps with sweet and savory pies, Runner & Stone with Peter Endriss' expertly-made breads and pastries, and many others.

An additional seafood night market will take place on June 26 with guest appearances from chefs April Bloomfield, Peter Hoffman, Caroline Fidanza, Dave Pasternack, and Kerry Heffernan.
Where: South Street, between Beekman Street and Peck Slip.
When: Open 11 a.m. to 5 p.m. May 31, June 21, July 26, and August 24, and 7 p.m. to 10 p.m. on June 26. 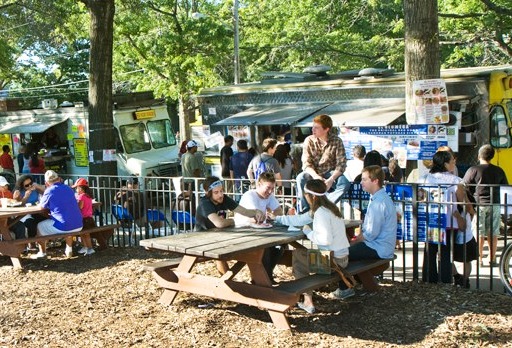 [Photo]
What: The Red Hook Food Vendors are celebrating their 40th anniversary at the Red Hook Ball Fields this year. Last year their future was uncertain in the face of rising costs of operation, but they recently signed a six-year lease with the Parks Department and have been back in business for a month already. This year some new vendors have joined the ranks of these no-frills, authentic Latin American food trucks, which serve mostly things like tacos and Salvadoran pupusas.