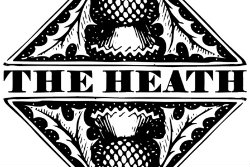 1) The Heath, Serving Patrons of "Sleep No More:"
R.L. King is the chef of The Heath, which shares both a space and an overall theatrical ambiance with the immersive theatrical event Sleep No More. Check out his interview with Michael Harlan Turkell on The Food Seen to hear about running a kitchen within a theatrical piece:

We're training the servers, we've been training everyone on the staff to slow the food down, speed the food up. If there's an experience going on, we need to wait. So it's the same exact style of service, everybody has to communicate together, that goes for the front of house, the performers, the managers, to all the people that we had working in the behind the scenes. Everything is theatrical there, even the dining, even putting the food up. 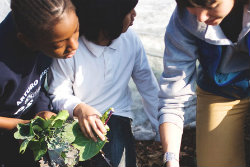 2) Cherry Bombe Magazine goes weekly with Radio Cherry Bombe:
Julia Turshen of the beautiful biannual magazine Cherry Bombe invited Kate Brashares of Edible Schoolyard NYC and Diane Yen of The Jewels of New York into the studio for the first episode of the magazine's weekly interview-format spot at HRN. Here's Brashares on what the next step of the Alice Waters-founded culinary and gardening-education program as it hopes to soldier on:

One thing about our program that is a really wonderful thing is how deeply we are in these schools, we have a lot of staff in each one of these schools, we really affect these kids, but we're just in two schools at the moment, we want to reach more kids, we want more kids to have the opportunity to have this amazing education. And so what we're looking at at the moment is how we can grow and how we can change our model and adapt our model so that we can still give kids this type of amazon experience gardening and cooking, but in a more cost-effective way so that we can reach more kids across New York City. 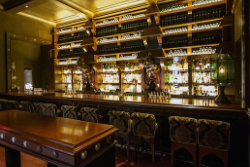 3) Tales from the NoMad Bar:
Damon Boelte welcomed Jessica Gonzalez and Karen Fu of the NoMad to talk about their roles in nabbing the James Beard Award for best bar program this year. Here's one lesser known drink that probably isn't listed in their tome of a drink menu: 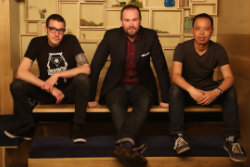 4) Richard Kuo and Patrick Capiello of Pearl & Ash:
Well into their second year in business, the Pearl & Ash chef and wine director talk about the logistics behind their tiny kitchen and how the place grew from an industry spot to an everybody spot: 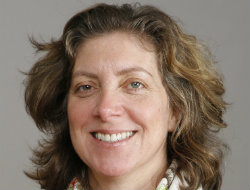 5) Ariane Daguin on Evolutionaries:
Last week's episode of Evolutionaries featured Ariane Daguin, owner and co-founder of D'Artagnan. Here she is on her experience with the first foie gras producer in America and how she came to dominate foie in the America:

They thought about everything about the production except the commerce of the product. They were so convinced, coming from Israel, they were so convinced that of course there was a market for it, they didn't worry about that until like five months before the first ducks were coming out, and by that point it's already too late…So they started to panic, they came to see us, I was very enthusiastic about it, and I think I had one edge over everyone else they were talking to, because I knew what to do with the rest of the duck.