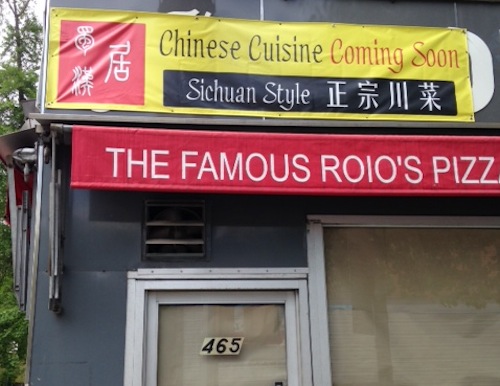 1) Greenwich Village: One of New York's iconic pizzeria spaces will soon become a Sichuan Chinese restaurant. A tipster sends along this photo of the banner hung above Famous Roio's, formerly Famous Ray's, which shuttered last year. No more details are available beyond the fact that the new restaurant is "coming soon." [PLYWOOD] 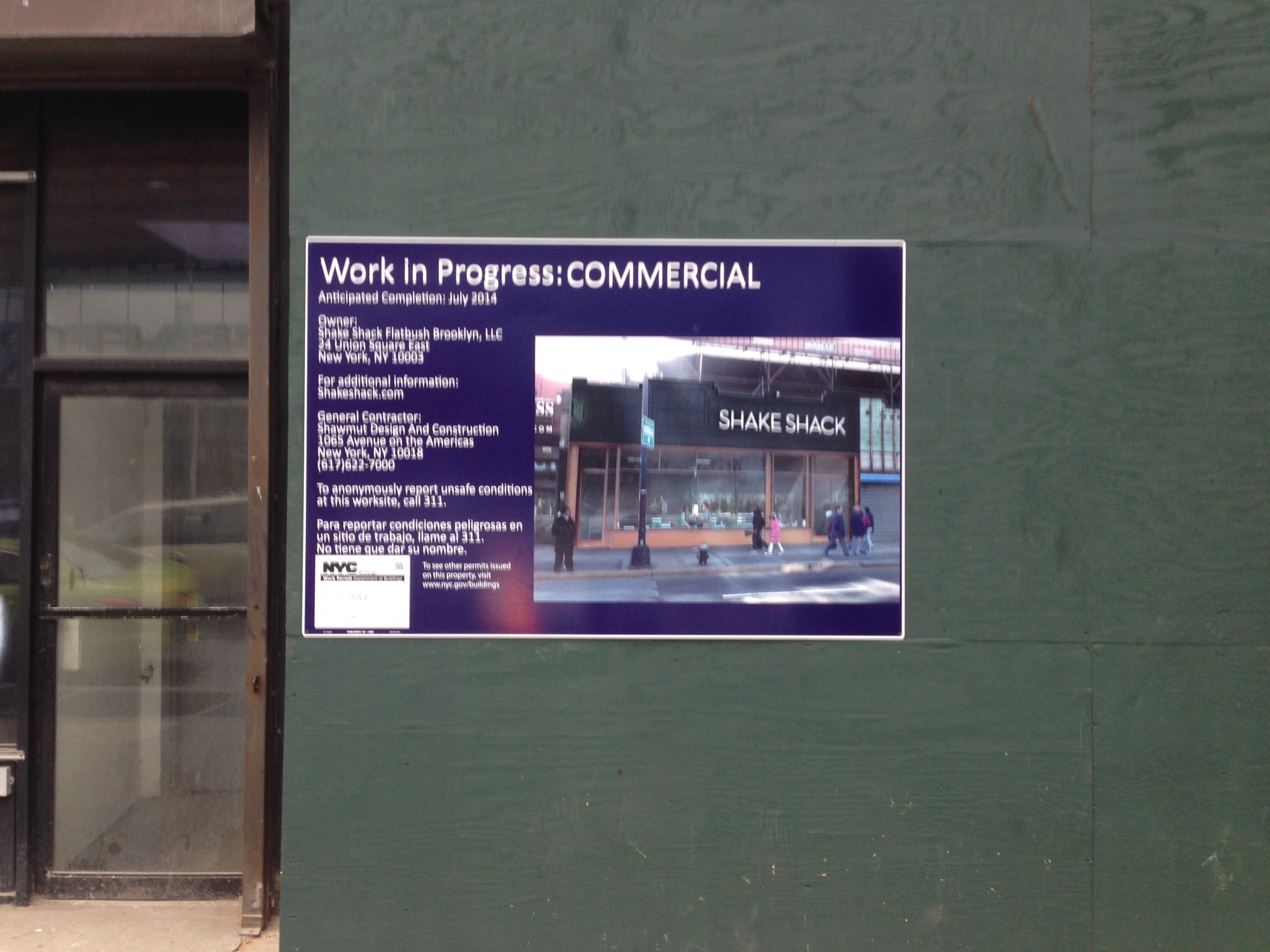 2) Park Slope: The long-in-the-works Shake Shack at 170 Flatbush Avenue is still encased in plywood, but according to the sign posted, the team is slated to wrap up construction by July. The third Brooklyn Shake Shack, in DUMBO, is also still in the works. [PLYWOOD] 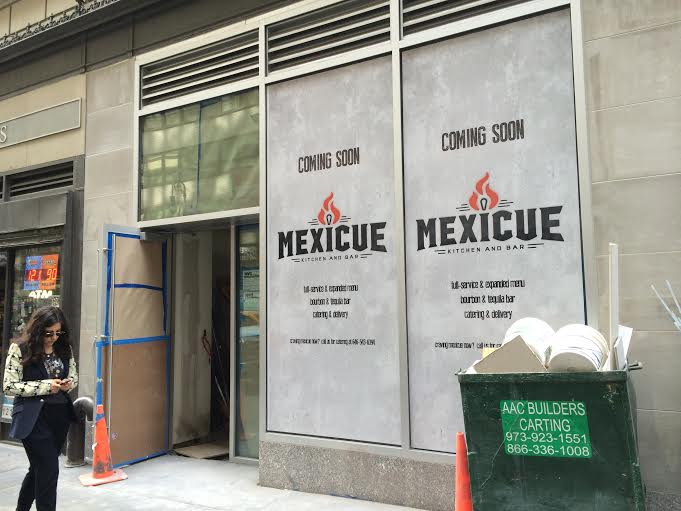 [Photo by Nick Solares]
3) Midtown: Progress is well under way at the Times Square location of Mexicue. The paper is in the windows, and the company just started hiring for all positions. According to a recent article in Crain's, the new spot should be open by June. Meanwhile, the team is also working on a NoMad outpost, and planning a massive nationwide expansion with the help of Ruby Tuesday founder Sandy Beall. [PLYWOOD] 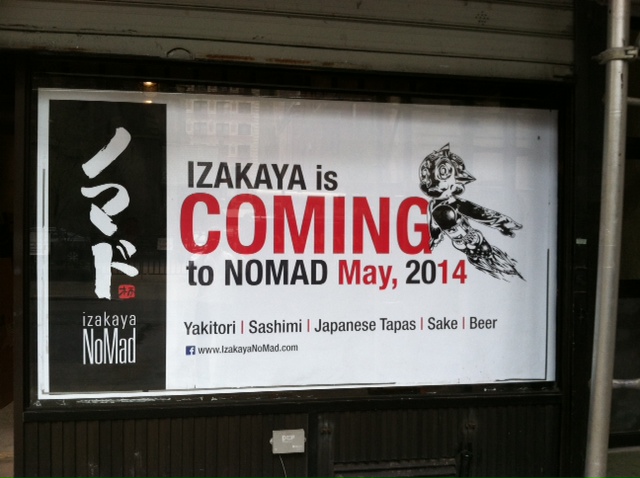 4) Flatiron: A Japanese pub called Izakaya NoMad is opening very soon at 13 West 26th Street. According to DNAinfo, it'll serve small plates of yakitori, sashimi, and other Japanese bar food, plus sake and beer. The restaurant is slated to open sometime this month, and in the meantime is posting plenty of updates to its Facebook page. [DNAinfo]

5) Lower East Side: Paulaner Brauhaus, which closed mysteriously just five months after it opened is, as rumored, coming back to life. A representative for the massive German brewhouse writes that the interior is being renovated to include some new communal tables and leather banquettes. A new chef is creating a menu of shared plates like house-smoked trout, cheese pierogis, a bratwurst burger, and a large-format platter of crispy pig knuckles. The restaurant is slated to reopen June 2. [PLYWOOD]