Share All sharing options for: Brunch at Narcissa; David Burke Fabrick Opens May 29

EAST VILLAGE — Narcissa, the hottest restaurant of winter 2014, is finally launching brunch. John Fraser's menu includes eight egg dishes, waffles, smoked salmon, a guacamole-topped skillet burger, and a cowboy breakfast with a T-bone steak and barbecued beans. Check out the full menu at the bottom of this post. [EaterWire]

EXPANSIONS — David Burke is gearing up to open his fifth New York restaurant, dubbed David Burke Fabrick, in the Archer Hotel on West 38th Street. This will be a spacious 84-seat dining room connected to the main lobby of the hotel, and it will have an adjoining bar with a limited menu called the Bugatti Bar. Like his other restaurants, this one will serve New American fare with a few whimsical touches. It's slated to open on May 29. [EaterWire]

VIDEO INTERLUDE — The first episode of Being Frank, the new VICE series chronicling the exploits and adventures of Frank Falcinelli and Frank Castronovo, is now online. The 17 minute show features cameos by Rene Redzepi, Martha Stewart, and Falcinelli's parents. [Vice] 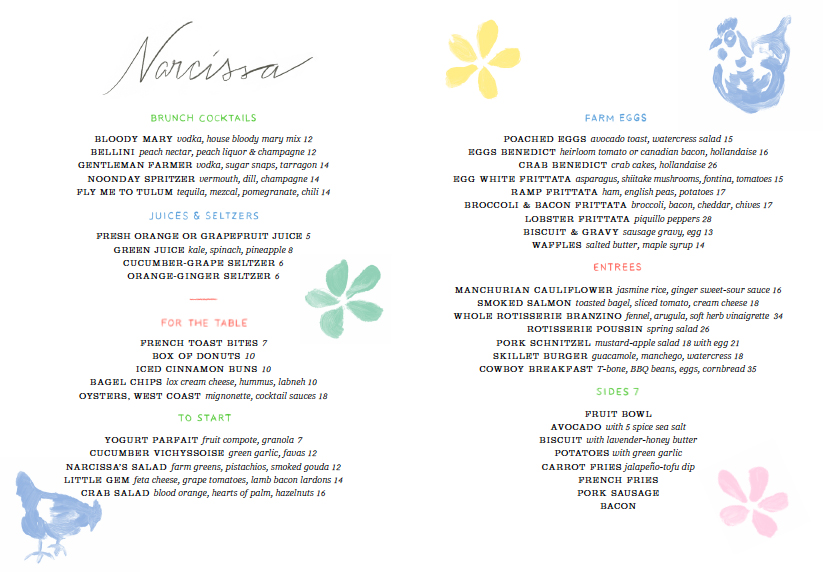