After DOH Issue, Cronut Mania Is Back With a Vengeance

Share All sharing options for: After DOH Issue, Cronut Mania Is Back With a Vengeance

Following the shutdown by the DOH last Friday, New York was deprived of Cronuts for three long days. But Dominique Ansel Bakery was back in action this morning, and the Cronut fans and members of the media turned out en masse. Riffing on a Rocky theme, today Dominique made a special black passion fruit caramelia chocolate Cronut with a gold star on top. Here's a glimpse at the scene on Spring Street this morning: 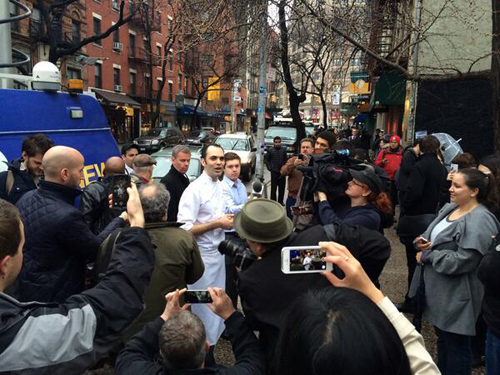 Ansel greets his fans, and the media. 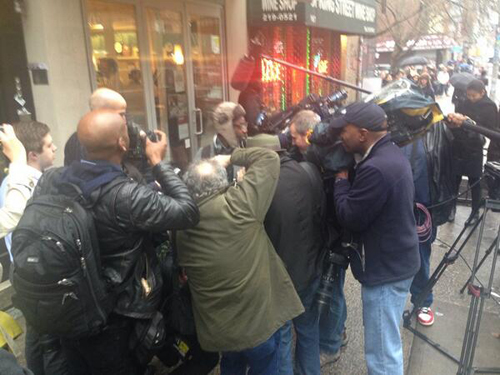 One passerby tweeted: "Media clamouring round a man who has just bought a cronut." 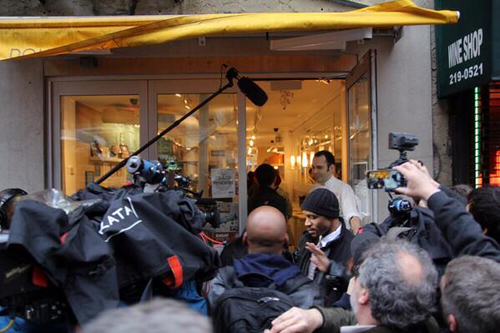 From ANIMAL New York: "Breaking fucking news: there are #Cronuts for sale. Dominique Ansel Bakery is open for business." 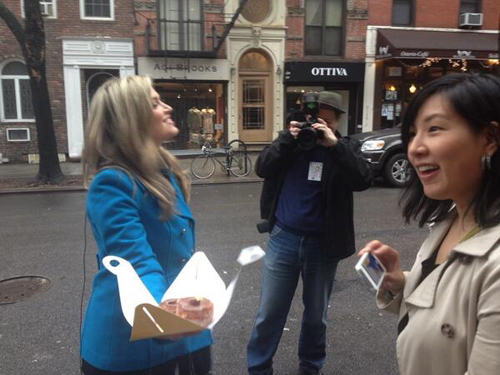 From DNAinfo reporter Danielle Tcholakian: "The TV reporter who paid someone to buy her cronuts, and @jenchung #cronut." 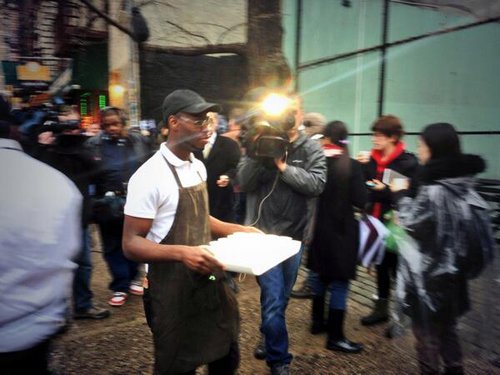 And, courtesy of Opie and Anthony, here's video of one very excited Cronut fan.
· All Coverage of Dominique Ansel Bakery [~ENY~]