Share All sharing options for: After Five Days of Insane Lines, Black Seed Takes a Break

Don't even think about heading down to Nolita for a Black Seed bagel today, because the white-hot Nolita shop is taking a break. The new bakery/cafe from Noah Bernamoff and Matt Kliegman opened last Wednesday to huge crowds. A monster line first appeared outside the shop on Friday, and then even bigger lines formed on Elizabeth Street over the weekend. Now a tipster sends in a picture of this sign on the door indicating that the Black Seed team is recuperating after its first five days in business.

If there is any baked good in this city that can be rightfully called "the next Cronut," this is it. Here's a glimpse at the bagel insanity over the weekend: 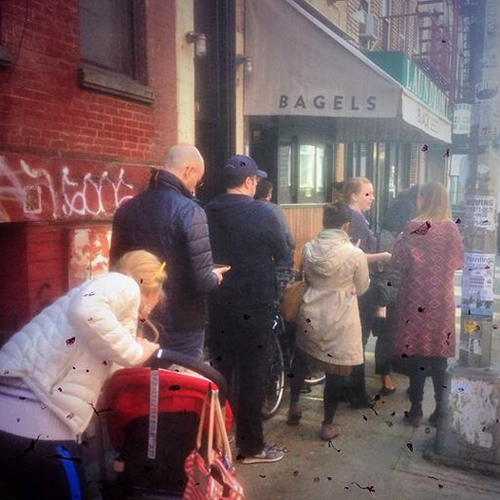 From Eater Co-founder Ben Leventhal: "Black Seed Bagels has got itself a proper line situation." 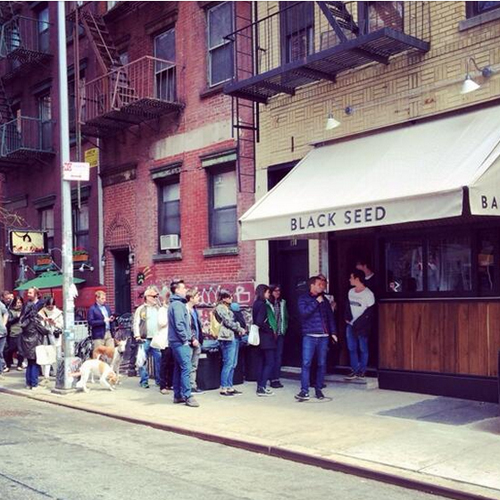 The Black Seed team tweeted: "Thanks for all the #bagellove today! We're out for the afternoon, but will be back at it at 7AM tomorrow." 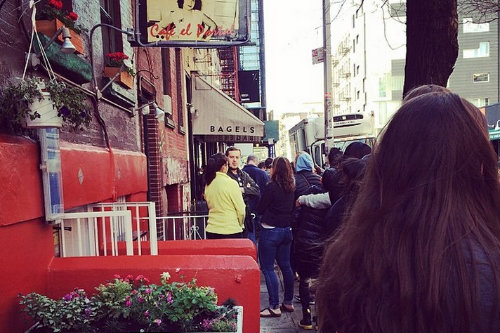 Here's a glimpse at the line in the morning from food writer Lauren Bloomberg. 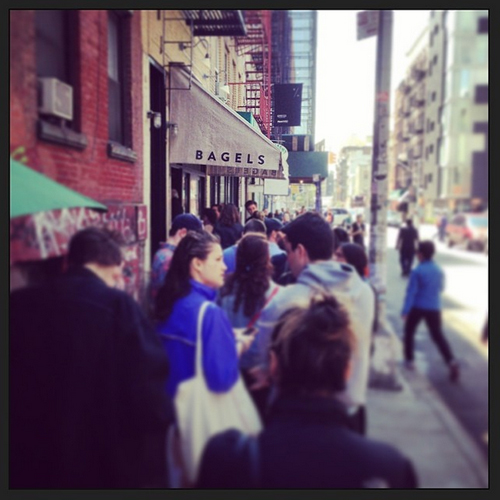 And via Smith & Ratliff, here's a glimpse of the monster queue on Sunday morning. It looks like for the moment, Black Seed is only allowing guests to order six bagels per person.

Right now, the shop is going through a supply-and-demand issue similar to what Bernamoff's first restaurant, Mile End, experienced in its earliest days. Noah and Matt have several years of experience running popular, small downtown restaurants, and they are total professionals, so expect a more streamlined operation for week two.
· All Coverage of Black Seed [~ENY~]