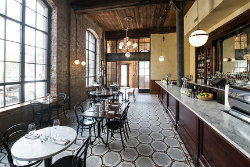 1) Food Book Fair
When: All weekend
Where: The Wythe Hotel
What: Head to Williamsburg for plenty food books as well as panel discussions on topics like food and race, GMOs and social entrepreneurship. Attendees include Dave Arnold of the Museum of Food and Drink and Tom Mylan of The Meat Hook. Tickets range in price from $45 to $225. 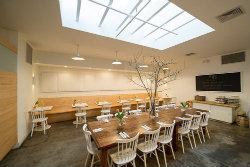 2) To Kill a Mockingbird Dinner
When: Tonight
Where: Egg
What: Egg is hosting a themed dinner in honor of the Food Book Fair. This year's theme is To Kill a Mockingbird and the menu includes dishes like collard greens, salt pork and beans, cracklin' bread, and lane cake. Tickets cost $100 per person, including beer and cocktails. Tickets can be purchased online. 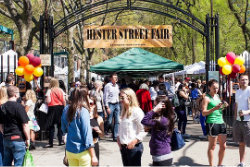 3) Hester Street Fair
When: All weekend, starting at 11 a.m.
Where: Hester Street at Essex Street
What: The Hester Street Fair is opening this weekend for the 2014 season- yet another reminder that warm weather is coming. Perennial favorites like Luke's Lobster and Little Muenster will be joined by some new stands including butcher shop Hudson & Charles and Zha, famous for crispy rice balls filled with barbecued meat like char siu and bulgogi.
[Photo: Atisha Paulson] 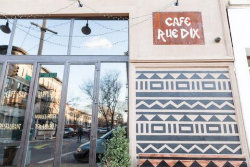 4) African Restaurant Week
When: Sunday through May 4th
Where: Various locations
What: This next week is a great opportunity to sample the African offerings in the city. With over fourteen restaurants to choose that will be offering three course prix fixe lunches and dinners, there are plenty of dishes to try. Check out the New York African Restaurant Week website for a full line up of participating restaurants which include Moroccan restaurant Le Souk Harem and African Fusion spot called Farafina. Lunch starts at $17 and dinner at $25. 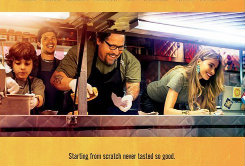