What is a Montreal bagel anyway? It's smaller than its New York counterpart, a little less dense, a little more unevenly browned (though not always), and the hole in the middle tends to be slightly bigger. Does the Montreal bagel depend on Montreal water for its flavor, as some have said about New York bagels and our tap water? Obviously not, because the Mile End people are turning out near-perfect Montreal bagels down on Spring Street this very minute at Black Seed (170 Elizabeth St, 212-730-1950). 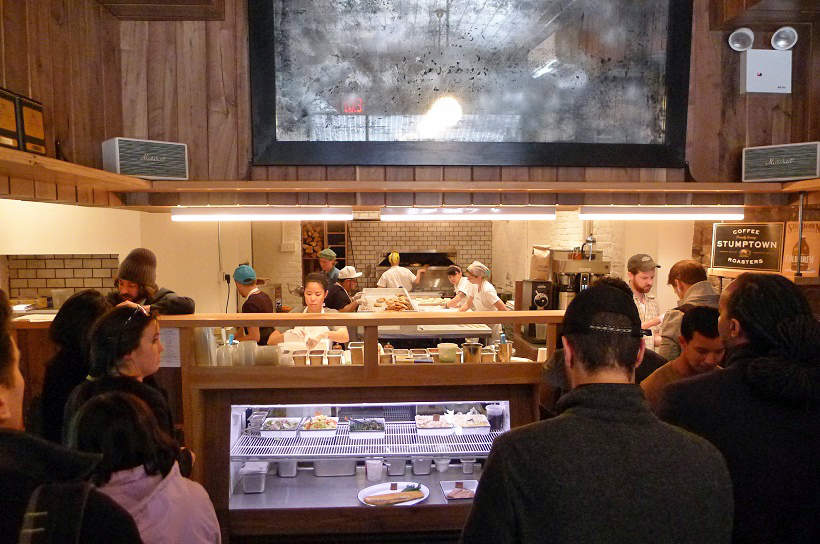 When I arrived at lunchtime, the place was packed. Co-owner Noah Bernamoff was surveying the scene. "Somebody told me this would be the next Cronut," he told me. "I hope not," he continued with a nervous laugh. 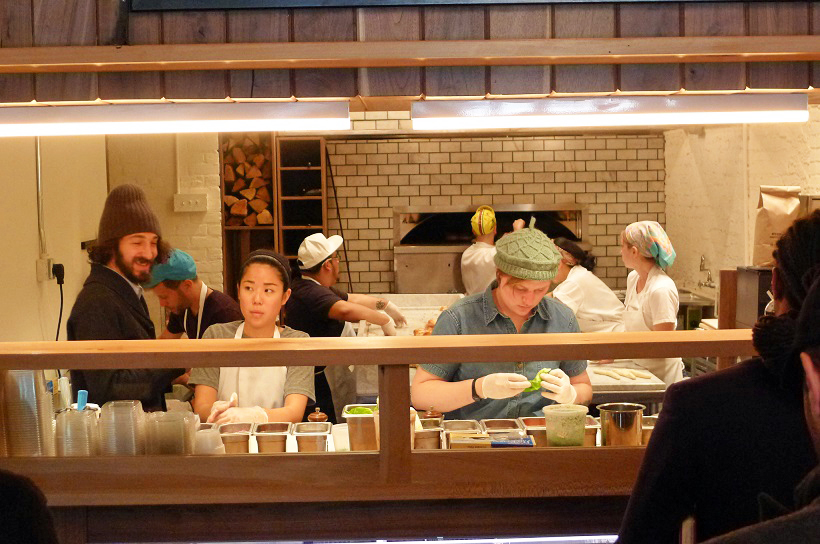 The build-out of the Lower East Side storefront is impressive, with a white-tiled wood-burning oven shooting up the occasional flame, and a double-sided marble work table sticking toward a wall-to-wall sales counter where your bagel order is executed. The well-organized activity on the part of the 10 or so employees behind that counter creates a sort of bagel theater, as the donut-shaped Jewish breads are first hand-rolled into elongated shapes on the marble surface and then re-rolled into a rough circle. No automated machine pooping out rounds of bagel dough here! The circles of dough are briefly boiled, then thrust into the oven using a utensil suspiciously like a pizza peel. 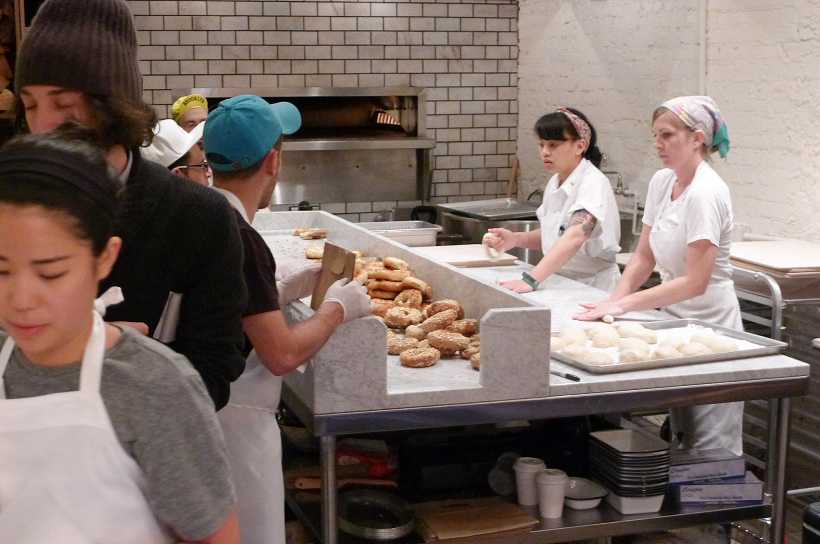 The most exciting moment is when the bagels are removed from the oven and they cascade down an inclined white marble surface to a holding area near the counter — a very neat use of gravity in the service of humanity. There are theoretically seven kinds of bagels available (plain, poppy, sesame, everything, salt, garlic, multigrain, $1.50 each), but when I stepped up to the order station, my two first choices, sesame and plain, were unavailable. It was, after all, only the second day of operation, and as Bernamoff told me, "We're still figuring out how many of each kind we have to make."

In Montreal, the sesame bagel is king at St.-Viateur and Fairmount (pictured, along with its sesame bagel), the two competing bagel bakeries of the Plateau, with poppy seed a close second. All the other types are also-rans, or so my observations at both bakeries would suggest. 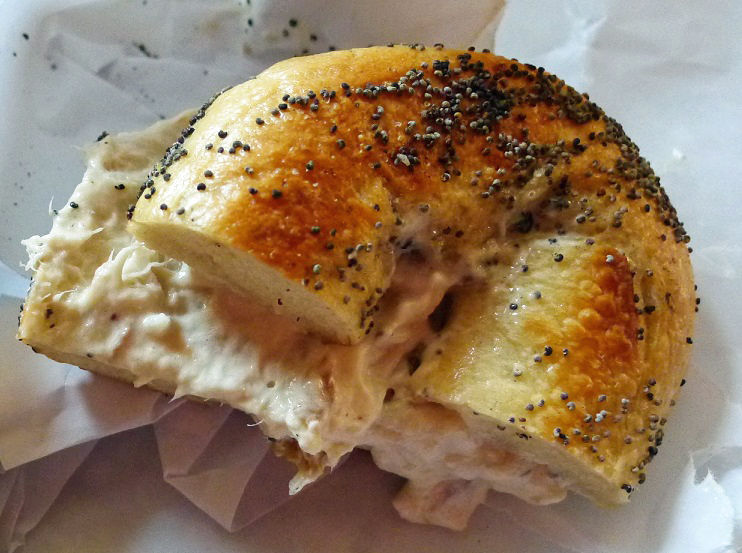 I was able to snatch a namesake poppy bagel at Black Seed, and had it smeared with smoked bluefish salad, a nice tip of the hat to our local terroir. (Bluefish is one of New York's most under-appreciated — and oiliest — local fishes). The surface of the bagel was nicely crusted with seeds, the burnished exterior a mottled brown. The totality was delicious. 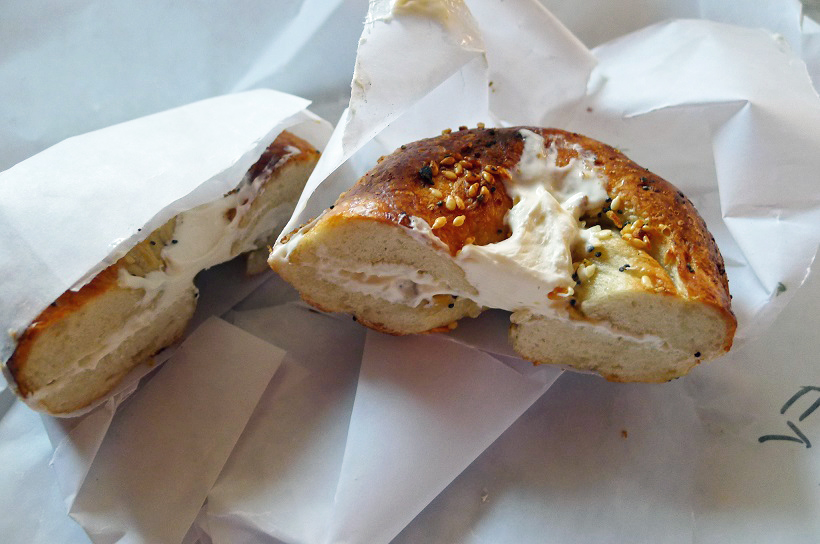 I also scored an everything bagel, and had it smeared with cream cheese — not the leaden kind found in the foil-wrapped package, over-laced with gelatin. It melted nicely on the bagel as I ate it on the subway on the way home. 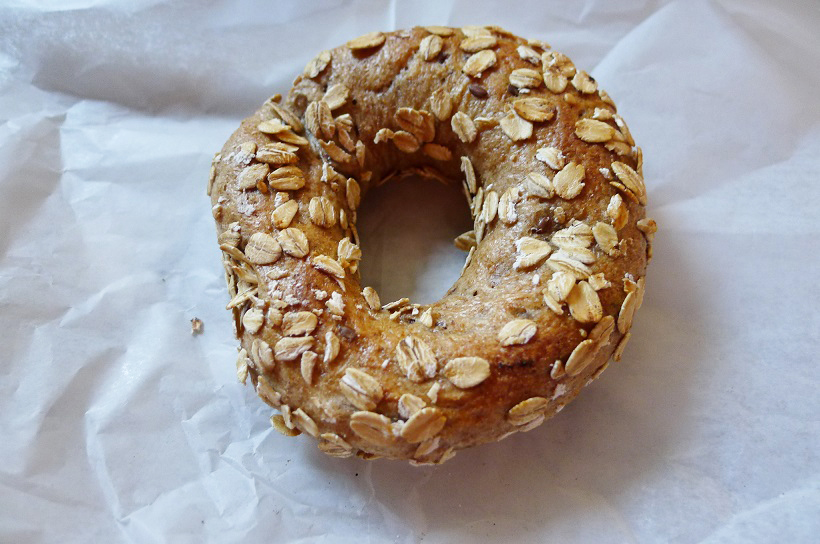 I also got a multigrain bagel and made some egg salad at home to go on it. The multigrain was not as heavy as I feared. In addition to some pale oats, there appeared be some flaxseed on it, too. There are a substantial number of toppings available at the bakery, including cold-smoked salmon, tobiko caviar, herbed tofu, almond butter, butter, and a dozen others. And I for one am looking forward to trying them all. Nice to have another voice in the city's unrelenting bagel chorus.