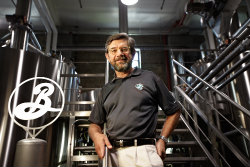 We started out peddling Brooklyn Lager door to door in 1988 and in retrospect, I can't believe anybody bought anything from us. We were selling at a rise right above Heineken, we had no money for marketing, nobody had ever heard of the beer, and we couldn't give anybody credit - we wanted to be paid cash for something nobody ever heard of. 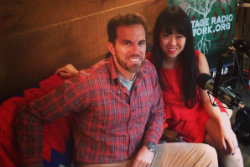 2) Blue Hill Yogurt and Beyond:
Leiti Hsu sat down with David Barber, Co-owner of Blue Hill to talk about the delicacy of sourcing ingredients for their grass-fed milk yogurt line, and about why they chose to expand into branding rather than new locations:

I think that we've always felt that we probably wouldn't be good at [expansion], part of it is because the restaurants are named Blue Hill, which is after a farm that we still operate, and the place is still very closely tied to our family, Blue Hill Farm in Great Barrington, MA…so it's not our last name but it's pretty close, so we're not going to put our name on anything that I don't think we would stand behind, both from a quality standpoint and hopefully from an integrity standpoint, so a third restaurant, my brother was really running the two of them and splitting himself pretty insanely on an hourly basis, between two, so the idea of doing that between three always felt like you would end up with three restaurants that aren't as good as the two you have. 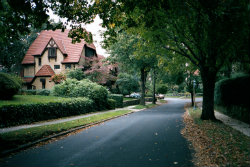 Fancier meals were the infrequent dinners at the enclave that I can vividly remember, but cannot name, on hillside avenue, and they were cause for celebration. The place was definitely white table cloth. At the beginning of each meal, each table was provided with a relish tray of plump pimento-stuffed olives, sweet pickled gerkins, celery and carrot sticks, and for years that meant very very fine dining indeed to me. 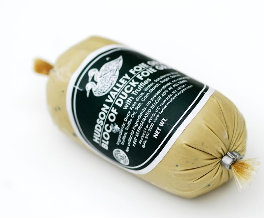 4) Foie Gras in the Hudson Valley:
Mitchell Davis of the James Beard Foundation chats fattened livers with Michael Ginor of Hudson Valley Foie Gras and New York State Foie Gras. They cover the history of the dish, different preparations, and why it has been associated with restaurant service and fine dining:

Chefs are so much more aware of other ingredients. Anybody can cook a filet mignon, but taking kidneys, hearts and trotters and making them taste right is really a skill. 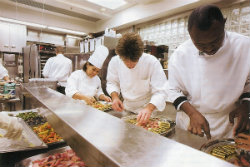 5) Anita Lo on Food Talk with Mike Colameco:
Chef Anita Lo of Annisa swings by the station to talk to Mike Colameco about the upcoming Share Our Strength event, Taste of the Nation, a hunger awareness event featuring a number of NYC food players. Here's Lo on the lead up to opening her own place in her neighborhood:

I had had several executive chef jobs before, and I realized that I really needed full creative freedom. I had seen how crazy it is to own a restaurant, I didn't necessarily want to own my own restaurant…but of course I did it anyway.