Share All sharing options for: Here's a Look at Dominique Ansel's Cronut Towels

Dominique Ansel and his crew are in the middle of a goodies giveaway right now on the streets of New York City. It sounds like they're only offering about 10 Cronuts per stop on their tour, however, as a consolation prize, they're giving away a limited number of towels and stuffed bunny rabbits. A reader sends in this picture of the swag bag, and here's a photo of two disappointed Cronut fans with their sad towel: 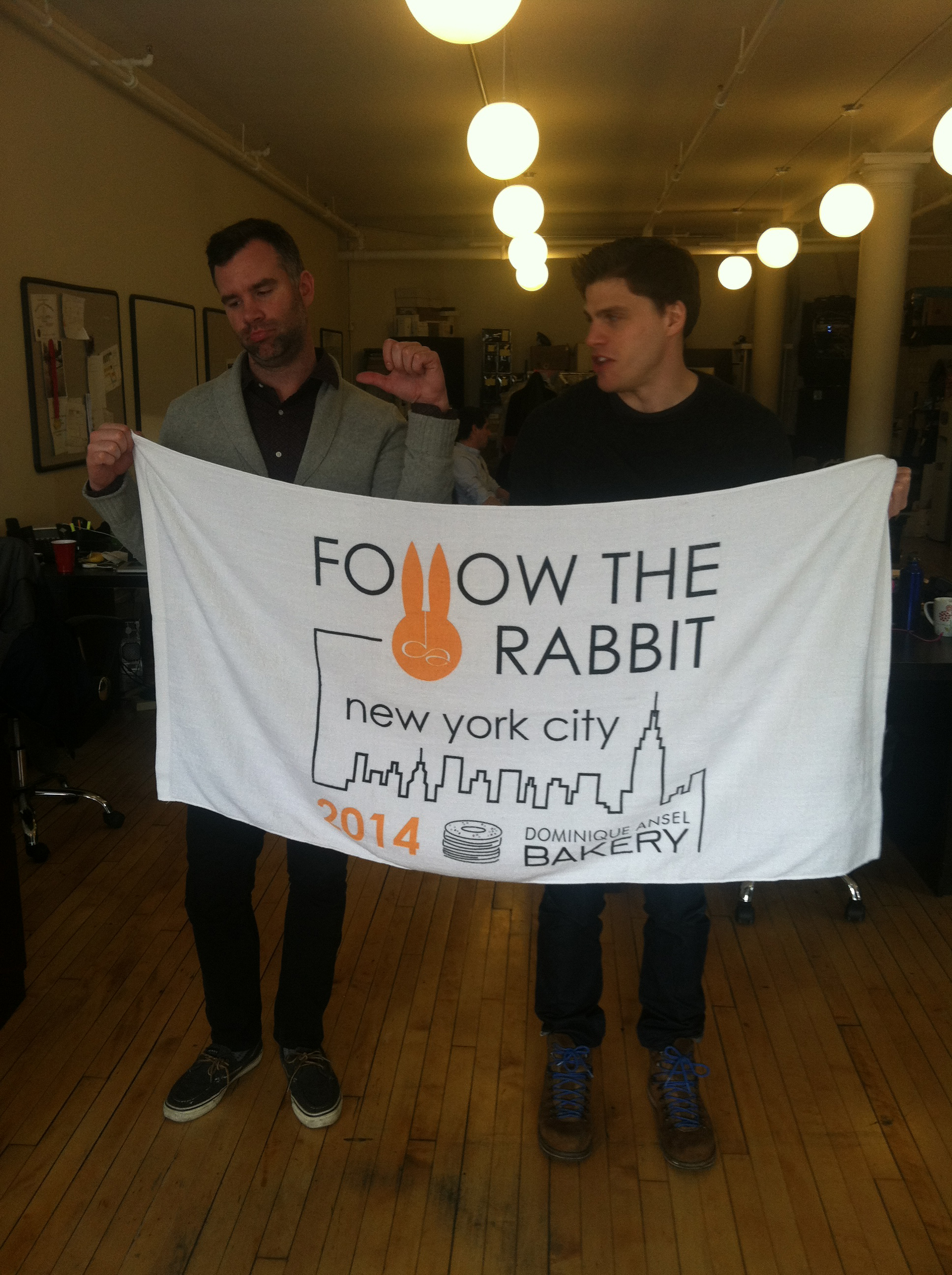 These are not as fun as fried tubes of delicious laminated sugary dough. But it's always good to have extra towels lying around in case someone crashes at your apartment or you decide to take a trip to the beach.
· All Coverage of Dominique Ansel Bakery [~ENY~]