Where to Get Fanesca, an Ecuadorian Holy Week Stew

Share All sharing options for: Where to Get Fanesca, an Ecuadorian Holy Week Stew

The last week of Lent in the run-up to Easter Sunday is known as Holy Week. In Ecuador, this period is celebrated at mealtime with a soup called fanesca. In true Lenten fashion it contains no meat, but includes 12 different types of beans, one for each of the Apostles. The stew is flavored with salt cod, which symbolizes Christ. Different versions of fanesca are associated with various regions of Ecuador, but it also usually contains potatoes, noodles, scallions, and cilantro, and you may spike it with the hot relish known as ahi ("ah-hee"), which is supposed to represent the sound of you screaming when you taste it. 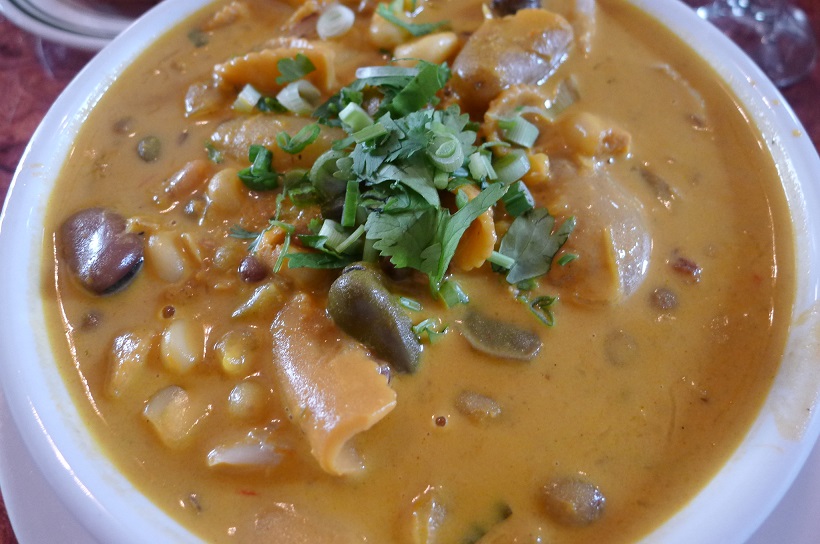 I had a splendid fanesca this afternoon in the Hamilton Heights restaurant Ecuatoriana, a double-wide storefront with an unexpected elegance to it. As I entered, brimming bowls of beige-colored fanesca were on every table, and the sound of slurping could be heard. In addition to the 12 beans – which included chick peas, favas, two kinds of lentils, giant kidney beans, lima beans, corn kernels, green peas, lupinis, and navy beans, among others — this rendition came thickened with cream and pureed orange squash (hence the color). An empanada-shaped fritter came on the side. 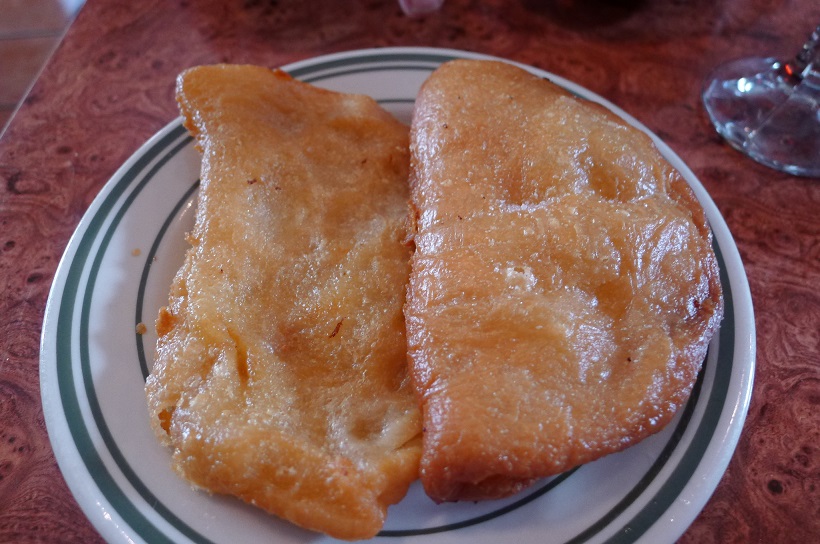 The soup is available this evening and tomorrow, but is traditionally not served on Easter Sunday, when all restaurants in Ecuador are closed. (1685-87 Amsterdam Ave, 212-491-4626)
· All Posts by Sietsema [~ENY~]