Restaurateurs Weigh In on the Paid Sick Leave Law

Share All sharing options for: Restaurateurs Weigh In on the Paid Sick Leave Law

At the beginning of the month, New York City's first paid sick leave law went into effect, requiring all businesses with five or more employees to provide their workers with up to five paid sick days. New York is not the first city to institute such a law, but it is the largest, and restaurants, where paid time off has previously been rare, make up a significant portion of the businesses affected. Although most restaurateurs agree with the law in principle, many have voiced concerns over the financial impact it will have on businesses already struggling to make a profit.

Since it's long been a source of discussion, Eater asked a number of restaurateurs and industry experts to weigh in on the pros and cons of the new law. Here's what Amanda Cohen, William Tigertt and others have to say about the benefits, the shortcomings, and the unintended consequences of the new law. 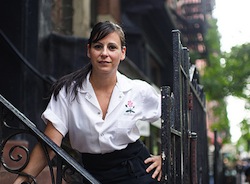 Amanda Cohen, chef/owner of Dirt Candy. The law does not apply to the current Dirt Candy, which is small enough to have only three full-time employees. But once Cohen moves Dirt Candy to its new, larger space, she will have 20 employees and be required to provide paid sick leave:
I can't imagine the monster boss who would have a problem with their employees getting paid sick leave, but it does feel weird at a restaurant my size where we're used to working everything out on a case-by-case basis. One thing I've learned in restaurants where I've worked is that you don't get sick days. I know line cooks (in other restaurants) who've crapped their pants and kept on cooking because they're on the line when they should be home in bed. Paid sick days are undeniably a good thing, but there needs to be a level of trust between staff and owners at a small restaurant because, let's face it, these aren't paid sick days, they're paid holidays that you trust your staff uses when they're sick.

Small restaurants (read: non-franchised, non-unionized) are a little too proud of being unforgiving places to work, but over the next few years, whether we like it or not, change is coming: health insurance, maternity leave, paid sick days, more equal distribution of tips, higher minimum wage. Those are all welcome changes but I wish we weren't nibbling around the edges of the problem with one small law at a time like this. The economics of small restaurants needs to change, but while big franchise restaurants and unionized restaurants have a voice, I don't see small restaurants talking together, figuring out solutions, and then communicating them to lawmakers. And so we sort of limp forward with a very short-term vision and piecemeal solutions. It's frustrating.
[Photo] 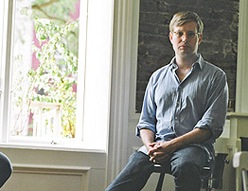 William Tigertt, owner of Freemans:
In general I'm not against the law. I think it's very good, especially for the back of house employees. But it's been one piece of legislation after another that really impacts all small businesses in New York. Payroll is one of the biggest expenses for a restaurant. It's around 30 percent of the budget, and it's getting more and more expensive. You need a lot of labor to run a restaurant correctly. So it probably won't have a lot of immediate effects, but probably within six months you're gonna see people raising prices across the board in order to keep their margins at a sustainable level. The way it shakes out, I think it will eventually end up eliminating more jobs as people try to cut back as much as they can, and do more quick service or fast casual concepts where there isn't as much labor. Because it's just too hard to sustain the extra glass polisher, the extra person to run cappuccinos.

At my restaurant we don't have any plans to immediately raise prices, but we will look at it in the fall and see. Your labor costs are going to go up two percent. The margins on the restaurant business are already being cut razor thin, so it's going to put inflationary pressure on everyone. The law is good, but people need to be clear that the ones paying for it are going to have to be customers eventually. Because there's really not a lot of room on our side to be absorbing cost after cost after cost, between the rent and the health care and the DOH pressure and all the other stuff rolling up. It's going to have an impact, but the question is, what's gonna be the straw that breaks the camel's back and really changes things?
[Photo] 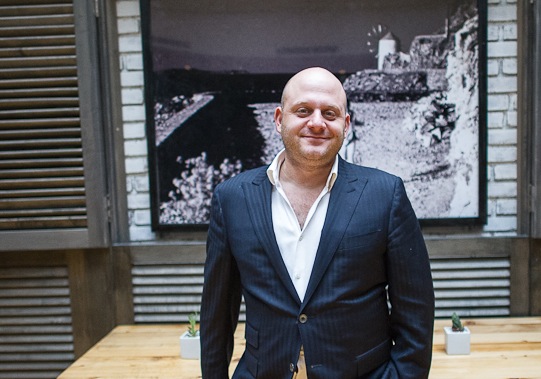 James Mallios, owner of Amali. Before opening his Upper East Side restaurant, Mallios was an attorney practicing employment law:
We made the decision about a month or two ago to start giving vacation time to our employees, so when this law got passed I just sort of put it all together. We made the decision for a couple reasons. On an altruistic level, I used to work at a job where I had sick days, and I didn't think twice about it. Someone should be able to do that. It doesn't make them a bad employee, it doesn't make them a bad person, it just means their priorities are correctly aligned. And on a completely selfish level, in terms of dollars and cents, one of the most under-appreciated assets in the restaurant business is your employees. There's an amazingly high cost to attrition. The amount of money it takes to replace and retrain people, or even just little things, like maybe a server knows that Mr. and Mrs. So-and-so like their thing a certain way. Or a cook knows how a chef likes certain things. There's little nuanced things that you can't put a price tag on. In the real world, like if a law firm is hiring, it's about how much you get paid and what are your benefits. People look at that stuff in every single job, and why should the hospitality business be any different? If you offer better benefits and attract better employees, you will be delivering a better restaurant. It's not something you can put as a line item, but it reflects in the product, and you'll see the benefit over time.

Every time they try to legislate things in the workplace, there's always gonna be some pitfalls or some difficulties. One thing that is not very good is that the penalties are kind of small. There's no attorney's fee provision. Usually the way the government enforces civil rights legislation or employee rights legislation is that they provide for attorney's fees. So the most unscrupulous employers might be inclined to just ignore the law in this situation, because what are the odds that their employees are gonna go out and get a lawyer? The worse that happens is that they gotta pay $250 or whatever, it's not that much of a fine.
[Photo] 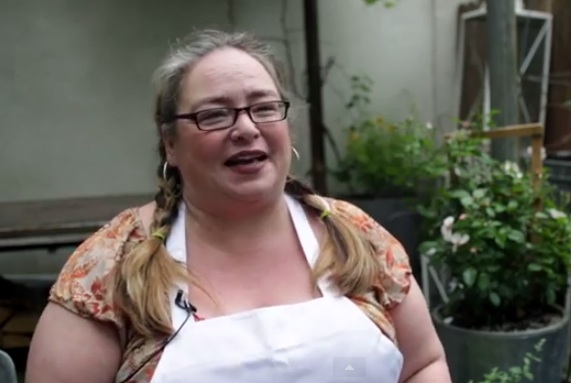 Monica Byrne, co-owner of Home/Made and founding member of Restore Red Hook, an organization helping small businesses recover from Hurricane Sandy:
Philosophically I completely love the idea of paid sick leave. I love the idea of a living wage. I'm not one of those people who is trying to pay the smallest amount of money possible. However, altogether too often when politicians legislate things, they don't necessarily think about how it's going to be administered, how it's going to impact the people on the other end of it. This law requires that any business that has five employees or more is compliant, and it doesn't matter whether those employees are part time or full time, it doesn't matter what kind of business it is or anything like that. Which means that you need to have this infrastructure where you're managing and charting the hours of every employee, because every time an employee reaches 30 hours of work for you, you then owe them one hour annually in paid sick leave. If I have someone who pinch hits every once in a while, I still need to be charting their hours. And then how am I going to be accountable for that time if they're not a regularly scheduled employee anyway? That also means I have to do all that bookkeeping for people who work one day or a few days a week. The infrastructure that we need to administer it is going to cost us huge amounts in time and energy just to track it, let alone actually paying the person for the time off.

For the purposes of government we need to talk about different levels of small business. A small business is a 500-person company, it's also a five-person company. It could be a five person hedge fund or it could be a bodega that had four part-time employees and one full-time owner. A much smarter way of introducing this would have been to look at the income of a business every year, and set the limit to businesses that are creating over this dollar amount. I'm all for getting us there, but getting us there in a sane manner that doesn't make it impossible for teeny little mom and pop—or mom and mom in my case—businesses to survive. Especially for us still recovering from Sandy, I can't afford it. Politicians really need to read the bill thoroughly and understand exactly what's gonna be involved before they vote yes on it. Because voting yes on a good idea is very different than voting yes on something that people will have to comply with.
[Photo] 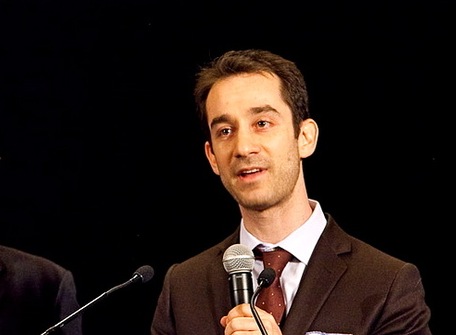 Andrew Rigie, Executive Director of the New York City Hospitality Alliance:
Generally we all support the concept of paid sick leave. We understand that there's a need for any employee to take sick leave, but our concern is the way the law was administered and also the cost to the small business owner. It becomes more and more challenging to operate a restaurant in New York City, from a regulatory standpoint as well as for the increased cost of doing business, the increased fines, increased rents, increased food costs. So when it came to paid sick leave, one of our suggestions was that it could be administered by state government, similar to other social benefits like insurance where the employer and the employee both contribute a percentage.

New York City does not have a Department of Labor. So sick leave would have been better discussed at the state level where there's a Department of Labor that is experienced in administering these types of laws. Instead the regulatory authority is the New York City Department of Consumer Affairs. We did propose that this law be discussed at the state level, but there was a lot of momentum among city officials. Hopefully now that they recognize the paid sick leave law is going to cost business owners even more money, they'll move more aggressively to reduce other fines to offset the cost of paid sick leave. At this point the law is the law, it's in everyone's best interest for the law to work, and we hope that the city will work with business owners instead of using the law to raise revenue for the city.
[Photo]
· All Coverage of Paid Sick Leave [~ENY~]