San Antonio Bakery and Other Great Cheap Places in NYC

Share All sharing options for: San Antonio Bakery and Other Great Cheap Places in NYC

Named after a port city in Chile's southwest, San Antonio Bakery has been a fixture in Astoria for decades. In addition to glass cases loaded with baked goods in a sales area, the establishment boasts an informal dining room that looks across the Grand Central Expressway toward LaGuardia Airport. At San Antonio Bakery you can order sandwiches (many named for Chilean politicians) and a handful of hot dishes per day on a rotating basis, including grilled fish, seafood chowder, baked spare ribs, and even a casserole of potatoes and abalone drawn from Chilean waters. At $14.95, it's the most expensive thing on the menu. The bakery's cakes and crackers are also worth considering, in addition to alfajores: a pair of wafers with a generous dulce de leche filling and topped with powdered sugar, considered the national cookie. 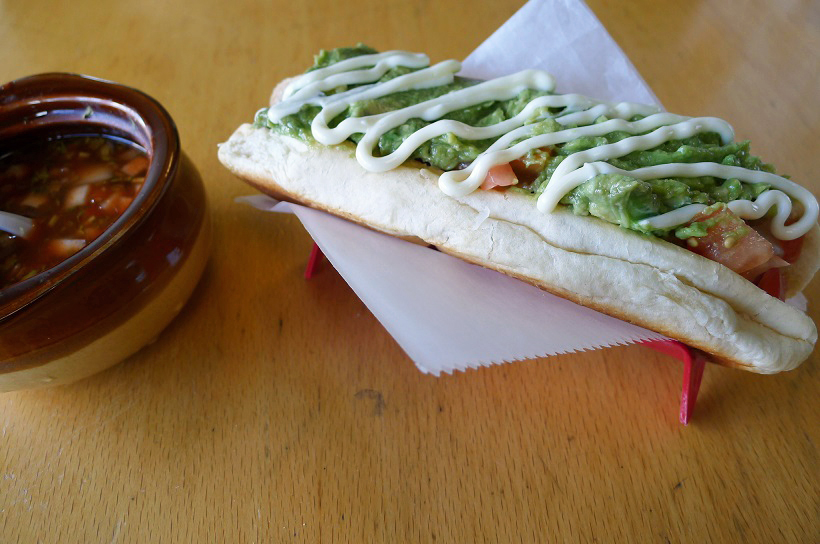 The cheapest meal of all is a dolled-up hot dog that has long been the bakery's claim to fame: a "completo" ($3.50) that arrives so lushly dressed that the weenie disappears from sight. As shown, it comes grandly mounted on a red plastic frame, like an odalisque on a couch, with gobs of plainish guacamole, squiggles of mayo, diced tomatoes, lettuce, and sauerkraut (thank you, immigrant Germans!), on a bun fabricated on the premises. Eating it without covering yourself in toppings is a challenge. (36-20 Astoria Boulevard, Queens, 718-777-8733) 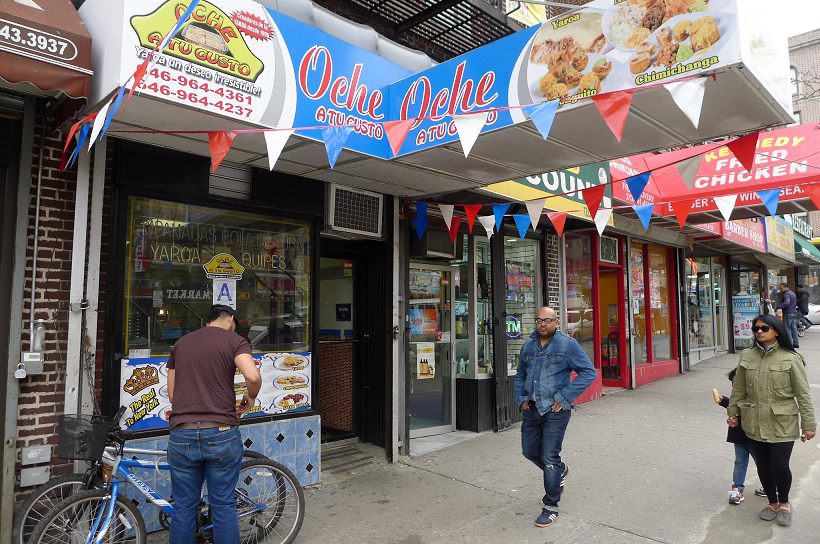 Ever heard of yaroa? Neither had I, perhaps because it only joined the street-food canon of Santo Domingo, Dominican Republic in 1999. And now it's available at a new Dominican-style fast food counter in Washington Heights called Oche A Tu Gusto. It comes two ways: yaroa de papas is a heap of steamin' fries topped with ketchup and ground beef or ground chicken (I got both), then blanketed with white cheese. 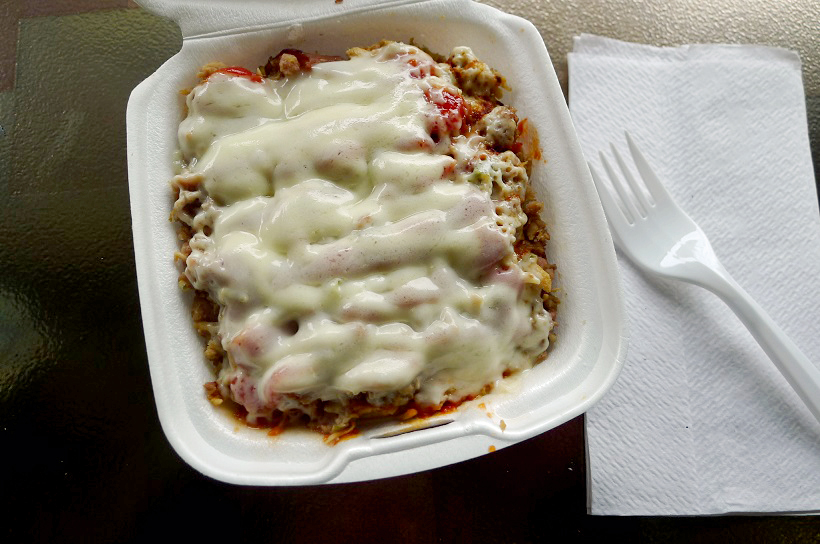 There aren't a helluva lotta places to get Trinidadian food in Manhattan these days. In fact Terry's Gourmet Deli is the only one I know of below 110th Street, besides a cart or two. The place is a normal sandwich-and-stew deli with an upscale veneer and plenty of room — but no seating. But look again to see that everyone in the place is Trini, and they make wonderful rotis as a sideline, or maybe just to feed each other. 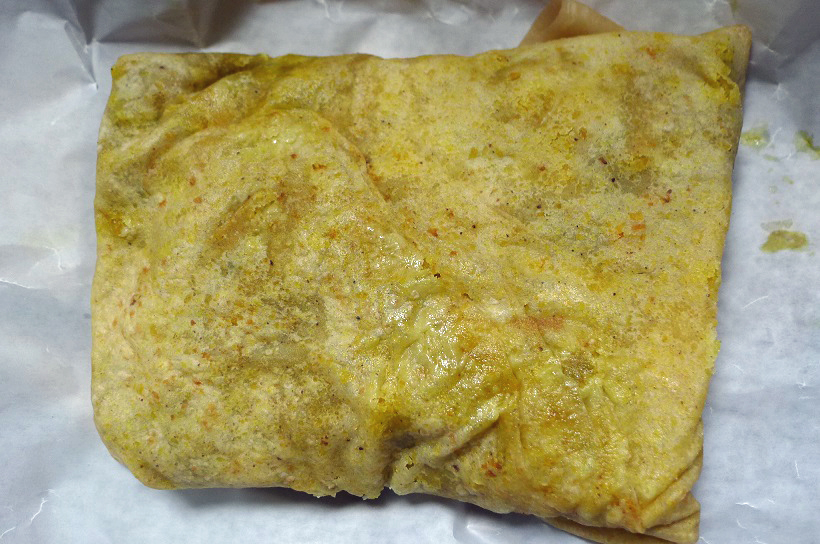 The roti, of course, is a sugar-cane cutter's meal made with an Indian flatbread called dal puri — with crumbly yellow split peas between its gossamer layers — wrapped around a filling of potatoes and chickpeas, to which curried chicken may or may not be added. Also request a squirt or two of the Scotch bonnet pepper sauce that crouches in the unlabeled bottle by the curried chicken reservoir on the steam table. Before ghost peppers, this sauce was the hottest thing in the world. (575 6th Ave, 212-206-0170)
· All Coverage of Sietsema's Cheap Eats Recommendations [~ENY~]