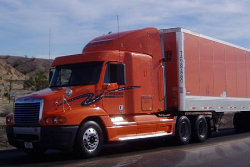 We figured that about 98% of what people eat, and it might be even higher in New York City, comes through wholesale channels, whether you're buying at a restaurant like Roberta's or from a grocery store or wherever, that needs to be brought down from a farm, packed and then unpacked, and then distributed through various channels here, whether it's a wholesale market up in South Bronx or other places, so we figured that if we wanted to keep those midsize farmers, who are the ones that are disappearing at the quickest rate, active and farming, we had to figure out how to crack the nut as it comes to wholesale distribution, and that's what Greenmarket Co. is all about. 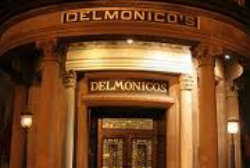 2) Delmonico's Through the Ages:
Linda Palaccio delves into the history of Delmonico's, which is known as America's first fine dining restaurant, founded in 1827. Among other legends and details of the age-old restaurant's history:

At one point, the Delmonico's downtown was a hotel, and it's even been said that it was also a brothel 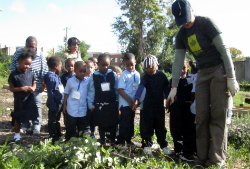 3) School Gardens in NYC:
Bensonhurst eleventh-grader Celeste Munoz shares her thoughts about the necessity of gardens in NYC schools, interviewing other students involved in their school gardening programs about the benefits of their programs growing, cooking, and selling their own produce at school: 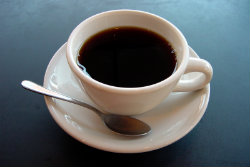 4) Crop to Cup Coffee in Brooklyn:
Mitchell Davis of the James Beard Foundation talks with Daniel Shafer of the coffee importing company Crop to Cup. They connect coffee lovers with consciously-sourced coffee at their Gowanus Brew Bar and through the mail. Here's Shafer on the oft-overlooked distinction found in the diversity of green, unroasted coffee beans:

I would reference one case where we've imported coffee from this one place, from the same mountain, two different sides of that mountain, same weather, same processing methods, same drying techniques, same agronomists had been to that area, shown farmers how to use different pruning techniques, and the coffee tastes wildly wildly different, roasted to the same level. 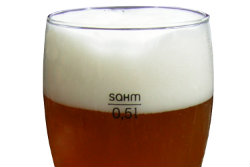 We just made a decision that, look, if we really want to speak about quality and walk the walk, we've got to start leading the charge, not differently from what the original wave of craft brewers were doing in beer, saying, we need to take it to the next level.